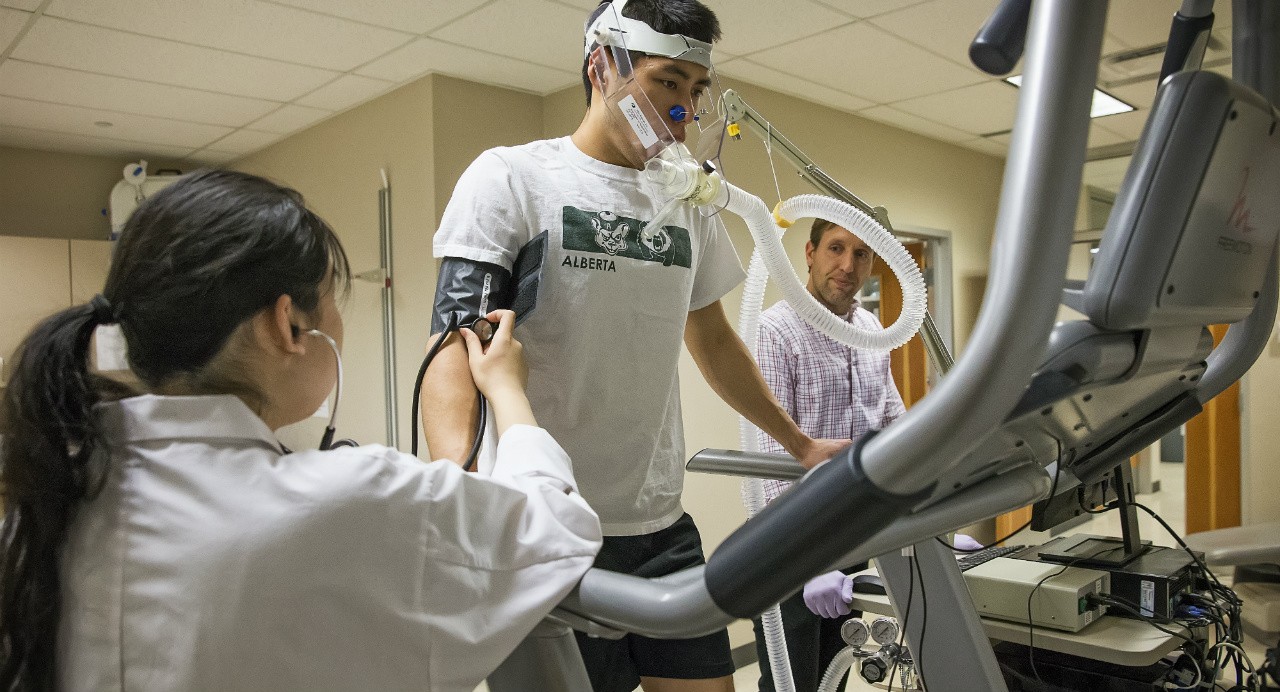 Gains in sports-related subjects and mining engineering bolstered a strong showing by the University of Alberta in the 2018 QS World University Rankings by Subject.

The U of A moved up three spots to finish seventh in the area of sports-related subjects, while the mining engineering specialty jumped four rungs to land in 14th.

Kerry Mummery, dean of the Faculty of Kinesiology, Sport, and Recreation, said the improvement, which is based on relative performance in research rankings—citations and h-index citations—shows the importance of research, as well as institutional reputation.

“Our strength in research is our diversity in research,” he said. “Although the term 'sport' is featured in the name, the term encompasses work we do in the areas of sport, exercise, physical activity and health. Our diversity extends to the aspect of the areas studied—biological, mechanical, behavioural and sociocultural.”

The strength in the U of A’s mining program, according to Samer Adeeb, interim chair in the Department of Civil and Environmental Engineering, lies initially in the diverse research projects, including geostatistical modelling of mining applications, performance of mining equipment, rock mechanics, mining systems optimization and safe mining techniques.

With a solid research base in place, the program has built a close relationship between its researchers and the mining industry.

Nursing, which has been an anchor for the U of A’s subject rankings surge since QS started slicing up its overall rankings three years ago, landed in the top 20 again, grabbing 18th place.

Education, a top 50 mainstay, moved up eight spots to 41st, while the U of A’s standing in the areas of pharmacy and pharmacology, and archeology resulted in respective 47th-place showings.

The university also repeated its 90th-place showing from a year ago in the broad subject area of life sciences and medicine.

The methodology for compiling each subject ranking can vary greatly and depends on the publishing rates in each area. Academic reputation, which accounts for anywhere from 30 to 90 per cent of the weight given in determining the rank in a subject area, draws on responses from 75,015 academics worldwide. Other measures include employer reputation, which makes up between 10 and 30 per cent of the measure; citations per paper, which also accounts for between 10 and 30 per cent; and h-index—a way of measuring both the productivity and impact of an academic’s published work—which is valued anywhere from 10 to 30 per cent.

The new rankings come on the heels of Times Higher Education’s subject rankings, which saw the U of A excel in education (60), clinical, pre-clinical and health (77), law (83) and psychology (99).

To start the academic year, the U of A had a top five showing in the Maclean’s University Rankings—the U of A’s 12th such showing in a row—as well as a strong performance in the 2018 QS Graduate Employability Ranking, with the employment rate of U of A graduates ranking first in Canada and 52nd in the world.

Earlier in the year, the university jumped four spots to 90th in the 2018 QS World University Rankings.

Other recent rankings of note include one released by the Center for World University Rankings, which listed the U of A among the world’s best in five subject areas, including sixth in transplantation; fifth in each of forestry, geology and petroleum engineering; and third in paleontology.

Times Higher Education also has the U of A ranked as the world’s 31st most international university, ahead of the University of Toronto (32), Harvard (33), Stanford (36) and Princeton (37).