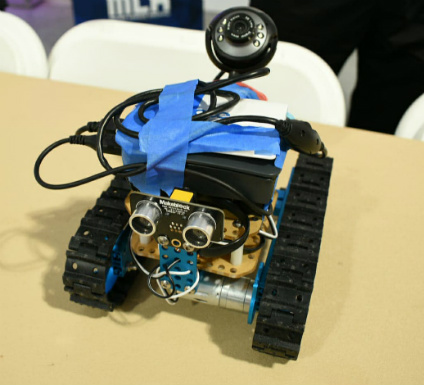 The robot, named "Paul-E Blart," can take photos of an intruder, identify them using facial recognition software and send the images and the intruder's name to security staff or homeowners. 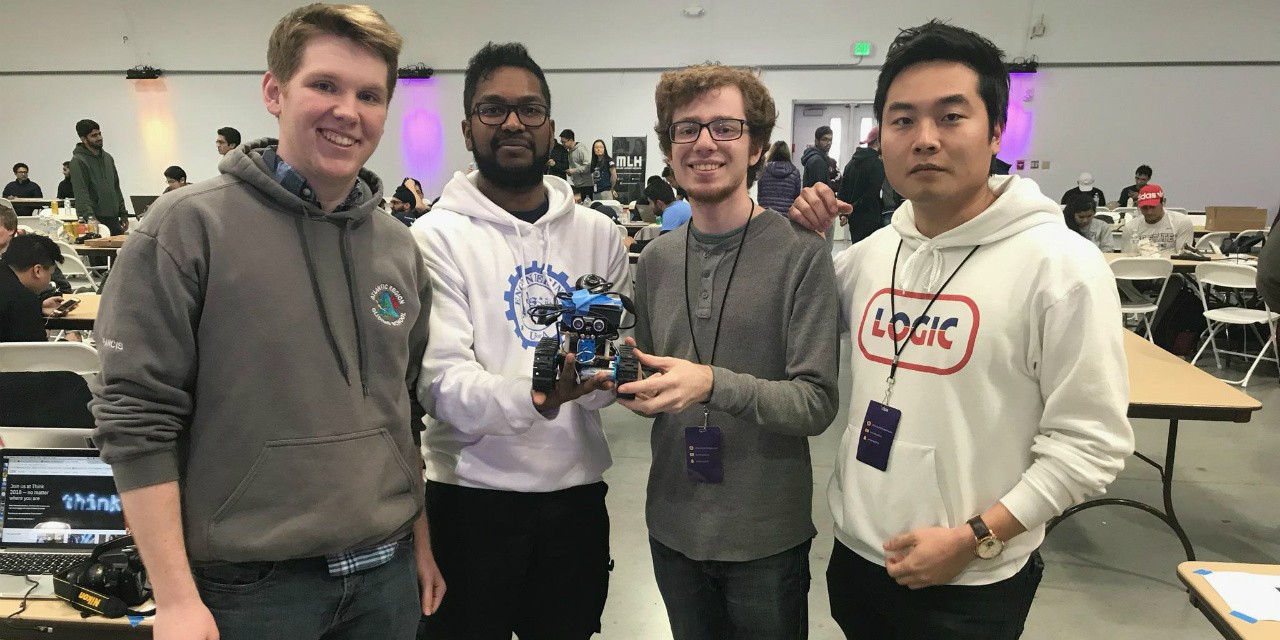 A security robot that takes pictures of intruders, identifies them using image recognition software and sends the image along with the intruder’s name to a third party took three top prizes in a 24-hour hackathon in San Francisco recently.

“I honestly didn’t think we would win. I was absolutely intimidated,” said Megnath Ramesh, a final-year University of Alberta electrical engineering student who led the team that programmed the robot. “We’re talking about an entire college society that wants to be the best in tech. I still can’t believe it.”

Ramesh, who slept a total of 10 minutes over 30 hours, said he was exhausted when he found out his team had bested 35 other teams at the SF Hacks competition in the best overall hack, best usage of IBM Watson, and best hardware hack categories.

A hackathon is a tech-building marathon with a goal to build any tech project in 24 hours and demonstrate it at the end. For SF Hacks, the teams of four could bring in any hardware or software they need, but all programming was to be done from scratch at the competition.

Ramesh led a patchwork team made up sight unseen of a pair of programmers from California and a student from the Maritimes whom he had recruited in the weeks before the competition, to build the security robot they named Paul-E Blart—a play on the names of the lead characters in the movies Paul Blart: Mall Cop and WALL-E.

“We finished about 45 minutes before the deadline,” said Ramesh. “We are four different people from four different areas in North America. It could have gone any way, but I think it all came together at the right time.”

In accepting praise from the judges, Ramesh said he recalls one of the sponsors’ representatives telling him his team’s obstacle avoidance feature on the robot was “not half bad.”

Ramesh, an international student from India, said he originally became interested in programming during a co-op in Montreal. “It was a trial by fire.”

That experience drove him to seek out opportunities to learn more. He started attending local hackathons, including two hosted at the U of A.

“There are a lot of developers on campus—I am talking about technology gurus,” said Ramesh. “We have a very vibrant tech community here in Edmonton. If me winning in San Francisco can bring us some recognition, I would be honoured.”