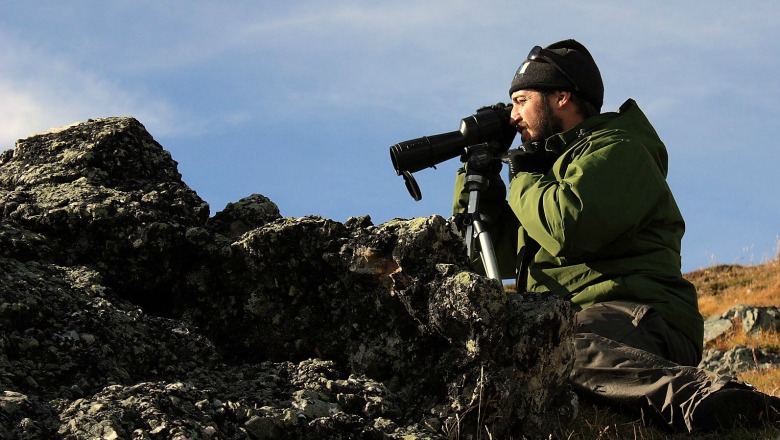 (Edmonton) As a PhD student at the University of Alberta, Aaron Shafer had a knack for getting at the very DNA of how things work. But his research in discovering the evolutionary path of the iconic North American mountain goat took some twists and turns on the way to earning him the Canadian Association for Graduate Studies 2013 Distinguished Dissertation Award.

At one point, he found himself poring over information from 200-year-old logs by Russian sailors who reported seeing “white deer” on Baranof Island in Alaska. It had been thought there were no goats on the island until a small herd was introduced in the 1920s. But DNA sampling and the sailors’ observations told a different story.

In terms of understanding the health of wildlife populations, this is a critical finding, Shafer notes. “The more genetically diverse, the healthier these populations are. Diversity allows evolution to occur. It's like a genetic bank account that's large enough to allow populations to change and cope with change to climate. If you don’t have that, the ability to change is seriously impaired.”

Shafer’s dedication and his appreciation for the natural world impressed the judges of the award competition. Ronald Anderson, an engineering professor from Queen’s University, noted, “In working through the applications, Aaron’s project grew on me. He has tackled some deep evolutionary questions and had some creative ways of answering them. I’ve been around the university for a long time and you don’t see CVs like this from a new PhD.”

Shafer’s creative approach in using the sailors’ records to support his findings meant making a place for himself in the community of Sitka, Alaska, where part of his research was based. While he was there, his connection with the community inspired another kind of storytelling. Tlingit master weaver Teri Rofkar revived the art of creating ceremonial robes from the wool of mountain goats—a tradition that goes back centuries. When she heard of the research, she contributed some of the Baranof Island mountain-goat wool she had collected so DNA samples could be taken. The project inspired her to create a design that incorporates the DNA double helix as well as the traditional top borders representing glaciers.

Shafer’s PhD supervisor, David Coltman, says his biggest challenge in working with Shafer has been trying to keep up with him.

“Aaron is one of the students we dream of working with at least once in our research careers,” said Coltman, professor and acting chair of the Department of Biological Sciences at the U of A. “Students sometimes look for the path of least resistance in their research—not Aaron. He is passionate and creative in his approach to his work and life. For example, in his first year at the U of A he grew a moustache and started hunting and fishing—finding the authentic and, as Shafer himself says, ‘incredible’ Alberta wilderness experience.”

Shafer is equally enthusiastic about his mentor and time at the U of A. “I actively sought out Dr. Coltman for my PhD studies because in my first month as an MSc student at Acadia, my supervisor told me to look up his work.

“Dr. Coltman is as good as it gets, nationally and internationally. None of this would have been possible without him and the resources provided by the U of A. I came from an MSc program where I had to send samples away to be sequenced, taking over two weeks to get results, to the U of A where I could walk down the hall and have my data in two hours.”