UAlberta students reach out to engage the North 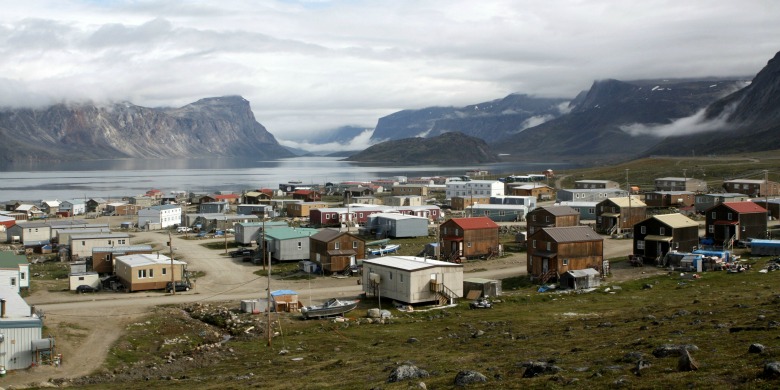 130424-engage-north-banner
Three UAlberta engineering students journeyed to the hamlet of Pangnirtung, Nunavut, this summer to help with flooding and energy conservation issues.

(Edmonton) Three University of Alberta engineering students who spent their summer working in a small northern community have had a major impact on energy use and flood control by applying their engineering know-how to help solve local challenges.

As part of the newly established Engage North initiative, engineering students Stephanie Lettner, Heidi Johnson and Keita Hill worked for the hamlet of Pangnirtung, Nunavut, from May to August. Hill was tasked with finding solutions to annual spring flooding that affects the town; Johnson and Lettner worked on finding ways to reduce the hamlet’s power bills by using energy-efficient lighting.

“Their impact on our community was so much more than I imagined,” said Ron Mongeau, chief administrator of the hamlet of 1,500 residents. “It has been really gratifying.”

Already, plans are being made to help alleviate flooding, and the town has taken enormous strides on energy conservation.

Based on a research report and recommendations compiled by Lettner and Johnson, the hamlet decided to use LED lighting and connected with Vancouver-based LED Canada to upgrade its lighting systems. The new lighting will be paid for through monthly savings in energy costs, rather than up front.

“We were able to do this largely based on the work that Heidi and Stephanie did. Now, we’re hearing from other municipalities around Nunavut saying, ‘We want to look at what happens with you and consider it for our own towns,’” said Mongeau.

For a region that uses diesel fuel to generate electricity and goes without daylight for much of the winter, lighting costs add up quickly. And there are big savings to be found in LED lighting.

Lettner and Johnson took stock of lighting in about 12 buildings owned by the hamlet, including a pumphouse, administrative offices, a huge garage, an airport, a daycare and an arena. They also documented all of the furnaces and water heating equipment and saved that data in a separate spreadsheet for a future energy conservation project.

With the lighting data in hand, the two then researched three years’ worth of power bills from each of the buildings. Although it was challenging to try to determine what percentage of power was drawn by lights, seasonal spikes in energy use told an interesting story.

“Looking at the utility bills, you can definitely see that in the winter there is way more energy use,” said Johnson. “In the pumphouse most of the energy is from the pumps. But in other buildings where there are people, you can see the difference in lighting costs.”

To help prevent spring flooding, Hill travelled north with surveying equipment and checked the slope of all of the culverts in the hamlet, accompanied work crews installing new culverts and worked with the town foreman to try devising ways of thawing ice that blocks the culverts in the spring.

“The ultimate issue that needs to be solved is heating the culverts or putting something in place so during the winter they don’t fill with water,” said Hill. “The culverts are the last things to melt—it’s ice in a metal tube underground. In the spring, water just goes over the roads … culverts just don’t work well up there.”

Mongeau was impressed with Hill’s knowledge and contributions to the community.

“Keita gave us a very good overview of what we need to do to put together a comprehensive drainage plan for the community. It is going to be a little more of a long-term project,” he said.

Mongeau added that the hamlet is considering future projects with Engage North, which aims to connect university students from across Canada with northern and remote communities.

Engage North is the brainchild of mechanical engineering professor Larry Kostiuk, who says he “couldn’t imagine a more positive outcome” from the first summer fellowships.

Kostiuk says he “tried every way possible” to get the hamlet and its elders to be critical of Engage North so it can improve, “and they told us nothing but positive things.”

He added that Engage North, which is funded by the U of A Office of the Provost and the Department of Mechanical Engineering, has been in touch with other remote communities, which may result in more positions for fellowships in 2014.

UAlberta students reach out to engage the North
Newsroom