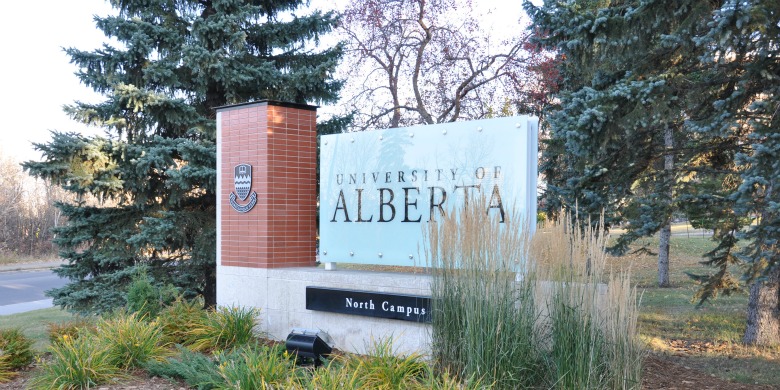 120420-uofasign-banner
The University of Alberta has been named one of Canada's Greenest Employers for the fourth straight year.

(Edmonton) The University of Alberta is becoming a sustainability dynasty when it comes to recognition for going green.

For the fourth time in as many years, the U of A has been named one of Canada’s Greenest Employers by judges of the annual competition. The designation recognizes employers that lead the nation in creating a culture of environmental awareness, who have developed exceptional Earth-friendly initiatives, and who are attracting people to their organizations because of their environmental leadership.

“Winning the Greenest Employer is another key indicator of how seriously we are taking sustainability initiatives at the University of Alberta,” said Trina Innes, director of the U of A’s Office of Sustainability. “We want to be a model of success for higher education in academics, operations and outreach.”

Some of the projects highlighted in the decision include the establishment of the Office of Sustainability to oversee and create awareness about the university’s many environmental initiatives. Judges of the greenest employers also pointed out that the university’s recycling program, established in 1975, now includes an in-house recycling transfer centre to compact recyclables, and even a “green demolition” program to encourage salvage and re-use of building materials as part of on-campus renovations and demolitions.

Ensuring that the U of A remains a sustainability leader, the Office of Sustainability is collaborating to roll out a number of new campus initiatives, which include adhering strictly to green procurement principles and implementing a greening-the-workplace program known as ecoREPs. This program invites campus citizens to take a leadership role in implementing green projects across their work unit.

In an effort to reinforce campus engagement, the university is the first post-secondary institution to partner with the new One Simple Act on Campus initiative that encourages employees, faculty and students to commit to doing one of 20 possible actions related to waste reduction, energy efficiency, sustainable living or water management.

The U of A also recently earned a silver rating for its sustainability efforts from the Sustainability Tracking, Assessment & Rating System, or STARS, a new system that rates post-secondary institutions in Canada and the United States.

STARS is a self-reporting framework for colleges and universities to measure their sustainability performance. Participating institutions assess their sustainable practices in the areas of education and research; operations; planning, administration and engagement; and innovation. The U of A’s score places it second among the 14 Canadian institutions that have received recognition from STARS, just behind the University of British Columbia. More than 150 post-secondary institutions across North America have taken part in the STARS program, which ranks participants with a Reporter, Bronze, Silver, Gold or Platinum rating.

“This is more evidence that others appreciate our efforts,” said Innes. “We hope this recognition will attract new employees and students who are interested in growing the culture of sustainability on campus."

Highlights of the U of A’s greenest employers recognition