Telehealth technology leads to 315% increase in distance speech and language treatment at Institute for Stuttering Treatment and Research. 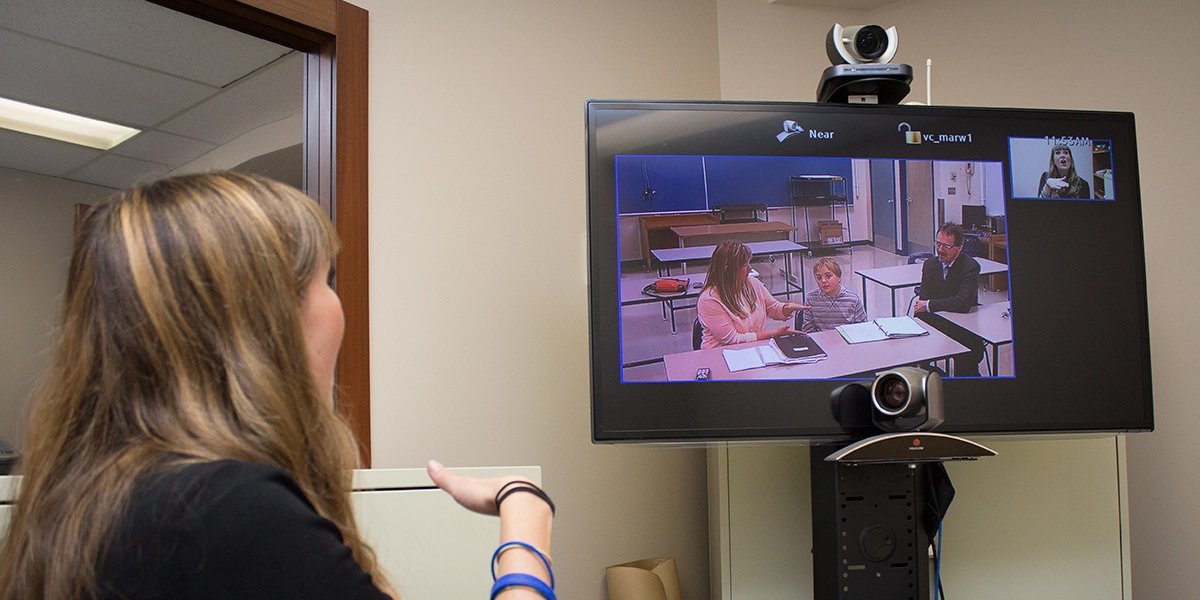 A partnership between UAlberta's Institute for Stuttering Research and Treatment and Telus allows ISTAR clients like 11-year-old Connor Franklin to receive speech and language treatment without having to travel to Edmonton or Calgary.

With a severe stutter and language delay that makes it difficult to understand speech or express himself the same way as other children, the 11-year-old is struggles to have his words come out smoothly.

“Before he started school, he would often withdraw and play by himself because he couldn’t communicate the way we expected him to,” said his mother Ilona Franklin. “It was like he was constantly in a room where people were speaking another language and he was trying to decode it. Sometimes he just needs quiet time, to be left alone without words.”

Connor has been treated by speech-language pathologists on and off for more than half his life in their hometown of Marwayne, near the Alberta-Saskatchewan border, sometimes with mixed results.

By the time Connor reached Grade 3, his stutter became more severe, leading to difficulty being able to effectively communicate with others. Those around Connor “saw a boy who was in danger of falling through the cracks,” Ilona said.

With help from a new hometown speech-language pathologist and his supportive family, Connor made steady improvements, speaking more smoothly with fewer “bumps.” Within a year, however, the progression levelled off.

Their speech pathologist recommended treatment at the Institute for Stuttering Treatment and Research (ISTAR) at the University of Alberta, but the distance to Edmonton—five-hour return trips each week—was impossible for a busy family with three school-age children.

Thanks to new polycom technology that ISTAR purchased with a $20,000 grant from the Telus Edmonton Community Foundation, Connor, now 11, received the treatment he needed at a distance. The audiovisual technology allowed for regular one-hour sessions earlier this year.

“His speech has definitely improved, but more importantly, he’s more confident and he’s more at ease with himself,” said Ilona.

The polycom technology has allowed ISTAR to treat a growing number of clients like Connor who are unable to travel to ISTAR clinics in Edmonton or Calgary for treatment. In fact, the institute’s distance client list went from 40 to 170 in just one year—a 315 per cent increase, says Deryk Beal, ISTAR’s executive director.

“The technology opens new doors so that anyone, regardless of geography, can speak more fluently and with increased confidence through ISTAR’s proven stuttering treatment program,” said Beal, a speech-language pathologist and assistant professor in the Faculty of Rehabilitation Medicine. “That kind of confidence boost can be life-changing.”

The grant from the Telus Edmonton Community Board focuses on empowerment through the use of technology, especially to help youth like Connor, said Telus vice-president Mark Komlenic, vice-chair of the community board.

“The board is inspired by the unique and important work being done by ISTAR in raising awareness and treating a condition that can be debilitating for so many at any age. Telus is so very pleased our gift of $20,000 has helped enable ISTAR to offer its stuttering therapy programs through telehealth to those living outside Edmonton or have difficulty getting to the clinic.”

Distance treatment not only saved the Franklin family from the upheaval of daily commutes, but it also meant Connor could participate in sessions during his lunch hour at school, in a familiar environment. He also had extra support from his local speech-language pathologist, who participated in many of the sessions.

When Connor began his treatment program at ISTAR, his stutter was rated very severe, said Ilona. Today, his speech is not perfectly fluent, and his delay means understanding language like his peers may always be a challenge. But more importantly, she added, he understands that he has the tools to speak with more confidence.

With that newfound confidence, Connor has joined a local drama group, preparing for a role in an upcoming production of Beauty and the Beast. With the help of his speech-language pathologists, he also gave a presentation to his classmates—an exercise aimed at educating his peers about stuttering.

“Connor’s experience with ISTAR helped him realize that he has something he can do to fix this, and it’s perfectly within his reach, that he just has to practise,” said Ilona. “It made him feel that there wasn’t anything wrong with him, that’s he’s just different—everybody is different and this is just one of the differences.”