Partnership creates more opportunities than ever for student researchers and academic leaders from China to learn at UAlberta. 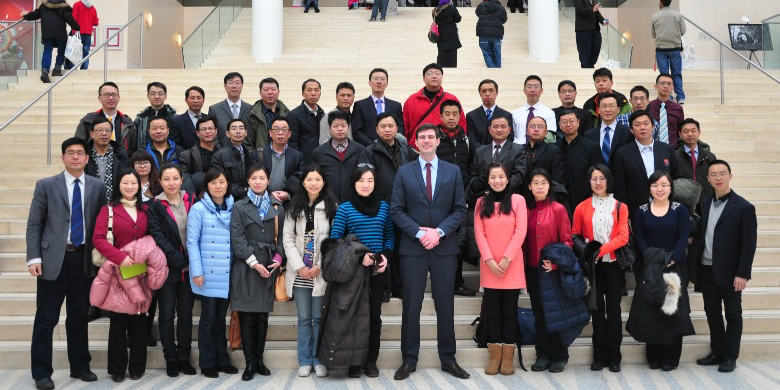 (Edmonton) The University of Alberta’s strong connections to China have produced a new distinction for the university.

According to the China Scholarship Council, the U of A now receives more CSC-sponsored students and scholars than any other institution in the world.

“This is quite an accomplishment for our institution and builds upon our university’s global profile,” says Britta Baron, vice-provost and associate vice-president (international). “We appreciate and cherish our long-standing relationship with the China Scholarship Council and look forward to exploring new areas and dimensions of collaboration in both teaching and research.”

The U of A works in partnership with CSC at all levels of the academic community, providing opportunities for undergraduate research interns, fully funded graduate students and post-doctoral researchers, and leadership training for university leaders and administrators.

The news of the U of A’s top ranking comes as 38 CSC-sponsored university leaders are taking part in University of Alberta International’s Global Academic Leadership Development program. Participants arrived in late March and will be on campus until June 20.

This is the third—and largest—cohort of CSC-sponsored scholars to participate in the leadership development program. Participants include several deans and senior-level administrators from some of China’s highest-ranking institutions, such as Beijing University and Zhejiang University.

In 2013, the U of A received more than 250 students and scholars funded by the China Scholarship Council, including

In 2014, 38 scholars are participating in the Global Academic Leadership Development program, running March 24 to June 20.

Up to 40 scholars are expected in the GALD program in fall 2014.