This funding will allow the U of A and our peers to attract the best and brightest to advance the scientific discoveries, solutions and ideas that will benefit Canadians for generations to come. 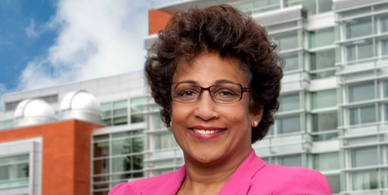 (Edmonton) The University of Alberta is among the top Canadian research universities that will vie for grants from the Canada First Research Excellence Fund—and has already prepared a number of research proposals for the first round of competition.

“This major research fund is a visionary investment that will ensure Canada remains competitive globally,” said U of A President Indira Samarasekera. “It will help universities such as the University of Alberta—and Canada’s post-secondary sector more generally—to promote and strengthen areas of research excellence in which we have the proven capacity to lead on the global level.

“This funding will allow the U of A and our peers to attract the best and brightest to advance the scientific discoveries, solutions and ideas that will benefit Canadians for generations to come.”

“Researchers at the U of A have made pioneering advances in all of these areas,” said Samarasekera, “and we are continuing to address pressing challenges in energy and the environment. We are pursuing breakthroughs in sustainable agriculture and food security, nanotechnology and biomedical engineering. And we are advancing global health through our groundbreaking research in areas such as diabetes, infectious disease and transplant science.

“We are well positioned to compete for CFREF funding.”

Samarasekera and former UBC president Stephen Toope were among the chief architects of the proposal that led to the creation of the fund. The proposal was put forward with support from the U15 Group of Canadian Research Universities and the Association of Universities and Colleges of Canada.

“Since February, we have been working in collaboration with both the U15 and AUCC to help the federal government shape the program’s design and implementation,” Samarasekera noted, adding that the U of A is now ready to review six internal proposals to evaluate their potential for success in the first round of funding, as well as the next round in 2015.