One of Canada's first deaf physicians is turning a career fantasy into reality with help from the Faculty of Medicine & Dentistry. 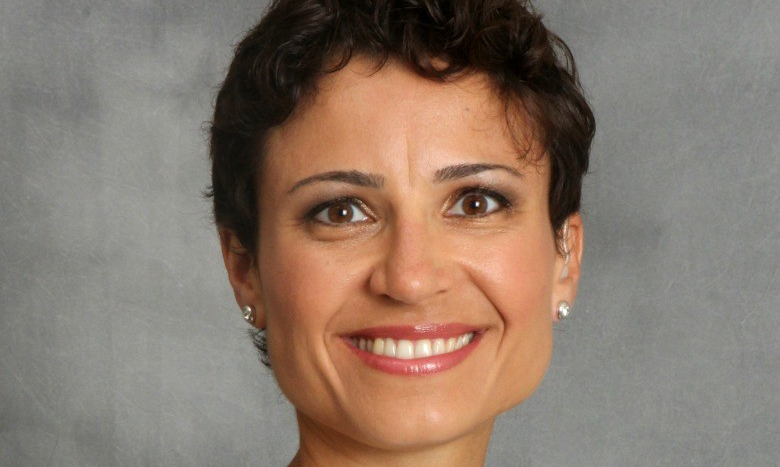 (Edmonton) When Jessica Dunkley was 10 years old, her aunt gave her a life-altering gift: a plastic anatomy doll. She spent hours taking it apart and putting it back together, fascinated by the complexity of the human body. As she reassembled the doll, she decided that she would one day wear a white jacket, a dream that she called a “fantasy” for much of her life.

In 2010, fantasy met reality when Dunkley graduated from medical school as one of the University of Ottawa’s Extraordinary Women, which celebrates female trailblazers at that institution. The moment she accepted her degree, she became the first deaf Métis doctor in Canada.

As one of Canada’s first deaf physicians, Dunkley takes a special interest in connecting the deaf community with the medical community. She hosts American Sign Language medical terminology workshops for interpreters, especially those who work in medical settings. She also hosts health workshops for the deaf community. Before her medical education, she also volunteered as a physiotherapist for international events including the Deaflympics and the World Ice Hockey Championships for the Deaf.

She also takes care to connect with her Métis roots. She has worked with Aboriginal groups across the country and was inducted into the National Aboriginal Health Organization’s Role Model Program in 2007.

With medical school behind her, there was one thing missing from Dunkley’s medical career: completion of a residency program that would allow her to work with patients. Her first residency match sent her to the University of British Columbia’s dermatology program, one of the most competitive positions in the country.

Dunkley is fluent in ASL and Quebec Sign Language, and can speak English, but interpreters play a key role in her ability to participate in class. As a medical student at the University of Ottawa, she was assigned an ASL interpreter. UBC had previously provided her with an interpreter as she completed a BSc in physical therapy. As a dermatology resident at UBC, however, she was considered an employee of Vancouver Coastal Health and could not access UBC student support services.

Dunkley encountered this situation often. In most provinces, residents are considered employees of the local health authority and do not have access to student support services. Then she met Melanie Lewis, associate dean of learner affairs and head of learner advocacy and wellness in the Faculty of Medicine & Dentistry.

“She believed in my credibility,” Dunkley said of Lewis. “I met all the requirements to get my MD just like everyone else, and she didn’t question my ability just because I have a hearing loss.”

As a resident, Dunkley is considered both a U of A student and an employee of Alberta Health Services, so the responsibility to provide her with an interpreter is shared. But neither organization had ever accommodated a deaf physician, and the requirements—including how to maintain doctor-patient confidentiality and when interpretation would be needed—were unknown.

Getting beyond the status quo

To ensure that Dunkley could be accommodated, there was a significant amount of collaboration between the U of A, the Faculty of Medicine & Dentistry, AHS, the family medicine residency program and the public medicine and preventative health residency program. The Student Success Centre and Specialized Support and Disability Services also helped to work through negotiations.

Several things had to be determined. One of the most important was how the support for her interpreter would be shared. AHS also wanted to ensure that doctor-patient confidentiality would not be compromised when interpreters would be involved and that Dunkley could operate safely within the clinics.

“I think when something is new there are a lot of assumptions that need to be clarified from the start,” Lewis said. “Disabilities are a societal perspective. Her disability is something easily overcome with accommodation.”

Clarifying assumptions was an incredibly important part of illustrating Dunkley’s clinical ability. Dunkley showed that interpretation in the clinic is only required in special circumstances—with her hearing aids, she can hear in quiet one-on-one settings and reply directly to the patients. She illustrated that patient flow would not be affected because ASL interpretation happens in real time and interpreters are held to the same confidentiality agreement as physicians. Dunkley’s experience with interpreters made it easier to recruit a qualified candidate, meaning there would be no additional training required. Her specialized stethoscope, which plugs directly into her hearing aid, allows her to assess heart and breathing sounds as easily as a physician without hearing loss. Her previous experiences as a physical therapist and a medical student show she can function safely in the clinical environment. And her outstanding academic record as a medical student emphasized that she is knowledgeable about medicine.

It was the interview with a board of representatives from the U of A and AHS that cinched her place within the faculty.

“When she was interviewed, there were several people who didn’t recognize that she was deaf,” Lewis noted. “The problem in the clinical and teaching settings is that there’s background noise and competing voices. The issue for me is that she could lose out on a lot of educational opportunities and conversation unless she had interpretation.”

Dunkley began the Public Health and Preventive Medicine Residency Program in January. In this program, she will complete two years of family medicine and three years of preventive medicine.

“A person’s success is influenced by everything around them, and the University of Alberta has created an environment that makes learning much more enjoyable and meaningful,” she said.