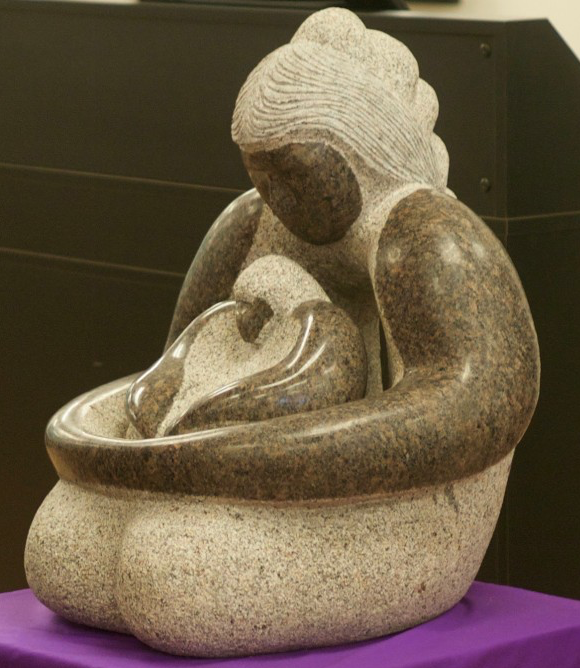 The unveiling of a Stewart Steinhauer sculpture marks the opening of an inclusive area that reflects the goals of reconciliation. 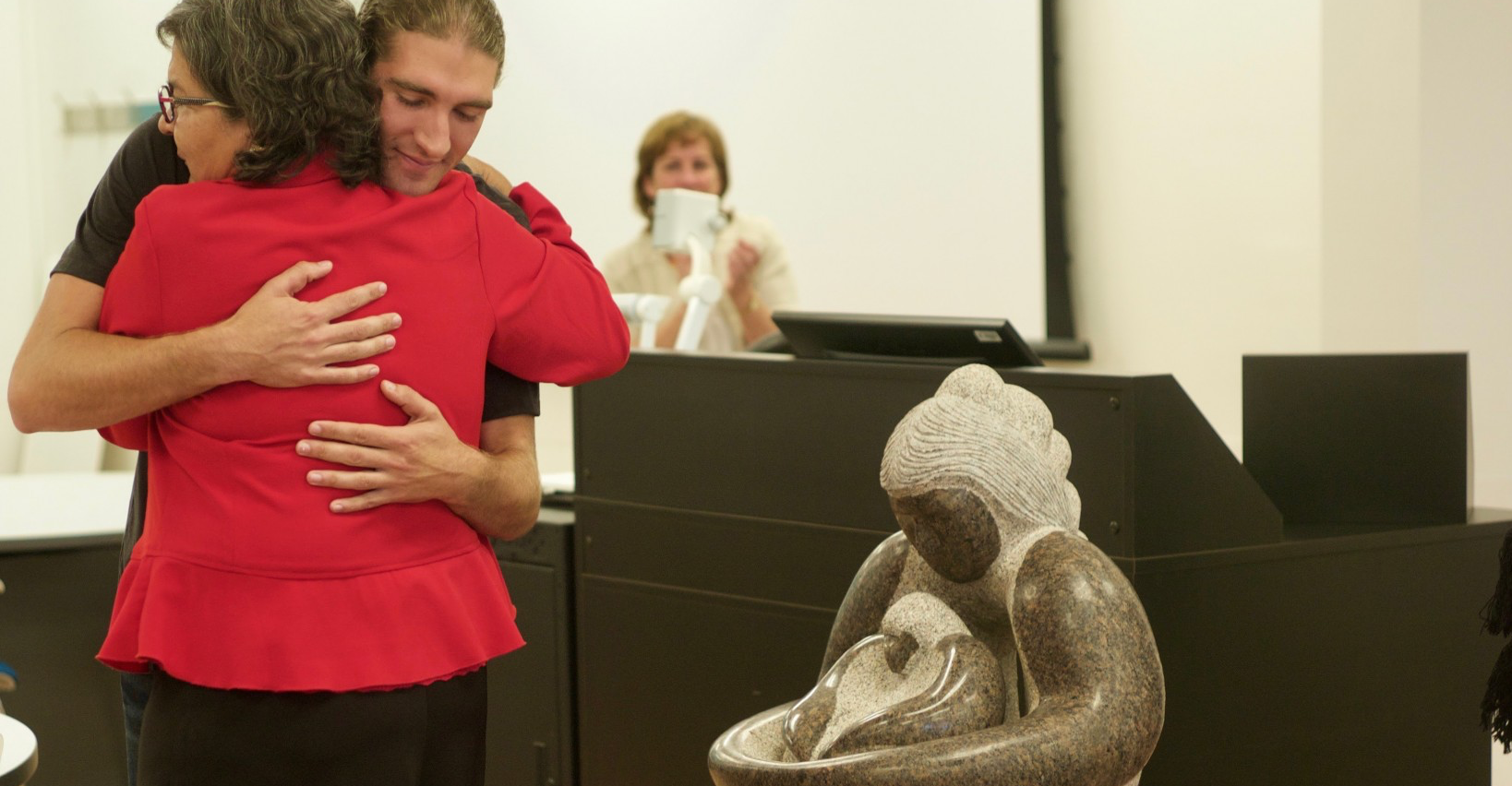 Patricia Makokis and Ben Steinhauer embrace at the unveiling of Eaglechild, a stone carving by Indigenous artist Stewart Steinhauer. (Photo by Michael Lewcio)

With the tug of a colourful ceremonial blanket, a stone carving celebrating Indigenous knowledge was unveiled to mark the opening of a new Indigenous Gathering Space at the University of Alberta’s Faculty of Extension.

The new room, located on the second floor of Enterprise Square, will serve as a teaching, ceremony and meeting space for community members and students. It was designed by architects guided by input from Elders, and reflects traditional Indigenous beliefs. The floor features a stained wood medicine circle at the centre of the room and includes traditional associations between colours, land-based teachings and the cardinal directions: red flooring to the south (the water), green to the west (the bear), white to the north (the air) and yellow to the east (the sun).

“The design reflects teachings of the Elders,” said Patricia Makokis, an Indigenous scholar with the Faculty of Extension. The ceiling has logs positioned to reflect the circle in the flooring, and symbolizes a dwelling on the land. “It’s set up to be symbolic of the poles of a teepee. Each of them represents a different set of teachings of how we should be living.” Coloured flags on the overhead poles also mark the four directions.

Makokis hopes the room plays a part in bringing people together to reflect the goals of the Truth and Reconciliation Commission.

“We need to fill that space all the time, it needs to be used.”

Eaglechild, the sculpture that was unveiled, will be installed in the gathering space, alongside four other traditional stone carvings created by Indigenous artist Stewart Steinhauer.

The artwork is a meaningful and important addition to campus, said Makokis, in an emotional address to about 70 guests who attended the event June 20.

“We absolutely need these carvings, these teachings,” she added. “When we bring this knowledge here, we are bringing our ancestors and Indigenous knowledge into this space, to know we have place here.”

The polished granite carving of a woman holding a child tells the story of a boy—half eagle and half child—and his journey into manhood as he receives gifts of wisdom and growth from rock grandfathers. The child is clasped by a female figure, representing a sweatlodge.

The unveiling of Eaglechild was followed by a teaching given by Diana Steinhauer, an instructor with UAlberta’s Indigenous Community-Industry Relations and an educator from Saddle Lake Cree Nation. She explained the story of Eaglechild, a tale that teaches about responsibility, the interconnectedness of land, the elements and how all of these intertwine during the various stages of life.

The teachings reveal “the Creator’s laws for who we are as human beings,” she said.

“This story is basically a teaching of who we are, so we don’t get lost; it teaches us all we need to live a good life,” added Ben Steinhauer, the sculptor’s son, who also spoke at the event.