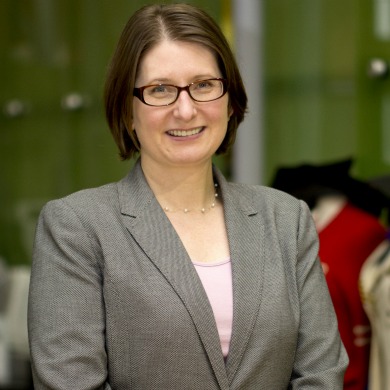 (Edmonton) The University of Alberta has a new vice-provost and university registrar. Lisa M. Collins joins the U of A team July 1, 2013.

Collins comes to her new appointment from the University of British Columbia, where she currently serves as project director and associate registrar of enrolment services. She’ll be taking over the position of vice-provost and university registrar from Gerry Kendal, whose appointment ends June 30.

Collins’ appointment was approved by the U of A board of governors at its Feb. 8 meeting.

“Ms. Collins is a rising star in Canada’s professional community of registrars, and we are excited to welcome her to the University of Alberta,” said Martin Ferguson-Pell, acting provost and vice-president (academic).

Through her work at UBC, Collins has proven leadership and experience in administration of student-centred enrolment services, admissions, and high-level strategic advising on major initiatives, policy-making and policy interpretation.

“Ms. Collins shares with the University of Alberta a vision that is student-centred and supports the academic journey from start to finish,” Ferguson-Pell said. “Her talent will add to the exciting dynamic that thrives on our campuses.”

Collins holds a master of library and information studies from UBC and a bachelor of arts, majoring in French studies, from York University. She also has certificates in college and university administration from the University of Manitoba and is working toward a certificate in strategic leadership from UBC’s Sauder School of Business.

Drawn to the U of A’s dynamic energy and talented people, Collins is excited about contributing to the institution’s ongoing success.

“The University of Alberta has, in the last decade, stepped onto the world stage as a leading Canadian university, and I’m inspired by the strength of its reputation, the quality of its education and research programs and the ambition reflected in everything the U of A says and does,” she said.

Collins sees the Office of the Registrar as playing a key role in helping the U of A achieve its ongoing goals as outlined in Dare to Discover.

“We are uniquely positioned to support the academic enterprise, and to facilitate for students the business of being students, so it frees them to participate in learning activities. We play a role in supporting all four pillars of the university’s vision, working with the campus community, and I look forward to being a part of that.”