Program sits 6th in Canada and 60th in the world. 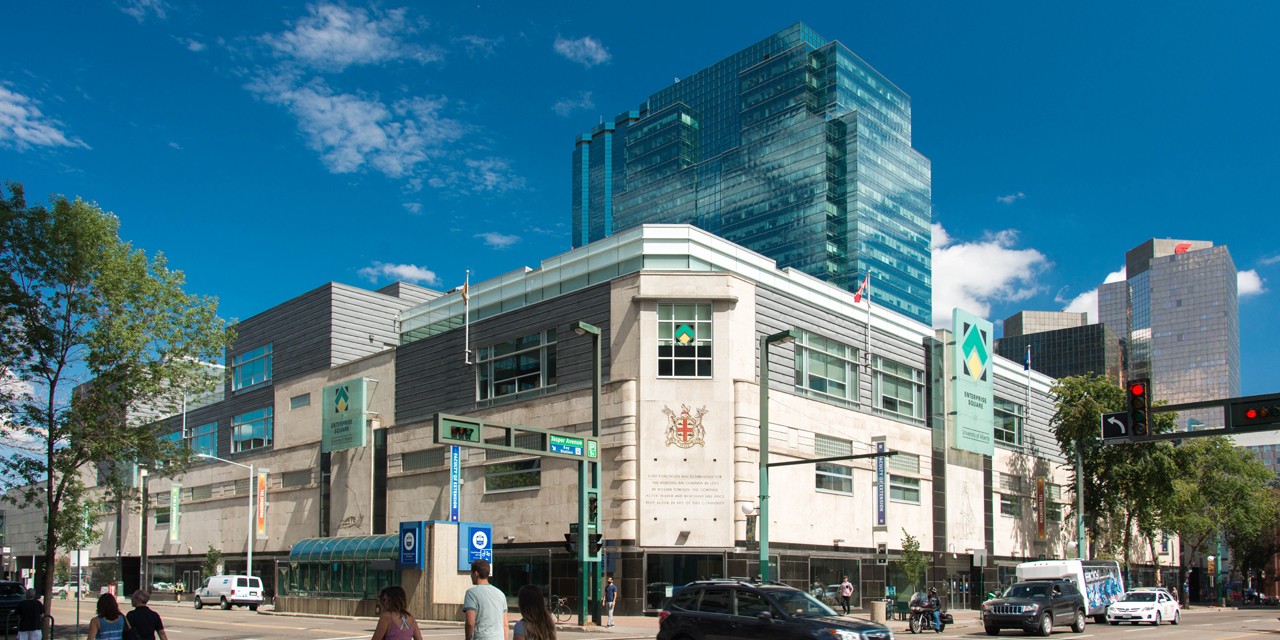 The U of A's Enterprise Square, located in the heart of downtown Edmonton, is home to the Alberta School of Business Executive Education program. (Photo by Richard Siemens)

The University of Alberta has firmly entrenched itself as being home to one of the world’s top executive education programs, according to the Financial Times business education ranking of professional development programs for business leaders.

In the open-enrolment category, the Alberta School of Business Executive Education was named sixth best in Canada and 60th worldwide, and placed among the top providers of customized executive education programs, bumping up to fifth in Canada and 73rd worldwide.

“Our continued placement is a testament to our staff and faculty who strive to deliver the highest level of quality and impact to our clients,” says Heather Christensen, associate dean of Executive Education at the Alberta School of Business.

This Alberta School of Business business leader development program specializes in certificate programs and short courses designed to support individual and organizational growth in all areas of executive development, including leadership, governance, finance and management. Executive Education offers more than 75 programs and forums per year and operates out of both Edmonton and Calgary.

These annual rankings are tabulated using results from a client survey and data from individual schools.

The top programs in both the open-enrolment and customized categories were IMD out of Switzerland and Singapore and the Iese Business School based in Spain. York University's Schulich School of Business (39) had Canada’s top customized program while the University of Toronto's Rotman School of Management (16) was deemed the nation’s top open-enrolment program.

These results are the latest in a spate of top ranking results, the most recent of which were released by the Center for World University Rankings, which listed the U of A among the world’s best in five subject areas, including sixth in transplantation; fifth in each of forestry, geology and petroleum engineering; and third in paleontology. Those results follow on the heels of the QS World University Rankings by Subject 2017, which placed the U of A in the top 100 in an unprecedented 25 subjects, including 10th in the world for sports-related subjects, 16th for nursing and 18th in mining engineering.

Earlier in the year the U of A jumped an astonishing 79 places in Times Higher Education’s World’s Most International Universities ranking. The U of A ranked 31st most international university, ahead of the University of Toronto (32), Harvard (33), Stanford (36) and Princeton (37). Other showings include a top five placement in the Maclean’s ranking of top Canadian universities and a 94th-place showing in the 2016-17 QS World University Rankings. The QS ranking, which puts a heavy emphasis on reputation, also placed the U of A in the top five nationally.