Ukraine’s human rights are in precarious state, U of A law prof finds

Eroding judicial system one of several factors to blame for situation. 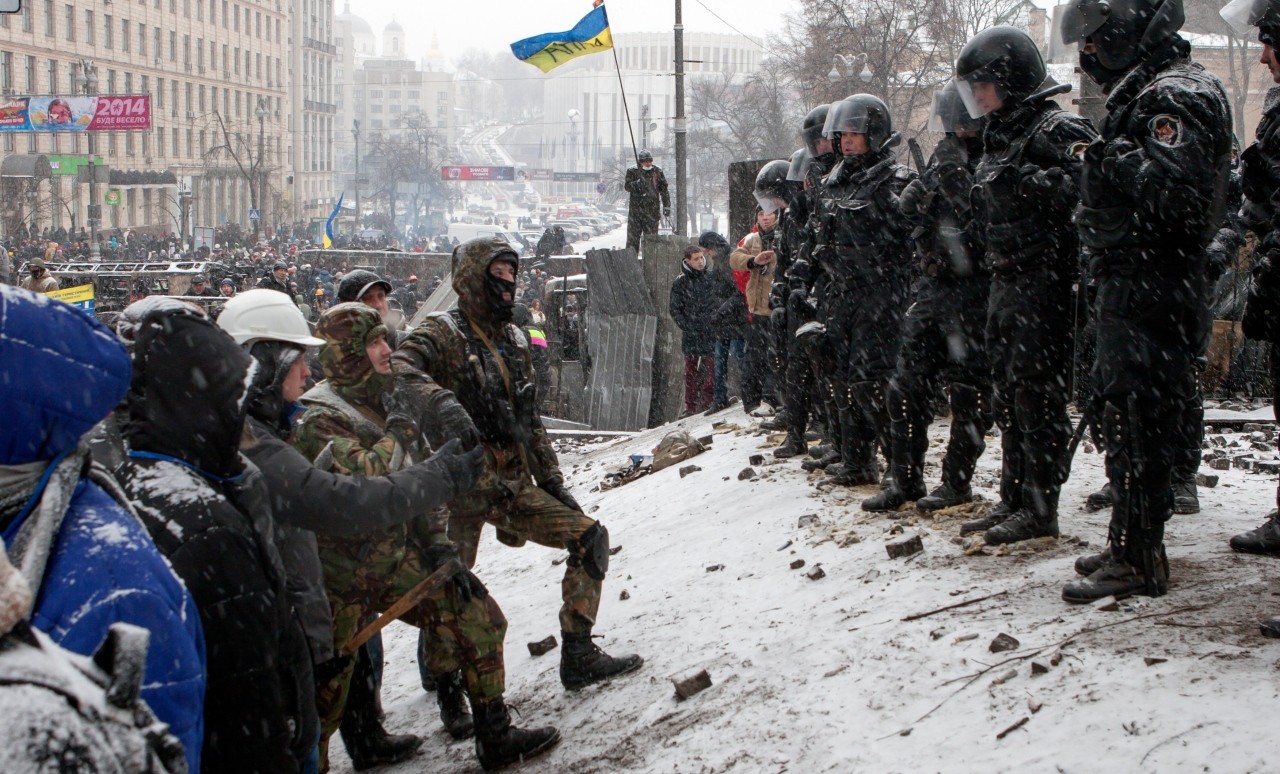 Internal strife in the wake of the Euromaidan protests against the Ukrainian government, corrupt courts and a legislature without sufficient checks and balances are putting human rights in Ukraine at risk, according to a U of A expert. (Photo: Getty Images)

Human rights protection in Ukraine is currently in a precarious state despite a strong legal framework created after the country’s independence in 1991 and relatively robust practices enacted earlier this decade, according to University of Alberta law professor Linda Reif.

The factors include a country grappling with internal armed conflict, weak courts that are politicized or corrupt, and a legislature without sufficient checks and balances that curbs human rights protections by underfunding them.

“You have really poor conditions in prisons and other detention centres where prisoners and other detainees are treated terribly and have very poor health care,” said Reif, who added the factors stem from a shallow democracy that emerged after the collapse of the Soviet Union and the corruption that has developed since.

“There’s institutionalization of children (in orphanages) and many internally displaced people and rights violations, including gender-based violence, due to the internal conflict in Eastern Ukraine. Combined with that you have a judicial system that is totally dysfunctional because of the length of proceedings and non-enforcement of judgments. You can’t go to court to settle anything.”

In contrast, Reif said Ukraine’s PCHR was relatively effective, considering the difficult period it was operating in, under its second commissioner, Valeriya Lutkovska, who was appointed in 2012 and served until April 2017.

Unlike her predecessor, Lutkovska distanced herself from government, made operations more transparent and professional, increased co-operation with non-governmental organizations, promoted her commitment to human rights to the public and increased communication with the media.

The newest commissioner, appointed in spring 2018, has been a politician and government minister for more than 10 years. Reif worries she will not be independent enough to withstand the government’s attempts to limit human rights protections.

Improvements Reif considers immediately necessary for Ukraine’s PCHR to be more effective include prioritizing the protection of children’s rights by devoting an internal body to that effort, funding the commission sufficiently, promoting its mandate to the public and creating government transparency about how it selects its commissioners.

Since the signs don’t bode well for those reforms, Reif stressed the importance of having a variety of outside observers—including academics, non-governmental organizations, human rights lawyers and the Global Alliance of National Human Rights Institutions—regularly scrutinizing the situation in Ukraine and other similarly shallow democracies.

“When you don’t have scrutiny, even this kind of soft scrutiny, a lot of these governments don’t act well, they act badly,” she said.

Her paper, “Ukraine’s Parliament Commissioner for Human Rights: Strengthening Human Rights Promotion and Protection?” was published in the Harvard Human Rights Journal. It was funded as part of the Research Initiative on Democratic Reforms in Ukraine supported by the U of A’s Kule Institute for Advanced Study.

Ukraine’s human rights are in precarious state, U of A law prof finds