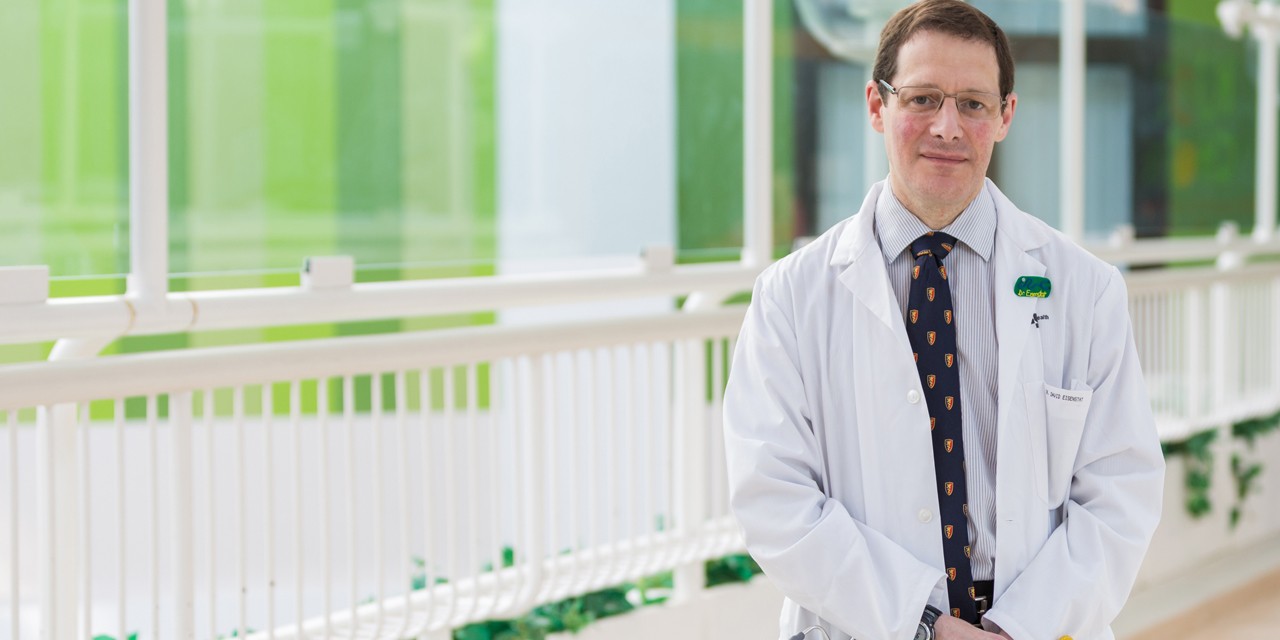 David Eisenstat and his team have found two genes that regulate a neurotransmitter in the brain during embryo development. They found that mutations to those genes can result in abnormal brain maturation.

Recent research discoveries in the development of brain disorders could pave the way to new therapies for treating seizures, and even some children with autism, says a leading oncologist and researcher at the University of Alberta.

David Eisenstat and his team examined a neurotransmitter in the brain called GABA which is essential to forebrain development in the embryo. They found that two specific genes, DLX1 and DLX2, regulate GABA synthesis during brain development, and that mutations to the genes resulted in abnormal brain maturation.

If these mutations happen during embryonic development, there could be several neurological problems: the child could become autistic, kids could be born with seizure disorder, or the developing neurons might not migrate to their proper site in the brain. In adults, there could be behavioural issues.

“Our findings have potential implications for autism and seizure disorders that currently aren’t treatable—at least not by targeting GABA,” said Eisenstat, the senior author of the study and chair of the Department of Oncology at the U of A as well as professor in the departments of pediatrics and medical genetics.

According to the researcher, GABA is the most important inhibitory neurotransmitter in the brain. It is produced when DLX1 and DLX2 genes act as a molecular switch, activating an enzyme that converts a chemical called glutamate to GABA. Problems occur when the balance between glutamate—an excitatory neurotransmitter in the brain and nervous system—and GABA fall out of sync.

“GABA tells the brain to slow down. Glutamate tells the brain to speed up. A healthy brain is found in the balance,” explained Eisenstat. “In some ways we have figured out how to turn on GABA. And if, going back to these diseases, we have a better idea of how to balance glutamate and GABA, we could potentially come up with new therapies for treating seizures and maybe even some children with autism.”

He said that while that may sound like a lot of hand waving, 25 per cent of children with autism have a seizure disorder.

“That’s not well understood. It’s not all because of GABA, that would be an oversimplification, but this hypothesis is worth further testing,” he said.

Eisenstat believes the findings have revealed a new pathway scientists could use to treat developmental brain disorders by getting to the root cause of problem. He hopes other researchers now take up the work and build upon it.

“I think we’ve unraveled a pathway to begin to take something that wasn’t druggable and make it druggable,” said Eisenstat. “I think in some ways, it’s coming up with smarter therapy.”

The study was published in the Journal of Neuroscience.