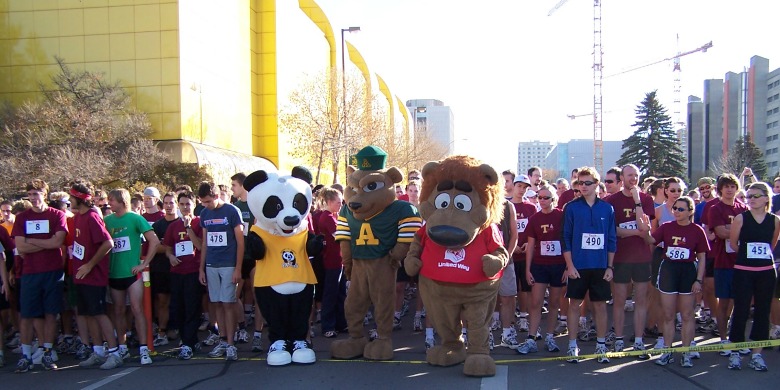 (Edmonton) It’s hard to believe that in a city as prosperous as Edmonton, 10 per cent of the population—or 120,000 people—live in poverty, some 37,000 of them children.

That’s why the United Way has chosen “creating pathways out of poverty” for its 2013 campaign theme, which the University of Alberta will support with a fundraising drive through the month of October.

The campaign ramps up this week, with most staff and faculty receiving pledge cards to make donations. “We’re asking people to complete that and send it in as quickly as they can,” says co-ordinator Darlene Bryant, adding that the goal this year is $650,000, which will take the U of A to a milestone of $10 million raised over 30 years.

Payment options couldn’t be easier, she says. They include payroll deductions, or preauthorized bank or credit card payments in one-time or monthly payments.

Through its United Way campaign, the U of A supports more than 50 community organizations, including two on campus: the Community-University Partnership in the Faculty of Extension—which aims to improve the development of children, youth, families and communities—and the Institute for Sexual Minority Studies and Services in the Faculty of Education.

“The United Way helps to support the institute's Family Resilience Project, which provides free specialized counselling for children, youth and families in relation to sexual orientation and gender identity needs and concerns,” says Kris Wells, director of programs and services for the institute.

“This funding has been instrumental in helping many families to develop the knowledge, skills and resilience needed to learn how to support their children with unconditional acceptance and love.”

The campaign officially kicks off Saturday, Oct. 5, at the 54th annual Turkey Trot, consisting of either an 8 km run or 4 km walk. Registration opens at 8:45 a.m., with the starting pistol firing at 10:30. Organizers are hoping to exceed last year’s registration of 700 runners, which raised about $3,500.

“One thing we’d like to see is runners coming out representing groups rather than as individuals,” says organizer Brian Gratrix. “It helps those groups be recognized on campus as supporters of the United Way.

“All you have to do is come out, be active, and we’ll take care of donating part of the registration fee to the United Way.”

At lunchtime on Oct. 8, there will be a Loopy Lunch food truck event on the bus loop by HUB Mall. Between six and eight trucks will provide “a wide variety of food, so don’t bring your lunch that day,” says Bryant.

Part of the proceeds will be donated to the United Way, and for every $10 in food vouchers purchased, lunchtime diners will be entered into a draw for U of A swag.

At some point during the month, says Bryant, a guitar signed by Canadian musicians Sarah McLachlan, k.d. lang, Colin James, Chris Hadfield and the Barenaked Ladies will be auctioned off.

Closing out the campaign Oct. 29 is Chillin’ for Charity, an event organized by U of A business students, in which participants plunge into pools of icy water. So far, dean of business Joseph Doucet has agreed to brave the chill, throwing down the gauntlet for other deans on campus.

“Part of our goal is community spirit; it’s not just about raising money, although that’s important,” says Bryant. “Anybody can plan an event, and all are encouraged to do so.”

Thermometers placed around campus and online will track the campaign total through the month. For more information, visit the U of A United Way campaign website.