University begins search for next president

Board chair announces launch of advisory search committee for the 13th president of the University of Alberta. 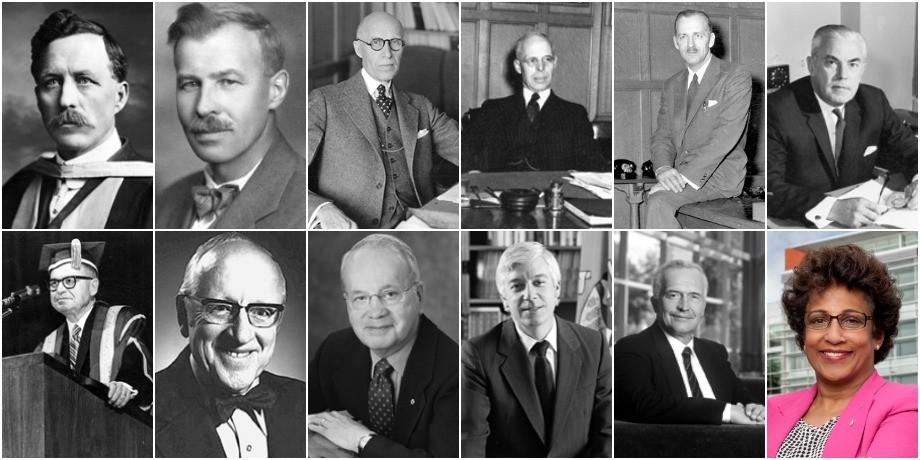 The search is underway for the 13th president of the University of Alberta, who will succeed current president Indira Samarasekera on July 1, 2015.

(Edmonton) The University of Alberta has launched the search for its 13th president.

With word March 14 that President Indira Samarasekera would not be seeking a third term, Doug Goss, chair of the U of A board of governors, has announced the search for a new president has begun.

“The university is at a very transformational time,” said Goss. “Indira has been an agent of change for the institution and she is working very hard to implement a change agenda, which the board of governors very much believes in.

“It is critical that the institution finds in its next leader that same kind of energy and enthusiasm for what she has started, so we as an institution have the ability to go to the next level.”

Goss will chair the Advisory Search Committee for President, a committee comprising key members of the community with the mandate to bring forward a recommendation to the board of governors for approval. It is expected that a successor will be appointed in time to take on the position July 1, 2015.

“This is an important time for the province with its resources. It is critical that the university continues to lead and be a university that competes with the best public teaching, research-intensive universities in the world,” said Goss. “For us to do anything less in this province really would not do justice to the institution, the province or even Canada.”

“The challenge will be to match up the skill set of the next leader with the opportunity that we see here to take this institution to the next level. Indira has built it on that basis," said Goss.

He added, “There has never been a more important time in the history of the university, city, province and country to be searching for a president. The next president will build on our strengths and will be charged with taking us to the next level and continuing our momentum to build on the board of governors' change agenda."

Internationally renowned as one of Canada’s leading metallurgical engineers, Samarasekera was appointed U of A president and vice-chancellor on July 1, 2005, and reappointed for a second term in 2009.

She has since led development of Dare to Discover: A Vision for a Great University, a seminal document that has acted as the guiding force in the U of A’s quest for excellence.

“My focus remains on the vision articulated in Dare to Discover,” she said, “To inspire the human spirit through outstanding achievements in learning, discovery, and citizenship in a creative community, building one of the world’s great universities for the public good.”

Read the statement from board chair Doug Goss (PDF)

Learn more about the presidential search