A Canadian science education mainstay, an esteemed member of Alberta’s judiciary and a Canadian Olympian to be honoured at fall convocation. 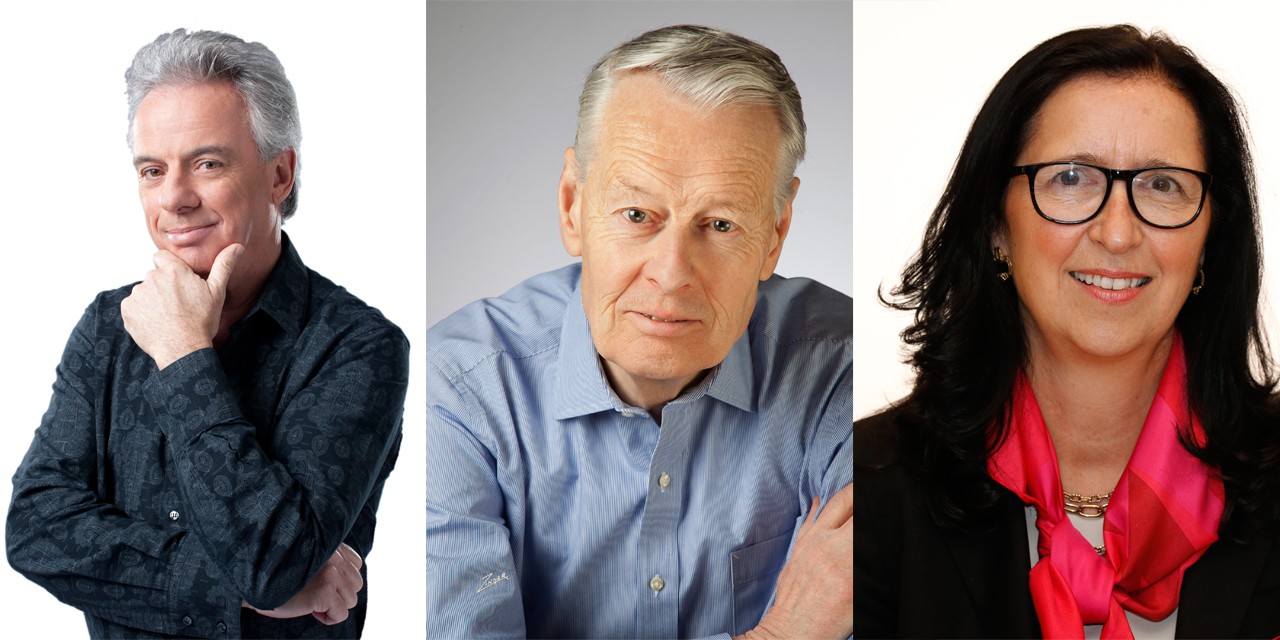 One of Canada’s best-known science communicators, a renowned Alberta jurist and a Canadian Olympian and tireless advocate for women in sport will receive honorary degrees from the University of Alberta in November.

“Honorary degrees celebrate individuals who have had a transformative impact in a chosen profession or field of endeavour,” said Doug Stollery, UAlberta chancellor. “Each of our recipients is an outstanding example of leadership and service to Canadian society.”

Bob McDonald, host of CBC’s Quirks and Quarks for nearly 25 years, is a regular science commentator on CBC News Network and science correspondent for CBC TV’s The National. His award-winning radio program reaches an audience of 800,000 every week, as he elucidates with infectious enthusiasm the latest discoveries in the science world, including the political, social, environmental, and ethical implications of new developments in science and technology. McDonald, an officer of the Order of Canada, manages to shed light on everything in the natural and physical world around us—from the smallest particles to the furthest reaches of space. In addition to being hugely popular, Quirks and Quarks is well known by researchers around the world as a place to bring your science to have it explained with elegance and clarity.

Before Quirks and Quarks, McDonald hosted CBC TV’s Wonderstruck, a science program for children, upon which he based two books, Wonderstruck and Wonderstruck II. He also hosted and wrote a science series for children called Heads Up!, which ran for three seasons on TVO and the Knowledge Network. He has authored a collection of essays, Measuring the Earth with a Stick: Science as I’ve Seen it, which was shortlisted for the Canadian Science Writers’ Book Award, as was his latest book, Canadian Spacewalkers.

McDonald will receive his honorary doctor of science degree Nov. 21 at 3 p.m. at the Northern Alberta Jubilee Auditorium.

A graduate of the U of A Faculty of Law, Jean Côté is a brilliant legal mind and prolific writer whose contributions to the law have had an enormous impact on the lives of ordinary Albertans. After practicing law in Edmonton for two decades, he was appointed to the Alberta Court of Appeal in 1987, and has since participated in thousands of court decisions.

Described by Alberta’s Chief Justice Catherine Fraser as “totally selfless and without ego,” Côté is highly regarded for his unparalleled knowledge of the law, and for his devotion to promoting its crucial role in establishing maintenance of rights, freedoms, democracy and peace in society. He has written a number of foundational text books, most notably the first modern Canadian text on the law of contracts as well as the Alberta Civil Procedure Encyclopedia and its companion, Civil Procedure Guide and Handbook, considered indispensable tools for legal practitioners for decades.

As a long time member of the Rules of Court Committee, he has also left a profound mark on Alberta’s institutions of justice, helping to set the rules of the legal system for Alberta’s trial and appeal courts.

Côté will receive his honorary doctor of laws degree Nov. 22 at 10 a.m. at the Northern Alberta Jubilee Auditorium.

Tricia Smith is a lawyer, businesswoman, four-time rowing Olympian, and recipient of a silver medal at the 1984 Olympic Games in Los Angeles, seven world championship medals and a gold at the 1986 Commonwealth Games. Since 2015 she has been president of the Canadian Olympic Committee and was elected as a member of the International Olympic Committee in 2016.

Smith is currently a member of the IOC’s Legal Affairs Commission and the Scientific and Medical Commission, and is known for her passionate dedication to Olympic values and the positive power of sport.

Smith is also vice-president of the International Rowing Federation (FISA). She has led the charge in boosting female participation—whether it be competing, coaching, officiating or administration—in the sport of rowing, and has played a key role in FISA’s anti-doping policies and in the drafting of statutes, rules and regulations. She has been involved in sport arbitration for more than 25 years with the International Council of Arbitration as well as with the Sport Dispute Resolution Centre of Canada. Based in Vancouver, she is a partner and deputy managing director at Barnescraig and Associates, a risk management and adjusting firm.

Smith will receive her honorary doctor of laws Nov. 22 at 3 p.m. at the Northern Alberta Jubilee Auditorium.

What you need to know about cancer
COMMENTARY || Defunding the police requires understanding what role policing plays in our society
New guidelines aim to help people with dementia stay safe if they get lost
Researchers reveal patterns of sexual abuse in religious settings
Canadians with disabilities face barriers to financial security, researchers find
Research reveals why it’s hard to get the smell out of polyester
Newsroom