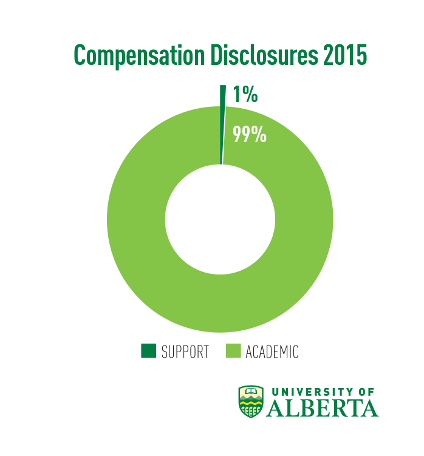 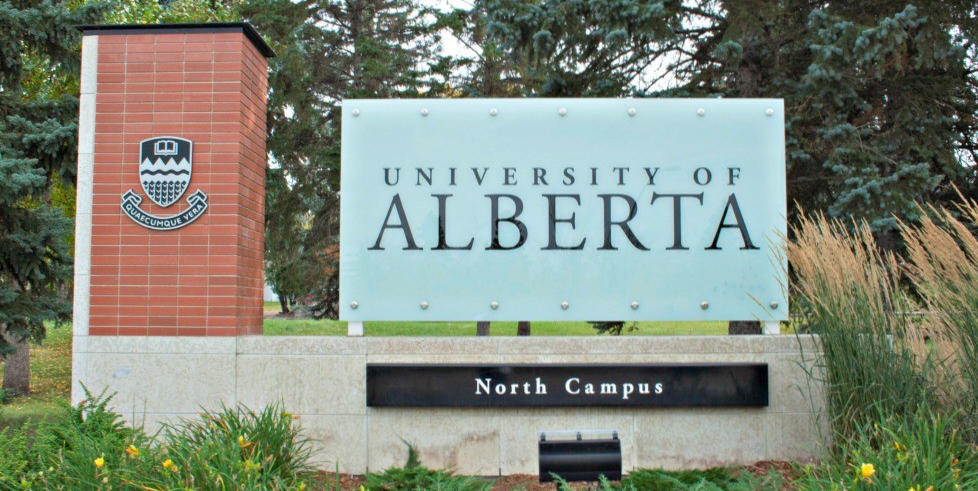 The University of Alberta has published compensation disclosure data at uab.ca/CD for employees who earned $125,000 or more in the 2015 calendar year.

In 2015, the Government of Alberta passed Bill 5, the Public Sector Compensation Transparency Act, which requires all public sector agencies, boards and commissions to annually post names and compensation for employees whose earnings (including compensation and severance) exceed $125,000.

The U of A’s 2015 disclosure includes the names and positions of 1,483 individuals whose compensation met the threshold, representing 10.5 per cent of all paid employees. The list also includes 22 unpaid members of the U of A Board of Governors.

Steven Dew, provost and vice-president academic, says compensation at the U of A reflects the institution’s need to invest in top teaching and research talent.

“It is vital that Albertans—and young people in particular—have access to post-secondary education that is on par with the best in the world, right in their home province,” says Dew. “That’s what Albertans expect for their investment and that’s what the University of Alberta delivers.”

Dew says many factors influence compensation levels at universities, including area of speciality, global demand for talent, experience and scope of duties. He adds that compensation at the U of A is in line with other Canadian research-intensive institutions of similar calibre.

“To stand among the world’s best, you need talent and we’re proud of our people,” Dew says. “We have individuals with a track record of excellence in advancing knowledge and ideas, making discoveries and leading the university in ways that benefit not only our students, but all society.”

The U of A ranked in the top 100 in the world and fourth in Canada in the most recent QS World University Rankings—among the top 12 per cent of 800 premier institutions that qualified for the rankings.

The U of A has more 3M teaching award winners than any other institution in Canada, and 71 Rhodes Scholars, third most in the country.

U of A researchers are global leaders in areas such as health, energy, education, Indigenous studies, sciences, agriculture, nanotechnology, arts and culture, law, and business. The U of A is home to 84 Tier 1 and Tier 2 Canada Research Chairs and three Canada Excellence Research Chairs.

Dew notes there is a direct link between the U of A’s success and the economic, social and cultural benefits that Albertans and Canadians enjoy.

The U of A had a $12.3-billion impact on Alberta’s economy in 2009-10, and alumni contribute $348.5 billion annually to the global economy, according to a 2013 study. One in five Albertans is employed by an organization founded by a U of A alumnus. Some 96.7 per cent of U of A graduates are working within five years, according to Alberta Enterprise and Advanced Education: Alberta Graduate Outcomes Survey.

Dew also noted that the university attracts significant funding outside of the provincial grant to support the work of the institution, including more than $480 million for sponsored research in 2014-15, and $115 million in donations in 2015-16.

“The U of A success story is part and parcel to Alberta’s success story. We are the doers, community builders, innovators, entrepreneurs, champions and creative leaders who are leading positive change at home and throughout the world,” Dew says.