Wheelchair users facing persistent shoulder strain or injury will soon have assistance thanks to a device recently developed by University of Alberta researchers and partnered with help from TEC Edmonton’s Technology Management team. 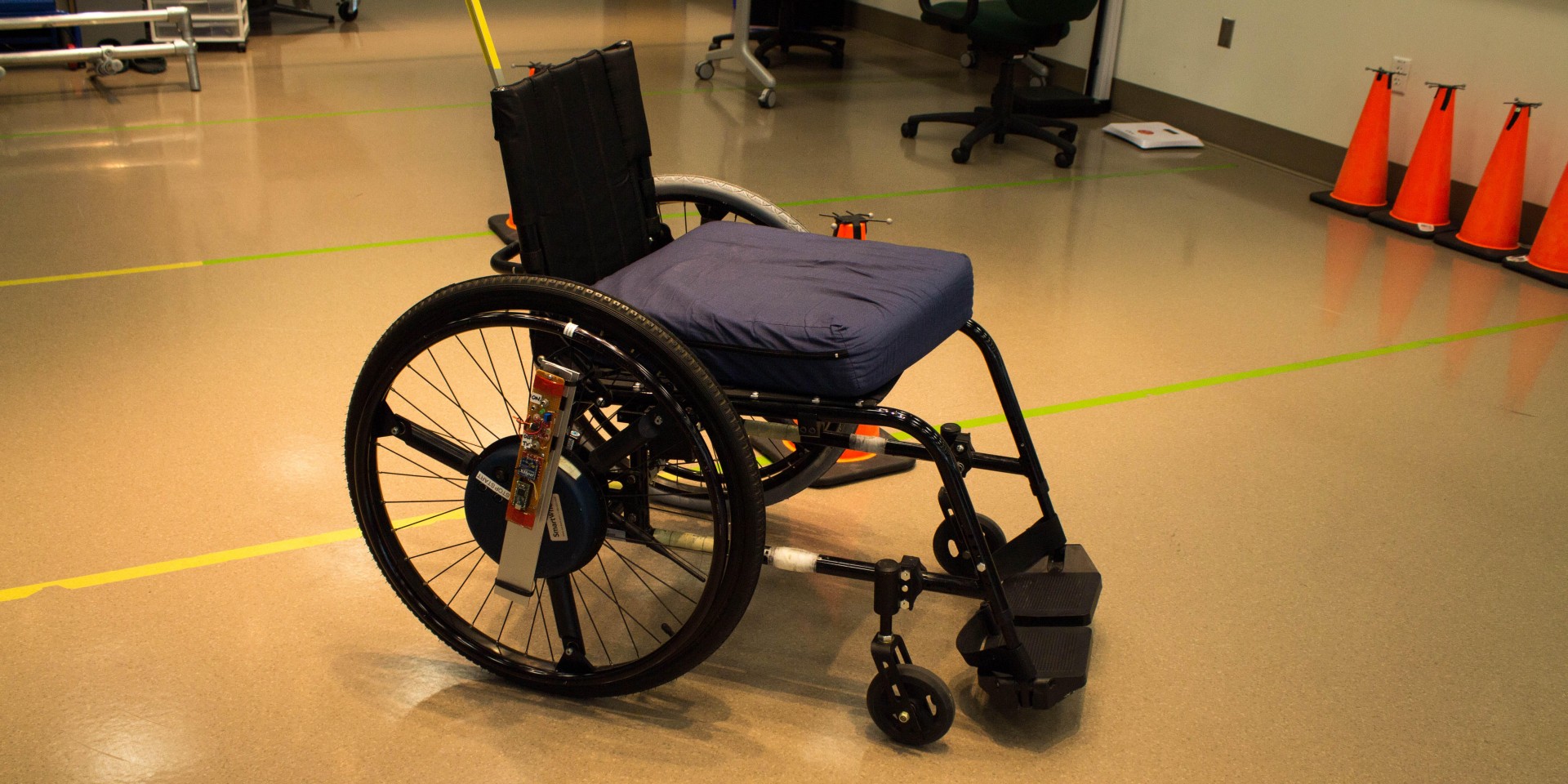 Wheelchair users facing persistent shoulder strain or injury will soon have assistance thanks to a device recently developed by University of Alberta researchers and partnered with help from TEC Edmonton’s Technology Management team.

The technology, called RedlinerTM, takes concepts used in wearable technologies and applies them to wheelchair users: a wheelchair "wears" the device to monitor a user's propulsion parameters, with the goal of preventing overexertion that can lead to shoulder injuries. Dr. Martin Ferguson-Pell, one of the RedlinerTM inventors and a Professor in the University of Alberta Faculty of Rehabilitation Medicine, found in a UK study that 66 per cent of wheelchair users with a spinal cord injury experience shoulder pain and injury caused by wear and tear during wheelchair use.

Development of the technology inspired the formation of Redliner Inc. by Calgary entrepreneur David Evans. The licensing agreement gives Redliner Inc. the exclusive rights to develop, manufacture and sell the device worldwide. Research will continue in collaboration with Dr. Martin Ferguson-Pell’s group at the Faculty of Rehabilitation Medicine and could involve several graduate student opportunities.

The prototype device has the same accessible characteristics of a typical wearable: it is anticipated to cost close to $100, has a battery life of approximately four days, communicates with a smartphone and has the capability to send data to a web dashboard.

The web dashboard will be able to contribute data from Redliner users to an anonymized repository that will help researchers understand the root causes of shoulder pain and injury. In the future, the team plans to use this data to create open-access information in Google Maps, allowing wheelchair users to plan routes around their physical capabilities.

We have been very impressed with the quality of work done by TEC Edmonton in the past,” says David Evans, President of Redliner Inc., “By association, the Redliner opportunity was presented to us. The continued support we have received from TEC Edmonton has led to at least two more novel technologies which are likely patentable. The current state of the emerging technology has far exceeded any of our expectations, in large part due to our partnership with TEC Edmonton and the U of A.”

TEC Edmonton originally connected the University of Alberta research team with David Evans, who saw the potential in the technology and quickly committed to helping develop it further. The Technology Management team also facilitated the development of a prototype and helped identify funding to support future trials and graduate students to staff the projects.

Jayant Kumar, Vice President of Technology Management at TEC Edmonton emphasized, “It was our pleasure to play a key role in the exclusive license of this technology to Redliner Inc. We hope this license will mark the beginning of a long-standing relationship between the company and the research group of Dr. Martin Ferguson-Pell at the University of Alberta.”

In 2015, TEC Edmonton was identified by the Swedish University Business Incubator (UBI) Index as the 4th best university business incubator in North America, and was also named Canadian “Incubator of the Year” at the 2014 Startup Canada Awards.

Redliner Inc. is an Alberta company actively involved in developing technologies to improve the lives of people with disabilities. Its recently licensed product, Redliner, is an activity monitor for wheelchair users developed by researchers at the University of Alberta Faculty of Rehabilitation Medicine.