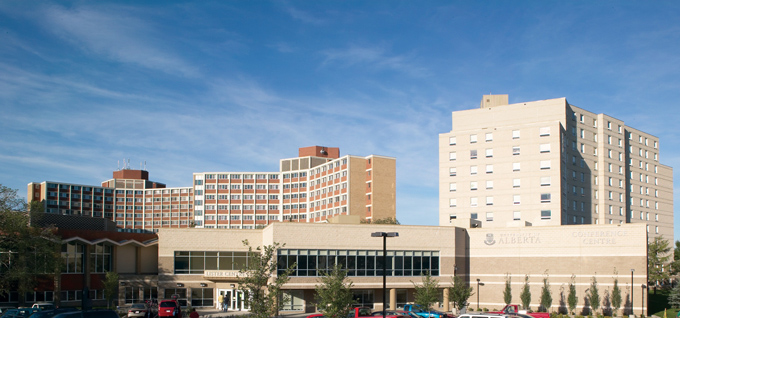 (Edmonton) The university announced a number of current and forthcoming changes to its residences, particularly the towers known as “classic Lister,” on July 23. Discussion on these matters has been going on since at least 2006. Chief among these are changes to the structure of student-staff positions, the implementation in 2013 of classic Lister as a primarily first-year residence, and changes to the alcohol rules in all university residences on the Edmonton campuses.

Additional elements include establishing a community resource team to assist students with the transition to university academics, and support services for Lister this year and developing and introducing a comprehensive first-year program in 2013.

The Students’ Union executive and some current and former Lister residents strongly object to the changes. Some perceive a lack of consultation with students regarding the changes and some object to changes that will change the traditional “Lister experience,” particularly the staffing change and transition to a residence primarily for first-year and transfer students.

“We’ve been having discussions with the Lister Hall Students’ Association on the staffing and first-year program issues for several years, but as plans developed for a transition next year, administration became aware of serious health and safety concerns relating to alcohol use and the structure of student-staff positions that precipitated a decision to implement the staffing and alcohol rule change immediately,” said Frank Robinson, vice-provost and dean of students. “I have spent the majority of my time the past two years on student health and welfare. There is a system and culture in place that are detrimental to students’ well-being and academic success. And let’s not forget that there will be more than 300 minors living in Lister this fall.”

Some of the examples of the concerns from the 2011–2012 academic year include:

“This is an unacceptable state of affairs from a safety perspective, but also to those students who are trying to focus first on their academics,” said Robinson. “These also raise serious safety concerns for staff who live and work within Lister Centre. It’s incomprehensible to defend a culture and system that fosters and celebrates this type of behaviour. These are examples of the Lister experience that many people are not aware of.”

The initial plan for the first-year residence called for two or three returning or other upperclass students per floor in 2013 and beyond. Concerns were raised by a number of current and former Lister residents and the president of the LHSA about such a limited number of senior students in a primarily first-year residence and the effect such a change would have on the viability of the LHSA to carry out its programming. The university heard concerns from the LHSA about having enough senior students to keep their programs and organization viable. As a result, additional returning students will be allowed in the future, including elected floor reps and up to three orientation volunteers per floor. These students are in addition to the resident assistants and senior resident assistants on each floor and across the towers. Up to 10 additional students will be permitted if these students are filling LHSA staff roles, as per agreements with the LHSA early last week.

“We had very productive conversations with members of the LHSA executive to increase numbers of returning students in the future,” said Robinson. “There are a lot of really positive things that the LHSA does, including the dodgeball league, philanthropy and rec sports involvement, and we want to be sure that they can continue to have enough students to be successful and thrive. The future of the LHSA is up to that student group, but we have worked hard to engage in dialogue with them as we work out how they will carry out planned events that are safe but still build community we all value.”

LHSA has expressed concerns with hiring or electing enough floor reps in time for the coming academic year. As a result, a compromise was discussed with the Students’ Union for this incoming year that would allow the elected floor co-ordinators—who have been offered the Residence Services positions as resident assistants—to concurrently have LHSA responsibilities as long as they do not conflict with fulfilling their university job duties.

Concerns have been raised about the change to alcohol rules as well. The university offered to assess this rule change for the incoming academic year if the Students’ Union can provide compelling evidence that limiting alcohol consumption to private spaces is less safe than allowing drinking in student lounges.

The Students’ Union refuses to consider either the compromise on the alcohol rules or to the current year’s staffing issue if the university will not rescind all five decisions.

“It’s really unfortunate that a reasonable compromise that meets the immediate needs of all parties regarding student-staffing is being derailed by the SU’s all-or-nothing position,” said acting provost Martin Ferguson-Pell. “The university has an obligation to act in the best interests of the health and safety of staff and students. We cannot reverse these decisions. There is a system and culture in place that fosters and celebrates alcohol abuse and vandalism. That is not acceptable. We are an educational institution and have a responsibility to provide a living-learning environment that sets our students up for success.

“All of these issues are intertwined, but developing a first-year program is directly tied to the university’s goals set forth in both the academic plan and the Comprehensive Institutional Plan,” said Ferguson-Pell. “Students will have many opportunities to help shape that program, but our academic mission is not driven by what decisions will be popular among students. I truly hope that over time, everyone will come to see that the university is acting in the best interests of all of its students and staff, not just one subset.”