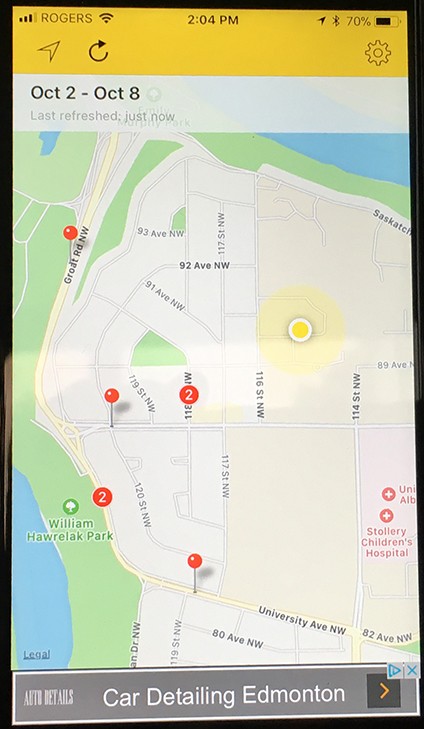 The Photo Radar app now is in use by more than 30,000 Albertans.

Use the app, avoid the trap 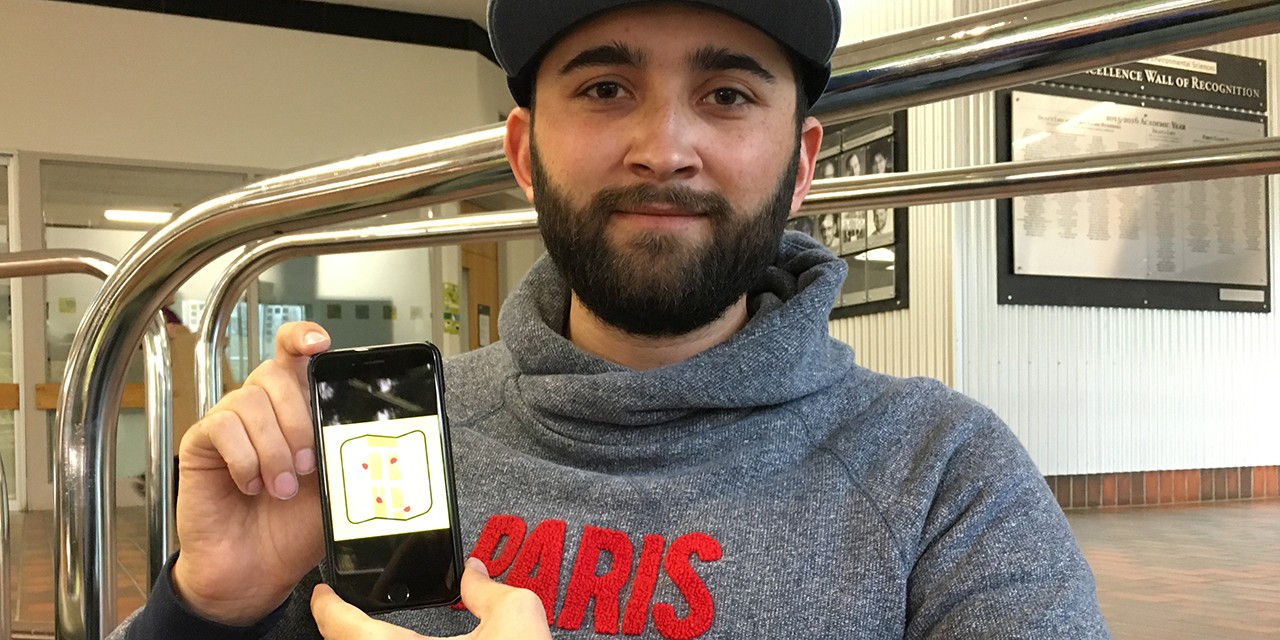 Using photo radar maps produced weekly by the City of Edmonton, Benjamin Lavin built a free app for androids and iPhones that warns drivers as they approach a speed trap.

A free photo radar app originally designed for Edmonton drivers by a University of Alberta student has picked up speed, zooming from 2,000 users to 30,000 in a few short weeks and his creation is now available across the province.

When he dreamed up the Photo Radar App over a single weekend, Benjamin Lavin had no idea if motorists would use it. Now, the fourth-year computing science student is flooded with thumbs-up feedback and has met requests from other Albertans to include their cities in the app. It’s now accessible in Calgary, Camrose, Grande Prairie, Fort McMurray, Fort Saskatchewan, Lethbridge, Medicine Hat, Red Deer, Sherwood Park, Spruce Grove and St. Albert.

“Whenever you do something like this, you never know how it’s going to turn out, but when you have such a huge influx of people starting to use it, it’s pretty encouraging and motivating to see how big you can grow it.”

Using photo radar maps produced weekly by the City of Edmonton, Lavin built a free app for androids and iPhones that, with a radar-like sound, audibly warns drivers as they approach a speed trap. “It means they don’t have to take their eyes off the road to check the map, and puts the data in a format that’s useful.”

He designed the app not to aid lead-footed drivers trying to outsmart the law, but for responsible ones. He’s never been caught by photo radar and tries not to speed, but says it’s easy enough to stray over the limit at times.

“Every now and then if you have a friend in the car and you’re chatting or distracted, you catch yourself drifting over by a few kilometres--the app serves as a reminder for those drivers to slow down. I hope it keeps speeding tickets from happening.”

Since offering the app in early September, Lavin has heard from people thanking him and asking if it could be adapted for use as far away as Winnipeg and Nova Scotia. “It’s obvious that the problem this app is helping solve is being felt across the country.”

He plans to tweak the app for a wider range of alert sounds and a way to further customize how the alerts are delivered, and eventually hopes to offer it in the rest of Canada and the United States as well. It will stay free of charge because he built it for the public good, but Lavin has a donation tab on the app for people who want to show their appreciation. He’s already had a few contributions from grateful drivers and is putting that money towards his education.

After he graduates with his degree from the Faculty of Science in 2018, Lavin hopes to build a career in app development. “I very much want to stay in an entrepreneurship sort of space and be able to build cool stuff that I like working on and that people can benefit from.”

Use the app, avoid the trap