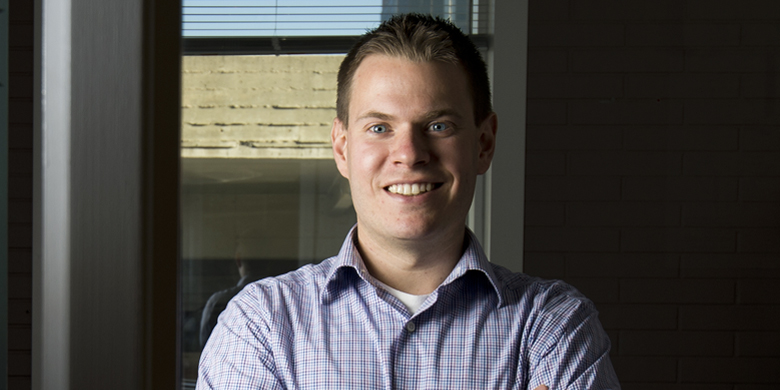 Matt Johnson has found that love between parents and teens may influence whether those children are successful in romance.

(Edmonton) University of Alberta relationship researcher Matt Johnson has some Valentine’s Day advice for anybody who’s had rocky relations with their parents while growing up: don’t let it spill over into your current romantic partnership.

The love between parents and teens—however stormy or peaceful—may influence whether those children are successful in romance, even up to 15 years later, according to a new U of A study co-written by Johnson, whose work in the U of A’s Faculty of Agricultural, Life and Environmental Sciences explores the complexities of the romantic ties that bind.

Being aware of that connection may save a lot of heartache down the road, according to Johnson, who teamed up with U of A psychology professor Nancy Galambos, based in the Faculty of Arts, to review existing data gathered in the United States over 15 years.

Their findings, which appear in the February issue of the Journal of Marriage and Family, uncovered a “small but important link between parent-adolescent relationship quality and intimate relationships 15 years later,” Johnson said. “The effects can be long-lasting.”

Although their analysis showed, perhaps not surprisingly, that good parent-teen relationships resulted in slightly higher quality of romantic relationships for those grown children years later, it poses a lesson in self-awareness when nurturing an intimate bond with a partner, he added.

“People tend to compartmentalize their relationships; they tend not to see the connection between one kind, such as family relations, and another, like couple unions. But understanding your contribution to the relationship with your parents would be important to recognizing any tendency to replicate behaviour—positive or negative—in an intimate relationship.”

That doesn’t mean parents should be blamed for what might be wrong in a grown child’s relationship, Johnson noted. “It is important to recognize everyone has a role to play in creating a healthy relationship, and each person needs to take responsibility for their contribution to that dynamic.”

The results were gleaned from survey-based information from 2,970 people who were interviewed at three stages of life from adolescence to young adulthood, spanning ages 12 to 32.

The U of A analysis also revealed a solid link between self-esteem and the quality of the parent-child dynamic.

“Teens who had better relationships with their parents had higher self-esteem as young adults, and that had a lingering effect in their intimate relationships as well,” Johnson said.

The findings are the latest in Johnson’s research program at the U of A, which focuses on the science of romance.

“Relationship researchers want to build a sound understanding of exactly what determines successful intimate and family relationships. The ultimate goal is to find a way to translate solid science into practical suggestions people can use to have fulfilling relationships and happy lives.”