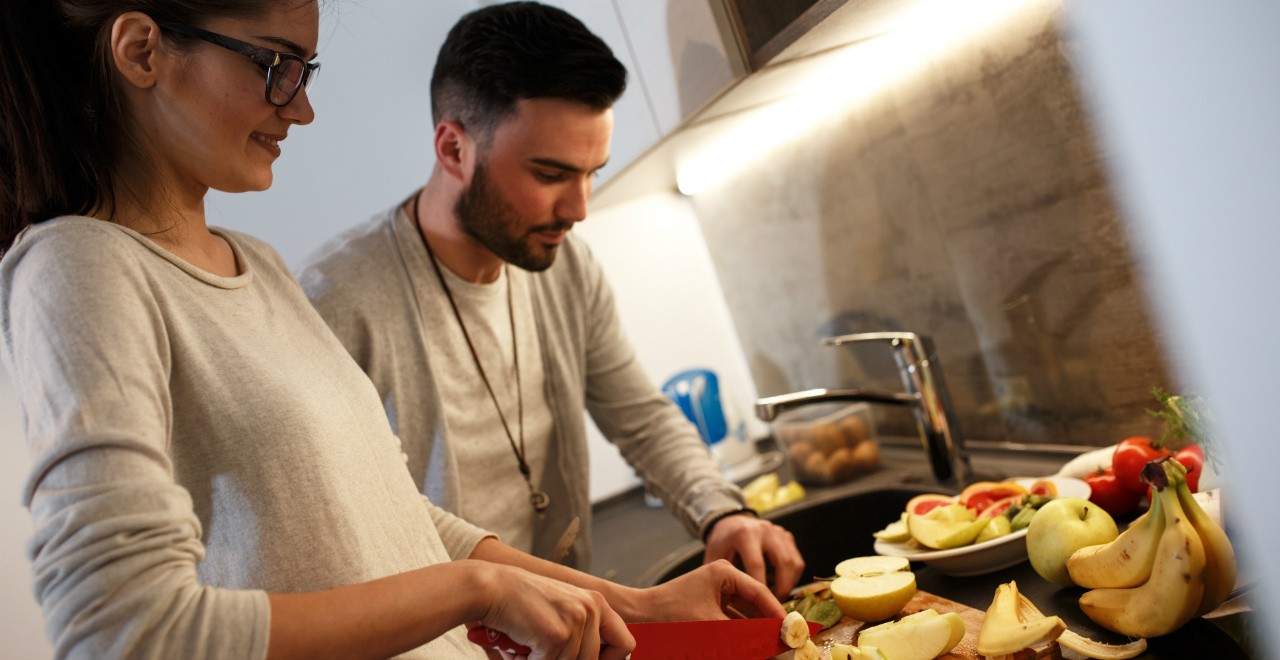 Going vegan or vegetarian can be a healthy change as long as you plan to replace essential vitamins and nutrients you would otherwise get from meat, eggs and dairy products.

If you’re becoming vegetarian or vegan, know that you’ll have to beef up your diet in other ways, says a University of Alberta dietitian.

Switching to a plant-based diet—whatever the reason—isn’t as simple as taking meat or other animal products like cheese, eggs and milk off the table; it’s also about making sure you fill the resulting nutrient gap, said Sabina Valentine, a nutrition expert with the Centre for Health and Nutrition in the School of Public Health.

“The more restrictive a diet is, the higher the risk for vitamin deficiency,” she said.

Generally, a well-planned plant-based diet is good for most people, including those with chronic health issues, because of the benefits that come with eating a lot of fruit and vegetables, as well as whole grains and legumes.

“Done correctly, a vegetarian or vegan diet is very healthy,” Valentine said. “Meat and dairy products contain fat, which is very calorie-dense. When you’re not eating as much fat, calorie intake decreases.”

A plant-based diet is also high in fibre and helps keep blood pressure, blood sugar and cholesterol levels down. But it’s still important to get crucial vitamins and nutrients that would otherwise come from meat, eggs and dairy products, Valentine said.

“You may have to work hard to make sure you’re meeting nutrient requirements.”

In vegan diets, which don’t include any animal-based products, it’s especially important to supplement with foods rich in protein and vitamin B12. These nutrients are also important for vegetarians, but easier to get if they include dairy products or eggs in their daily meals.

Protein—provided by meat and dairy products in a traditional diet—is crucial to the body’s immune system, brain and hormones, Valentine said. “It helps keep the body’s tissues and organs healthy and functioning.” Lack of protein also leads to less muscle mass as we age.

Legumes—high-fibre plant seeds like beans, peas and barley—are good alternatives to meat and dairy. The best is the soybean, which has all the amino acids needed to make it a complete protein. Soy-based products include milk, flour and tofu—soft white blocks of bean curd formed from coagulated soy milk.

“Soy provides lots of options for someone with a vegan diet,” said Valentine.

Other good protein sources are nuts like almonds, pecans and walnuts. Along with soy, they also contain healthy omega-3 fatty acids normally provided by eating fish like salmon.

Vitamin B12, found naturally in fish, meat, poultry, eggs, milk and milk products, is the other nutrient that must stay in a plant-based diet, Valentine said.

“It assures good nerve function and helps red blood cells transport oxygen through the body. That guards against anemia and tiredness.”

Though eggs contain B12, it isn’t found in plants, so vegans and some vegetarians need to take it in tablet form, five to 10 micrograms a day. She also suggests regular medical checkups for blood tests to guard against anemia and to see a doctor if symptoms of B12 deficiency appear, such as exhaustion, numbness, tingling, memory loss, disorientation or abnormal gait.

Other important daily nutrients like iron, calcium and zinc are provided from eating a healthy plant-based diet. The exception is vitamin D, which most people—vegetarian or not—don’t get enough of. Essential to strong bones, it’s found in eggs, fortified milk, fish oil and vegetable oil, but Valentine also recommends a daily dose of 400 IU.

Not all veggies are created equal

Veggies and fruit are all good, but some pack more of a nutritional punch that’s important for vegans and vegetarians, Valentine said.

Two to four daily servings of dried fruits like apricots, figs, prunes, raisins or dark, leafy greens like broccoli, kale, spinach and bok choy will help fill the need for calcium, iron and zinc, along with grains like quinoa or wild and brown rice.

A well-planned plant-based diet is safe for everyone, from pregnant moms to seniors and athletes, as long as they take care to monitor and avoid nutrient deficiencies, Valentine said.

Even children can do well as vegetarians or vegans, although caution should be used with children aged nine months to eight years, she added. The Canadian Paediatric Society recommends children between those ages not be fed plant-based beverages, due to a lack of fat, protein and calories. Soy milk for kids over the age of two would be the only exception to this new guideline, Valentine said. For older children, soy milk can provide enough fat, protein and calories—it is equivalent to one per cent or two per cent milk—as long as it's fortified with calcium and vitamin D. But other plant-based beverages, like coconut milk, rice milk or almond milk, won’t provide enough of the nutrients required for growth between the ages of nine months and eight years.

“It’s going to compromise their development and growth, and they can become very malnourished.” Cow’s milk is the best option, with some dairy products included in a child’s diet up until age eight.

Those who switch to vegetarian diets—particularly young people—just to lose weight should also consider their options carefully, Valentine said. “You don’t want to be on a vegetarian diet for the wrong reasons, like body image issues.

“Losing weight isn’t about what you are eating, but about the number of calories. You can have a healthy diet that includes meat and still lose weight. You still need to be healthy so you’re not impeding growth.”