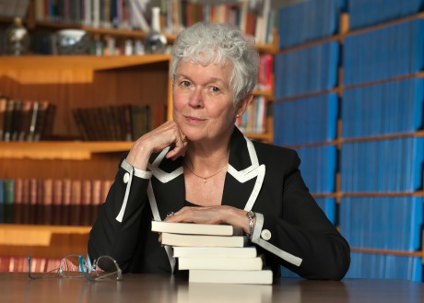 In “iGiselle,” players can choose to make the doomed heroine master of her own fate.

To build visuals for iGiselle, Vadim Bulitko and his team shot photos of ballet dancers at a recent Edmonton production of Giselle. Featured here is Kiera Keglowitsch playing the character of Myrtha.

(Edmonton) Ever been frustrated with a story’s ending, wishing the protagonist had more power to change the outcome?

Video games are making it possible to rewrite traditional narratives like never before. And now a new partnership between English professor Nora Stovel and computing scientist Vadim Bulitko may well be the first to apply the technology to the world of ballet.

The two researchers are working on a game called iGiselle, based on the Romantic ballet Giselle, ou les Wilis, first performed in Paris in 1841. In the original libretto, the ballerina’s character dies of a broken heart at the end of the first act after learning that her lover Albrecht is betrothed to another woman. After summoning Giselle from her grave to return as a ghost, a group of supernatural women called the Wilis, maidens who have died before their wedding, conspire to dance Albrecht to death, but in the end Giselle frees him from their grasp.

The video game, however, allows players to choose a different, less fatalistic path for Giselle, endowing her with a kind of agency more in line with the values of a modern-day woman.

“Romantic ballets don’t feature women as we now think they are, or should be,” says Stovel, who studied ballet dancing as a teenager and went on to teach it for some 20 years while raising a family and pursuing graduate work in English.

“Especially in these 19th-century ballets, women are idealized and etherealized. In Giselle, because she’s a ghost, the partner lifts her as if she’s flying, and she appears to be weightless. The pointe work is also used to suggest that she’s not really walking on the ground, but just skimming the surface.”

In her book project, Women With Wings: The Romantic Ballerina, funded by a KIAS Cluster grant from the U of A’s Kule Institute for Advanced Study, Stovel describes how classical ballerinas are often divided figures—sexual icons at the same time as ethereal, idealized beings—and they often die at the midpoint of the story, and then return from the grave, to underscore that duality.

“Giselle in Act 1 is lively, charming and girlish, and as a spirit in Act 2 she is very ethereal,” says Stovel. “And it’s the same dichotomy with Swan Lake—you have the white swan and the black swan, usually danced by the same dancer.

“I thought it might be really interesting to create a video game where people could rewrite these tragic narratives,” she says.

And so Stovel, Bulitko and a team of graduate students are hard at work figuring out how Giselle might escape this binary trap as they devise alternatives to the heroine’s tragic trajectory.

At one point in the video game, for example, Albrecht proposes to Giselle, and she has the option of either accepting or refusing, which will alter subsequent events. Later, when she learns of Albrecht’s betrayal, she is presented with a number of choices, including revenge, forgiveness or simply “standing up to the demanding people in her life and pursuing the path that will bring her the greatest happiness.”

Bulitko stresses it’s not a game in the competitive sense—there is no winning or losing per se, just the exploration of new narrative possibilities. It’s not unlike the Choose Your Own Adventure book series that was popular in the 1970s, says Bulitko.

“What if Giselle doesn’t have to die? How would the world be if she survives? How would her relationships be changed?” asks Bulitko, who learned of Stovel’s ballet project in a chance meeting at the U of A’s Faculty Club and thought it would make a challenging and novel “test bed” for his new technology, partly based on emotion- modelling techniques developed at the U of A.

According to that model, each player has “a unique story experience while remaining on the same emotional path,” says Bulitko. It’s not unlike coding for archetypal patterns found throughout literature.

“So the computer is going to pick events, dynamically as the game progresses, to try to keep the player on a certain emotional trajectory,” he says. “If, for example, it’s time for the player to feel depressed and the player isn’t depressed, the computer will try to find the next narrative event to depress the player.”

Stovel and Bulitko say iGiselle’s creators expect a “bare-bones” version of the final product to be ready for demonstration by this summer and are hoping it will be ready for distribution by Christmas.