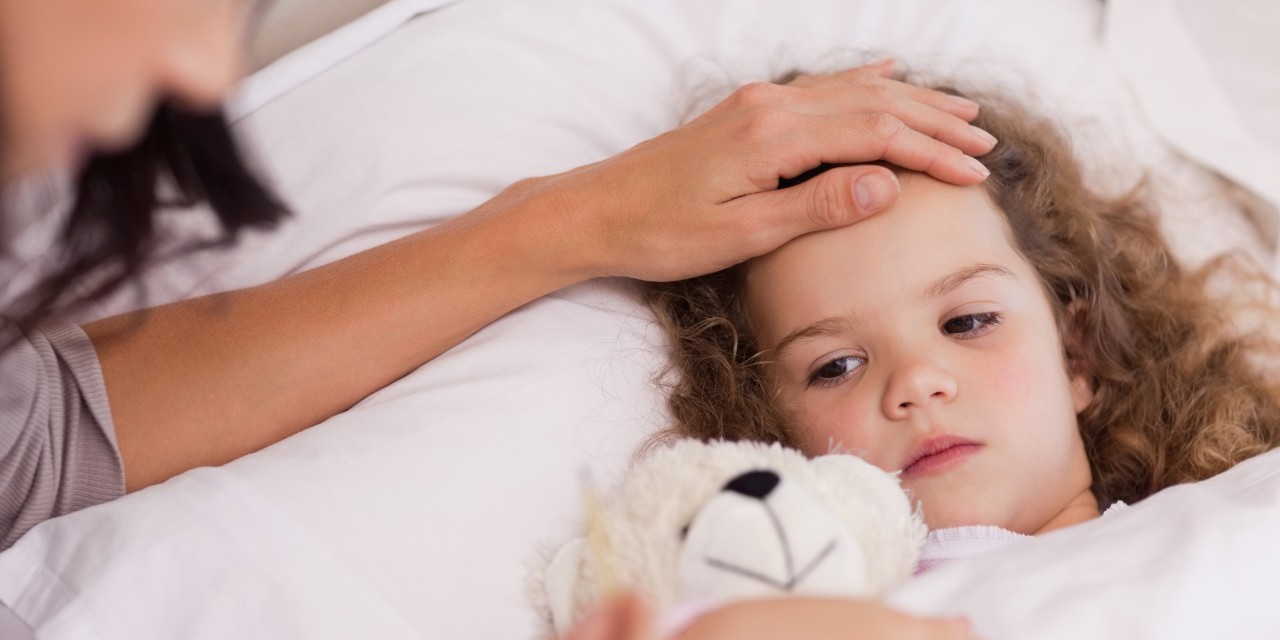 Parents wondering whether their child's cough, cold or wheeze is serious enough to mean an emergency room visit can find help in a new video produced by U of A researchers that takes a storytelling approach to offer easy-to-understand, evidence-based advice. (Photo: Getty Images)

The best way to inform parents of the latest evidence on the diagnosis and treatment of childhood illnesses is to tell them a story, according to the researchers behind an innovative program at the University of Alberta.

“In Canada, one in five kids who go to the emergency room department don’t need to be there and could be treated elsewhere,” said nursing professor Shannon Scott, Canada Research Chair in Knowledge Translation in Child Health.

Scott has worked with Lisa Hartling, pediatrics professor and Canada Research Chair in Knowledge Synthesis and Translation, for 15 years to develop resources for parents.

“If we want families to be using the latest information, they’re not going to be reading the 300-page technical report or even the 10-page scientific paper,” said Hartling, director of the Alberta Research Centre for Health Evidence (ARCHE).

“We really need to get this information to our end users in different forms.”

The latest video, Cough, Cold and Wheeze: How to Help Manage Your Child's Bronchiolitis, has been nominated for the 2019 Canadian Institute of Human Development, Child and Youth Health video competition.

The team did a national needs assessment to determine which topics were of highest interest to parents who have sought emergency care for their children. The first topic they tackled was croup, with a hard-copy storybook that was then turned into an ebook.

A randomized controlled trial of the storybook’s impact on parents of children with croup found that while it did not reduce parental anxiety about their child’s illness, it did increase their “decision regret”—in other words, with the knowledge they gained through reading the story, they would make a different choice and care for their child at home longer instead of taking them to emergency right away.

“We’ve learned that, through storytelling, we can embed the research evidence as a way to engage with the parents so that they can connect with it in a way that is more tangible and more real to them based on their experience,” Hartling explained.

Hartling said they work for up to two years on each topic to integrate the best diagnostic and treatment evidence with parents’ experiences.

As well as consulting with emergency and clinical experts, parents with children who have had the target illness are interviewed to find out where they sought information, what information was missing, how they made the decision to go to the emergency department and what information they needed to care for their child later at home.

Once the video or infographic is developed, it is tested by the team’s Pediatric Parents’ Advisory Group.

Meaghen Allen, mother of Russell, 9, and Hugh, 8, has been a member of the parent group for three years.

“We’re kind of like a sounding board to make sure they’re reaching the right people,” she said.

Allen said for the Cough, Cold and Wheeze video, the parents asked what wheezing sounds like, so an audio sound effect was added. They expressed a preference for plain language, such as “oxygen levels” instead of “oxygen saturation,” and “lungs and airways” instead of “respiratory tract.”

“I just see it as a way of giving back so we have healthy children and healthy families,” said Allen of why she volunteers monthly with the parent group. “Our opinion is valued.”

When the tools are nearly complete, they are tested for usability with parents in at least three emergency rooms across the country.

“We want to be sure they’re able to look at our tools and find them useful in that moment when they have an acutely ill child with them, “ said Scott.

Knowing when it’s time to go to ER

In the latest video, four-year-old Sam gets a cold, which he passes on to his baby sister, 20-month-old Kira. While Sam recovers quickly, Kira develops a cough, stops eating and drinking, runs a fever and has trouble breathing. The family takes Kira to the emergency department, where she is diagnosed with bronchiolitis, a common condition that leads to inflammation of the respiratory tract in children under the age of two.

Since bronchiolitis is usually caused by a virus, no antibiotics are prescribed, but Kira’s parents learn how to care for Kira at home by sitting her upright so she can breathe more easily, cleaning her nose regularly, offering lots of fluids and relieving fever and pain with acetaminophen or ibuprofen. Kira’s parents take turns staying home with her for almost three weeks, until her cough clears up.

Hartling said parents often expect more medical intervention when they take their children to hospital. She has researched best practices for the care of children with bronchiolitis for nearly 20 years, research that stemmed from wide variations in practice. She helped prepare the Bronchiolitis Bottom Line Recommendations that are shared with physicians, and she noted that as standards of care change for any of the illnesses covered, the tools will need to be updated.

Hartling and Scott, who are both Stollery Science Lab Distinguished Researchers, said the next topics they will tackle are constipation, concussion and how to get ready to visit the emergency department.

“Effectiveness means it increases their knowledge or their confidence in managing their child so they can make a more informed decision about seeking medical care,” said Hartling.

The entire series of parent tools is available at the Translating Emergency Knowledge for Kids (TREKK) website.