Violence is a public-health problem 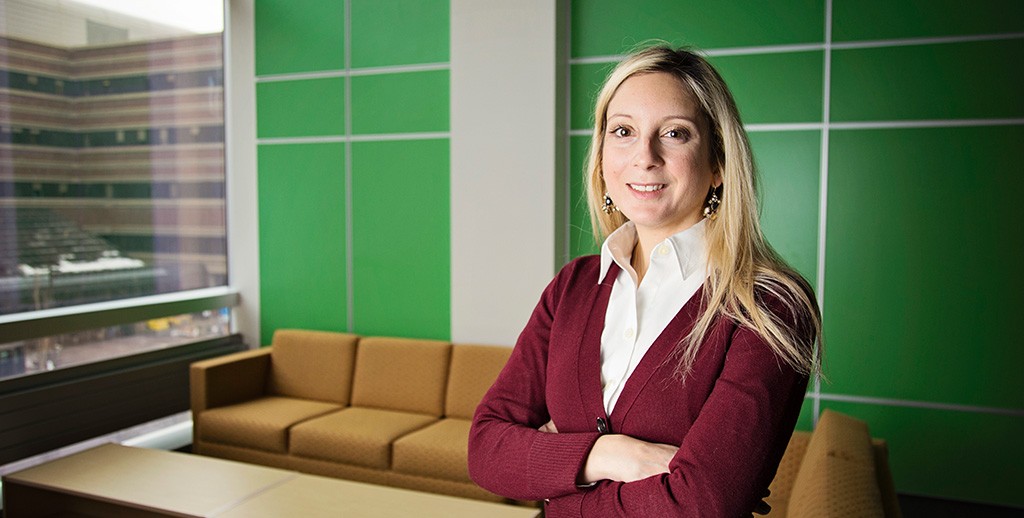 Stephanie Montesanti is a health policy expert and assistant professor in the School of Public Health at the University of Alberta.

Alberta has the highest rates of interpersonal violence of any province in Canada. In the last five years, nearly 75,000 Albertans have reported violence by a spouse or partner.

Research shows that issues like unemployment in an economic downturn could have rates on the rise.

“Violence is a public-health problem,” says Stephanie Montesanti, health policy expert and assistant professor in the School of Public Health.

“When it comes to interpersonal violence, we think of women as victims and men as perpetrators. But this loses sight of the real causes, regardless of who typical victims and perpetrators are,” explains Montesanti in research recently published in BMC Women’s Health.

The causes behind interpersonal violence are much broader than individual relationships—and how we define the problem shapes policy responses.

These social factors are the living and working conditions in our everyday lives. They include education, economic status and housing, as well as more fundamental components such as gender, disability and ethnicity.

These factors can contribute to high rates of violence. As a result, rates of violence are higher in vulnerable populations. This includes those living in poverty, struggling to find employment or living with addiction.

According to Statistics Canada, Alberta is home to many vulnerable populations, such as immigrants (11 per cent), visible minorities (18.4 per cent) and Indigenous people (15.8 per cent). And economies prone to boom and bust, like Alberta’s, have periods of high unemployment and instability.

“Alberta has more cases involving domestic violence against women than any other province. We have the highest rates of self-reported family violence in Canada—7.2 per cent, compared to 6.2 per cent nationally,” says Montesanti.

But there has been progress.

“Both our federal and provincial governments have recently appointed a minister for the status of women. Gender-based violence is a policy priority for government, which is an initial key step to addressing the problem,” says Montesanti.

“The next step is to develop preventative measures, rather than reactive interventions.”

One program is Research and Education for Solutions to Violence and Abuse (RESOLVE), a research network focused on ending violence across the Prairie Provinces.

“RESOLVE has strong potential to shape program and policy in Alberta, Saskatchewan and Manitoba.”

“Public health has been successful in reducing the prevalence of many complex health problems,” says Montesanti.

“The same factors that influence obesity and chronic disease contribute to interpersonal violence. If we can address them, we can address violence in our communities.”

Montesanti is a guest editor on violence, gender and health for BMC Women’s Health.

Violence is a public-health problem