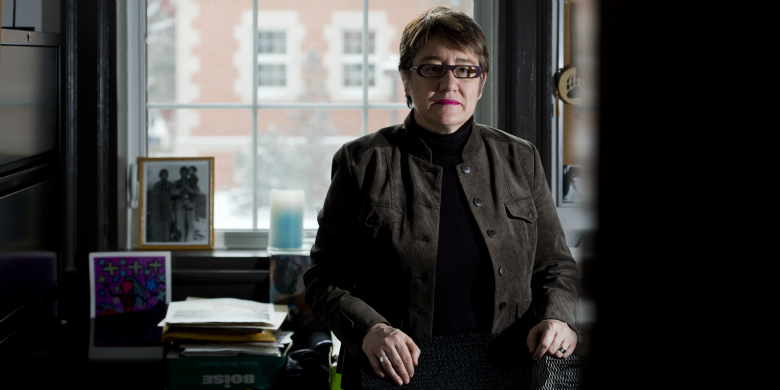 130129-nathaliekermoal-banner
UAlberta professor Nathalie Kermoal hopes the talk she is leading Jan. 30 during International Week will help bring to light the high rate of violence against Aboriginal women and girls in Canada. (Photo: John Ulan)

(Edmonton) There are more than 580 missing or murdered Aboriginal women and girls in Canada, with 93 cases in Alberta alone, most of them unsolved murder cases. Those numbers are disturbing to professor Nathalie Kermoal, who wants to raise awareness of the issue through a talk she is leading as part of the University of Alberta’s International Week activities.

“It is important to bring awareness of the fact that there is an alarmingly high rate of violence against Aboriginal women and girls in Canada.”

This year’s theme for International Week is “Conscious Culture: Finding Paths to a Better World.” Kermoal’s topic found its way into the lineup of events based on a Canadian Studies class Kermoal teaches at Campus Saint-Jean. Focused on political, constitutional and urban issues, class discussion included the troubling subject of violence against Aboriginal women and girls.

One of the students, Aurélie Lesueur, went on to conduct some research about media coverage of the issue, including some stereotypes she found were being perpetuated. Presenting the talk in French at Campus Saint-Jean on Jan. 30, Kermoal will be joined by Lesueur, who will share her research findings, and by another Campus Saint-Jean colleague, Emma Yellowbird, who will outline community awareness initiatives, such as the REDress project that came to campus in 2012.

Kermoal’s talk also references the Idle No More movement, which she says has ties to the issue of violence against women. “A lot of women are involved in the protest, and Idle No More happened because of four women in Western Canada,” she noted.

She hopes that the audience will walk away with more awareness—and concern—about the voiceless victims who are at the heart of the presentation.

“We hope that people don’t stay indifferent to an issue that, it seems to me, concerns everybody.”

Of French descent herself, and as a professor who is cross-appointed to the Faculty of Native Studies and Campus Saint-Jean—as well as serving as associate dean (academic) at Campus Saint-Jean and as a special advisor to the provost on Aboriginal academic programs—Kermoal sees value in drawing together diverse groups.

“Bringing everyone together in awareness is important. And I believe education can also happen outside of the classroom about how people can get involved to help and support societal change.”

The presentation, which runs from 11:45 a.m. to 1 p.m. Wednesday, Jan. 30, in Salle 3-04, Pavillon Lacerte at Campus Saint-Jean, will be followed by a question-and-answer session. The event is free to attend and everyone is welcome.