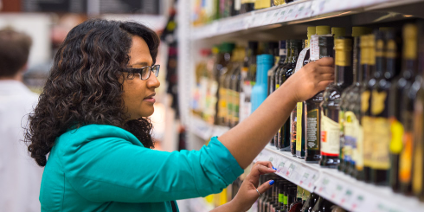 I just opened my eyes to happenstance—‘Why not try something new’ became my motif throughout my undergraduate career.

Juanita Gnanapragasam has devoted her time and research to improving her fellow students' well-being. 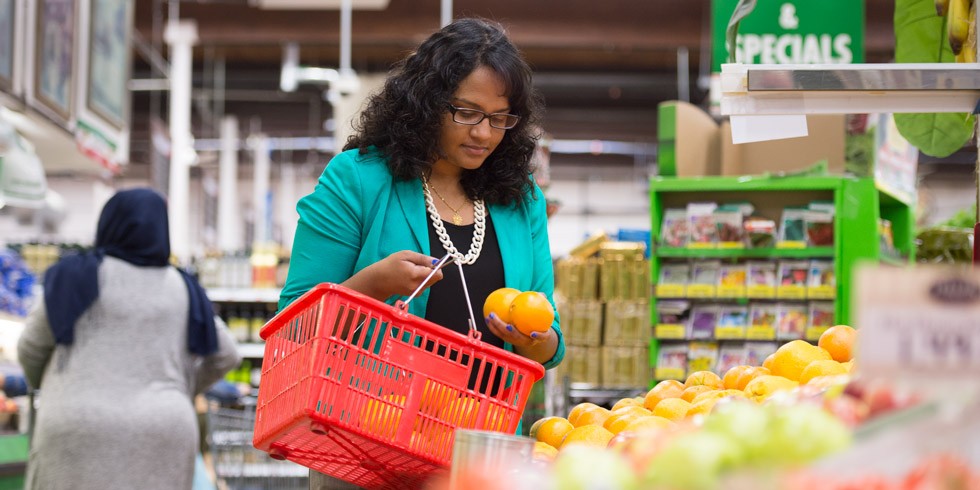 Juanita Gnanapragasam was just one year old when her father, a new arrival from Sri Lanka, attended the University of Alberta.

Unfortunately, his time at the university lasted only two years before the crush of debt and shifting priorities interrupted his studies and forced him into the workforce.

Juanita’s father went on to build a successful career as an IT consultant and carve out a nice life for himself and his family with no regrets, only thoughts that one day he would return to the U of A to finish what he started.

And while her father still waits for his chance to come back, Juanita took up the Gnanapragasam post-secondary torch, held it high and will graduate today with a bachelor of science degree in biology that also includes a certificate in sustainability and a minor in music.

The story behind Gnanapragasam’s parchment tells of an unmatched involvement in her fellow students’ well-being and a giving spirit.

“From my dad’s experience and hearing of other experiences, I really wanted to make a difference to students on campus,” she said. “I knew how hard it was for him, so I would never want a student to come to university and not be able to finish because they weren’t able to get support.”

Gnanapragasam began her time at the U of A as most do, just trying to figure out the lay of the land. Then, in her second year, “I just opened my eyes to happenstance—‘Why not try something new’ became my motif throughout my undergraduate career.”

Gnanapragasam quickly became a mainstay as a UAlberta Ambassador, a volunteer with Sustain SU, vice-president of communication with U of A Compliments and a career peer educator with the U of A Career Centre. She also undertook a Little Bit of Help research experience program, was named a coach with the Faculty of Rehabilitation Medicine’s FIRST Lego League, helped turn the Healthy Campus Unit’s Unwind Your Mind into a year-long resource and received her first publication credit for work on the widely cited Healthy Infant Longitudinal Development (CHILD) Study.

It was Gnanapragasam’s work on the CHILD study that led her to the doors of the Undergraduate Research Initiative (URI), where she volunteered for three years before receiving a URI stipend in early 2016.

Her project, one of the first URI stipends funded through a partnership with the Office of Sustainability, focused on understanding barriers that international students face to healthy eating when they come to the U of A.

Her interest in nutrition was first piqued when she was a member of the Healthy Campus Unit, after hearing stories about the trials and tribulations of international students eating an unbalanced diet for reasons ranging from fruits and vegetables looking different from what students were used to back home, to students coming from cultures where canned food was deemed unhealthy.

In one encounter, Gnanapragasam met a girl from China who came from a province where the water was so polluted that she came to Canada believing that all tap water was poisonous, so she was buying bottled water for cooking and showering.

“To me it was crazy that cultural beliefs could have such a big impact on food—it was something I never thought about.”

For her project, which is ongoing, Gnanapragasam interviewed 42 students from 20 countries.

Some of her findings include a resounding yes to the question of whether it is important for international students to eat the same as they do back home.

“The responses indicated it is important for cultural sustainability. Next to language, food is the last link that they have to back home, and they feel like they’ve lost their identity if they only eat new food,” she says. “Obviously eating healthy impacts how you do in school, and having that belief could be very detrimental.”

“I found the more I became involved on campus, the better I did in school. My engagement made me care more about school, and actually gave me more motivation to do well.”

Her survey also showed that students felt a lack of accessibility to traditional foods and ethnic foods was also causing them to eat an unhealthy diet. Gnanapragasam said this finding surprised her because the U of A has a service for that.

“Some students complained about buying rice and ethnic spices, yet they didn’t know there is a grocery bus program on campus that takes students to various Superstores every other Saturday—that’s a huge promotion gap of what I have found to be amazing student services here at the U of A.”

The next phase of her research project is to use the data to advocate for solutions—perhaps food tasting seminars or the creation of an appliance library—something Gnanapragasam will be able to do starting in September as a health promotion grad student with the School of Public Health.

And though it may seem amazing that someone who gives so much of herself can still be successful academically, Gnanapragasam insists that the grades came because of her involvement, not in spite of it.

“When you get involved, you meet people face to face, which can inspire you into thinking about things you want to do,” she says. “I found the more I became involved on campus, the better I did in school. My engagement made me care more about school, and actually gave me more motivation to do well.”