Eight years before women could vote, they could come to the University of Alberta. 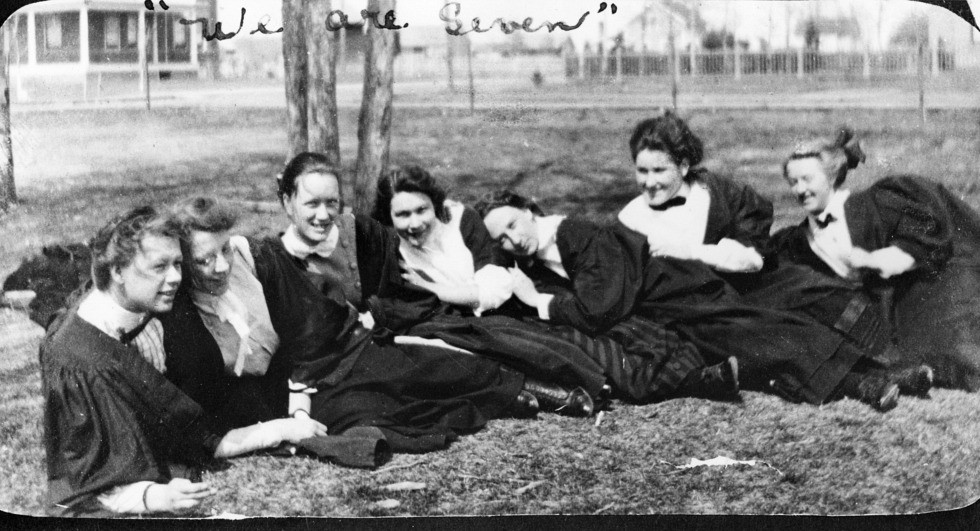 The University Act of 1906 declared that “no woman shall by reason of her sex be deprived of any advantage or privilege accorded to male students of the university.” The Persons Case was still 20 years away, and women in Alberta were not provided the vote until 1916, but from the outset, women were granted admission to the University of Alberta.

In 1908, seven of the first 45 undergraduates were women. Agnes Kathleen Wilson was the first woman to register at the U of A. She was also a vice-president on the first Students' Union, as well as an editor at The Gateway. She was accompanied by Ethel Anderson, Winnifred Dorothy Hyssop, Ada J. Johnston, Mary Elizabeth Lloyd, Decima Robinson and Erna Roedler. There was also a female graduate student in the first cohort, Jenny Storck Hill. The first seven female undergrads created their own society, the SIS (Seven Independent Spinsters), though little of their activities are known.

In the next four years, seven more women enrolled each year, expanding the co-ed population at the U of A. After a female sorority called Upsilon Upsilon (the “Umpty Umps”) was forbidden by President Tory (he was opposed to both fraternities and sororities), the women on campus created the Wauneita Society, which existed on campus until 1973. 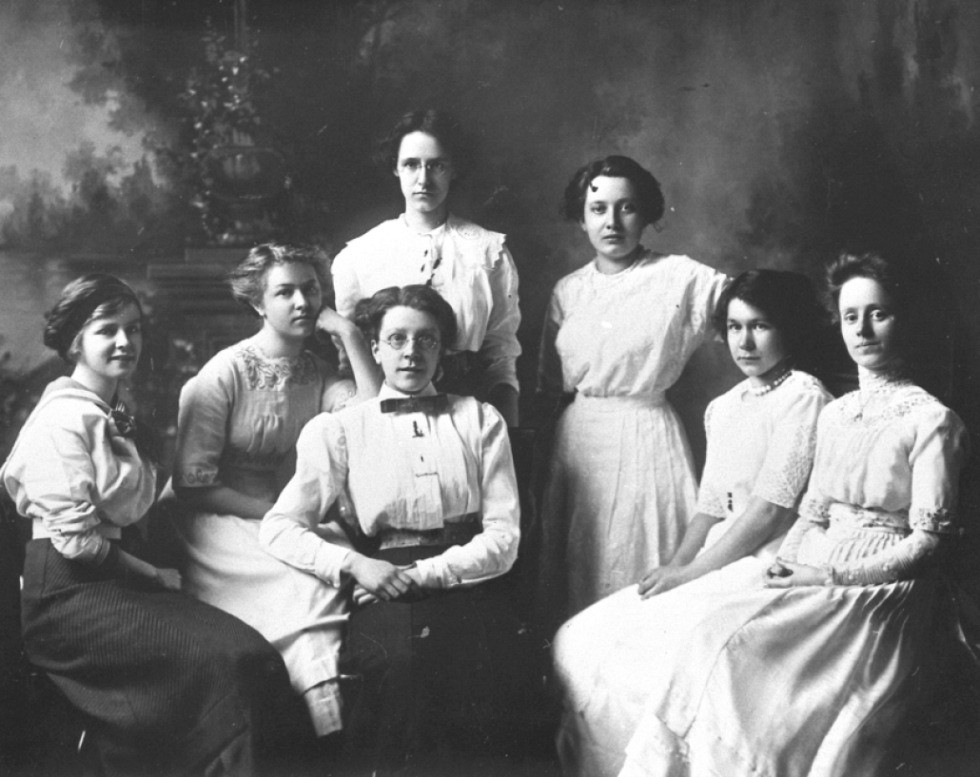 Making an impact: Female firsts at the U of A

—With files from Ellen Schoeck