U of A student researchers pinpoint city neighbourhoods most suitable to fill in “missing middle” of housing development. 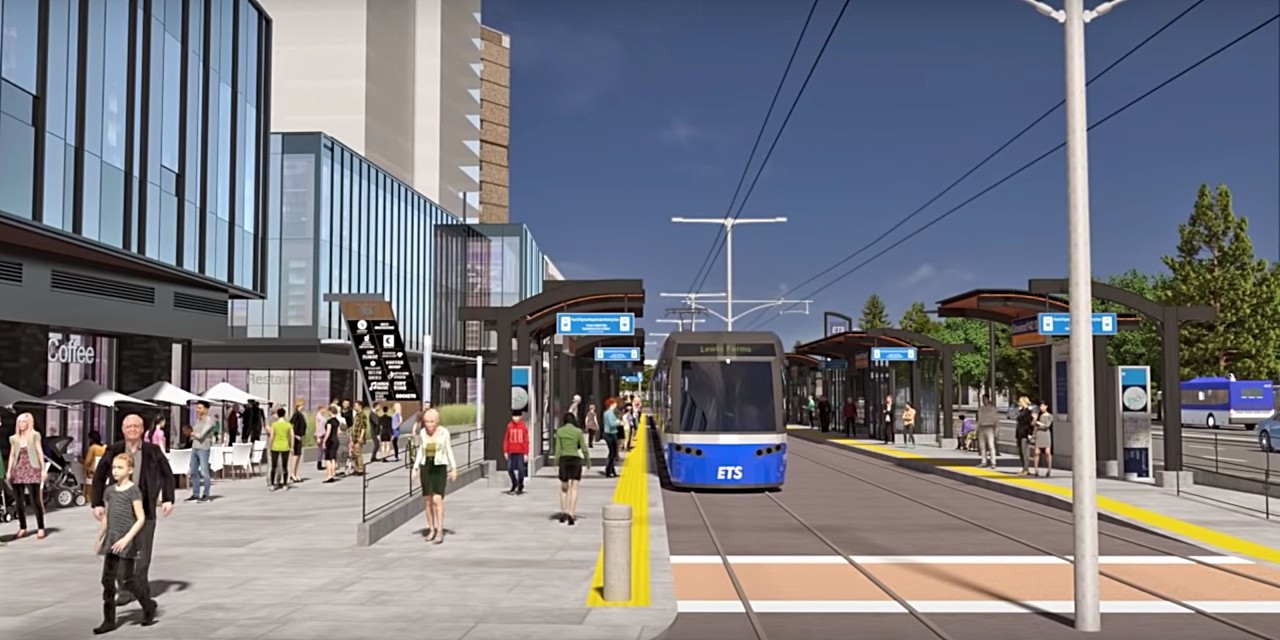 Design concept of a planned Valley Line West LRT station in the west Edmonton neighbourhood of Grovenor. Neighbourhoods along the new line are best suited for medium-density housing essential to the city’s long-term urban planning, according to U of A student researchers. (Image: City of Edmonton)

Communities adjacent to the soon-to-be-completed Valley Line West LRT offer Edmonton the best opportunity to add much-needed population density to the city’s centre, according to a University of Alberta student research team.

“Whenever a North American city needs density, the solution has been to build a cluster of skyscrapers all right next to each other, which is what Edmonton has done with its downtown,” said Alex McPhee, who, along with classmates Jacqueline Johnston and Benjamin Livingstone, produced an infill suitability index that looked at the prospects for medium-density housing in Alberta’s capital, for their GIS and Advanced Cartography Social Science class.

“Without medium density, you’re left with this juxtaposition between forests of skyscrapers and sprawling neighbourhoods, which is not the best possible mix.”

McPhee said the negative effects of places that are too high in density—including social isolation, shadows cast on nearby communities and traffic concerns—are well documented, while on the other hand, the sustainability of urban sprawl has become a central theme in the fight against climate change.

He adds medium-density housing or “the missing middle” has become an essential part of the City of Edmonton’s long-term urban planning desire of providing affordable housing options, allowing residents to age in place, encouraging a diversity of households and contributing to more walkable neighbourhoods.

“The city of Paris has a ridiculously high population density, yet they achieve it almost entirely without skyscrapers,” he said. “It’s just the case that all the buildings in Paris are five or six storeys tall.”

McPhee said the rationale behind the project stems from a city-led Missing Middle Development contest, which invited development designs for five vacant lots near Kingsway Mall.

“This location is a good bet for medium-density housing because they are close to amenities, they are in a mature neighbourhood and there is an LRT station right across the road. Knowing that this one specific location was suitable, we wanted to identify the things that made the city select this location for the contest,” he said.

Using the city’s comprehensive open data, the group devised livability and accessibility indices to determine what Edmonton communities are ripest for a medium-density upgrade.

The livability index was based on 400-metre proximity, or a five-minute walk—the benchmark the City of Edmonton bases its walkability policy on—to a variety of public services including libraries, community halls and centres, attractions and recreation options.

For the accessibility index, the team awarded scores based on proximity to current and future bus routes and LRT lines, as well as proximity to the city’s bike lane network.

From there, the trio was able to generate a set of heat maps that covered the entire city. However, McPhee explained, they narrowed the scope of the project to transit neighbourhoods, which are defined as those that fall within a five-minute walk from an LRT station. 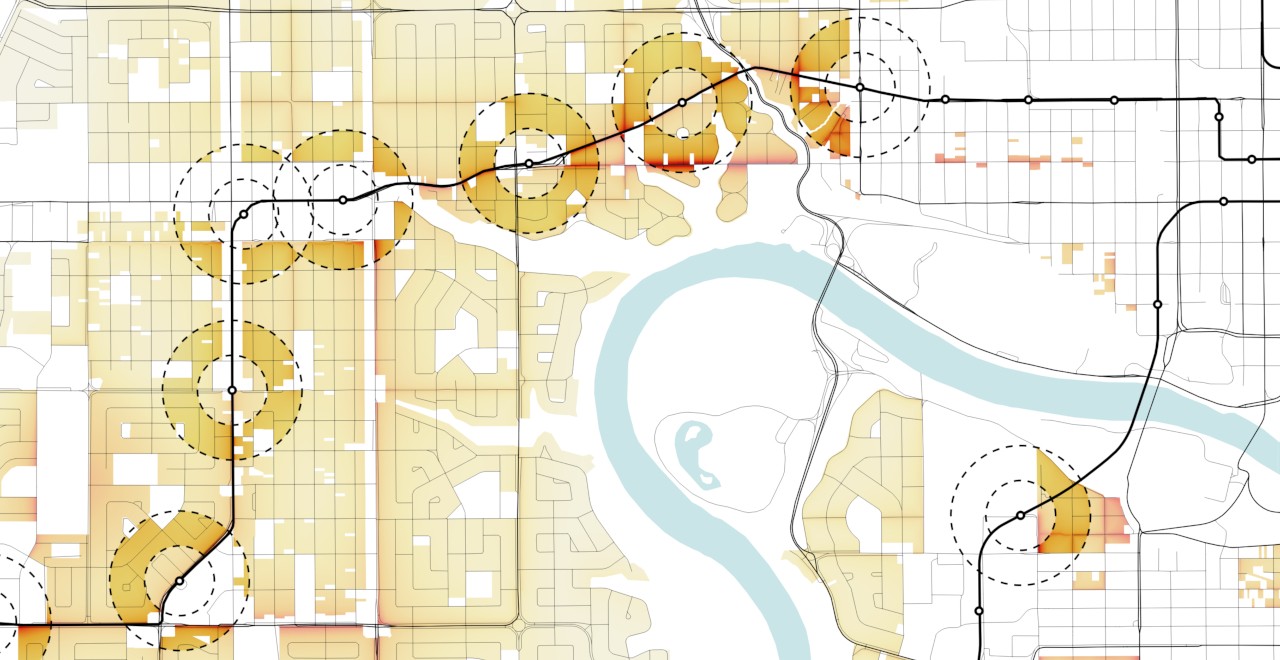 A heat map the U of A students created using open data from the City of Edmonton shows that neighbourhoods near Valley Line West LRT stations offer the best access to public amenities and transit to support medium-density housing development. (Image courtesy of Alex McPhee)

What the team found was West Edmonton neighbourhoods adjacent to the planned Valley Line West LRT, which connects the downtown with West Edmonton Mall and Lewis Farms on the western edge of the city, showed the most promise for medium-density infill.

“West Edmonton is a more mature part of the city, has a few more community services present and is not geographically isolated from the rest of the city, as the Valley Line West doesn’t have to pass through any industrial areas to get there,” McPhee said.

He added proximity to the core is something that distinguishes west Edmonton from other potential medium-density candidates with pedestrian LRT access, specifically Millwoods and St. Albert, which are “two big residential areas surrounded by a moat of light industrial development.”

Unfortunately, McPhee noted there is almost a perfect correlation between the communities most suited for medium-density infill opportunities and those most fiercely opposed to it.

“For instance, the LRT stop at Glenora, which showed up as a nice big red spot on our heat map, already has a restrictive development covenant in place. Nothing south of a particular street can be knocked over and replaced with anything bigger than what was there before.”

“These were places that scored relatively high but where restrictive covenants are less of an issue for developers trying to enter those areas.”