What a Trump administration means for Canada

UAlberta experts weigh in on how Donald Trump’s presidency could affect everything from NAFTA and the TPP to softwood lumber and the Keystone pipeline. 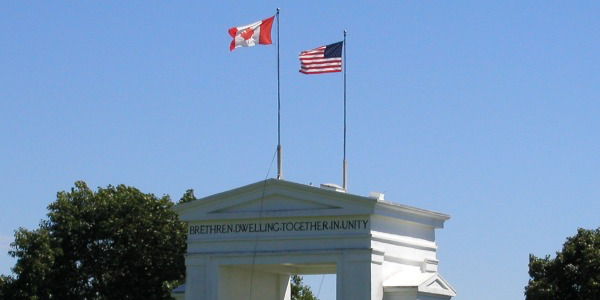 With the election of Donald Trump as president of the United States, Canada's relationship with its southern neighbour is entering uncharted territory.

It was an election stunner for which Canada is going to feel the effects for years to come.

Despite polls suggesting otherwise, Americans elected Donald Trump as their 45th president last night, as he ran on one of the most aggressive anti-trade campaign platforms since the late 1920s.

Trump promised to immediately renegotiate NAFTA, withdraw from the Trans-Pacific Partnership, identify every violation of trade agreements with foreign countries and use every tool under U.S. and international law to end these “abuses” to American workers, and build a wall between the United States and Mexico to stop illegal immigration from that country.

Experts agree Trump will renegotiate all or parts of NAFTA, the agreement that governs trade between the U.S., Canada and Mexico, rather than simply opt out.

“If he abrogates NAFTA, we return to the status quo, which would mean significant duties on both sides, so U.S. businesses would also lobby for that not to happen. His stance would be softened, because there’s too much at stake for everybody involved,” explained Rolf Mirus, professor emeritus of business economics.

Indeed, there is so much integration, investment and shared infrastructure among the three countries, especially Canada and the U.S., that Anderson believes it can’t be undone overnight.

“There are enough jobs in the American midwest tied to cross-border integration with Canadian business that even a wholesale change in terms of the (NAFTA) agreement, I don’t think you’d see a fundamental change in the pattern of trade initially.”

Canada and the U.S. enjoy the largest bilateral trading relationship in the world, worth $751 billion in 2014—something Canadian Prime Minister Justin Trudeau likely had in mind when he called Trump Wednesday night Trump to congratulate him on his victory and extend an offer to visit Canada "at his earliest opportunity."

There’s no way, added U of A adjunct political scientist Bob Murray, that a business person like Trump doesn’t look at his country’s largest trading and border partner and doesn’t truly believe the U.S. doesn’t benefit from a free trade agreement with Canada.

Experts also agree that Trump’s complaints about NAFTA have been targeted overwhelmingly to Mexico, not Canada. But business expert Richard Beason said excluding Mexico would damage all three economies.

“A big part of the goal of NAFTA was to make Mexico more of a prosperous country. As it develops a middle class, that makes it an incredibly powerful consuming country right next door, and that helps all of us. The U.S. has had to endure a $50- to $60-billion trade deficit with respect to Mexico, but in terms of foreign aid commitments, that is relatively cheap. And what’s better than seeing a country develop and not require foreign assistance?”

Is the Keystone pipeline back in play?

Most experts, but not all, agree that Trump will want to restart negotiations to build the Keystone pipeline, a project the Obama administration vetoed last November.

“That is the only silver lining for Canada and Alberta in particular,” said Julian Castro-Rea, a U of A political scientist who specializes in North American politics. “Trump is very aware of the economic importance of this pipeline. I believe he will try and push this idea through Congress.”

That should be easy given Congress approved the pipeline project last year, although there are some who believe the U.S. may not need the project at this point.

“And don’t forget Trump was very blunt in saying that if he was ever going to approve Keystone, he wanted an improved deal and something major in return (from Canada),” added Murray.

The future of softwood lumber

It’s a difficult trade issue to negotiate at the best of times, Anderson pointed out, given land use policies of Canada and the U.S. are vastly different.

“That’s why the dispute has festered for more than 30 years,” he said.

Most experts agree current negotiations aren’t going to get any easier under a Trump administration.

“I think Trump’s protectionist stance will hurt the progress that’s been made to date,” said Murray, who added he believes negotiations will get bogged down in bureaucratic minutiae or simply taken off the table.

Others, like Anderson, think there’ll probably be some sort of managed agreement where Canada will agree to limit its exports into the American market just like it did in previous agreements.

The Trans-Pacific Partnership is dead

One of the Obama administration’s signature achievements was the Trans-Pacific Partnership, a trade agreement signed in February 2016 between 12 Pacific Rim countries including Canada. Experts believe that under Trump, the deal will not be ratified by the United States and thus will die.

It’s a lost opportunity, according to Mirus.

“The U.S. had a chance to set future rules so that when China and India join, that would have already been established,” he said.

And for Western Canada in particular, the TPP would have offered “much more favourable terms” for getting beef, pork and other agricultural products into Japan, which producers strongly supported.

It’s ironic that a successful business person like Trump would espouse trade policies that were ultimately bad for business but, according to experts, that’s exactly what he’s doing.

“Overall, Trump is bad for Canada, bad for Europe, bad for economics,” said Mirus. “Trade generally is poverty-reducing. There’s always people hurt, but on balance if you have the right policies to compensate losers from trade, overall, it makes everybody better off.”

He said Trump’s policies don’t add up in terms of revenue and expenditures, wanting to lower taxes yet spend more. “It’s going to mean more debt and it is anti-trade and anti-progress.”

“Most economists agree that protectionism under him resulted in the Great Depression,” Beason said.

Hoover, who served from 1929 to 1933, allowed the Smoot-Hawley Tariff Act, which hiked tariffs and duties on all imports to America. Canada and Europe, its trade partners, retaliated by doing the same, and U.S. exports shrank dramatically.

“The whole world went into a protectionist mode and world trade collapsed,” he said.

If Trump keeps all of his economic promises to tear up NAFTA and trade relationships with Asian partners—China in particular—and with Canada and Mexico, consumer prices for everyone will spike dramatically, Beason warned.

“I don’t think China and Mexico would sit idly by. Trade is a much more important part of the GDP today than it was in the ‘20s.”

Such a dynamic could also ultimately harm American producers, who, if trade partners retaliated with tariffs, would be unable to sell their goods overseas, he added.

And it isn’t politically healthy for the world either, Beason noted.

“All other forms of international co-operation could start falling apart. For instance, the Chinese might be more belligerent with respect to territorial claims of disputed territory, like the East China Sea, the Sea of Japan and the Indian Ocean, which is in no one’s best interest.”

Anderson thinks it’s too soon to say how it will all turn out for Canada.

“Canada’s bread is buttered with trade. Access to open markets is a big deal,” he said. “The standard of living in this country depends on open markets, on selling stuff to other countries. Canadians need foreigners to buy Canadian products and services.

What a Trump administration means for Canada