What athletics can teach med students about preventing burnout

How high-performing athletes respond when they fail or succeed presents solutions for boosting medical student engagement. 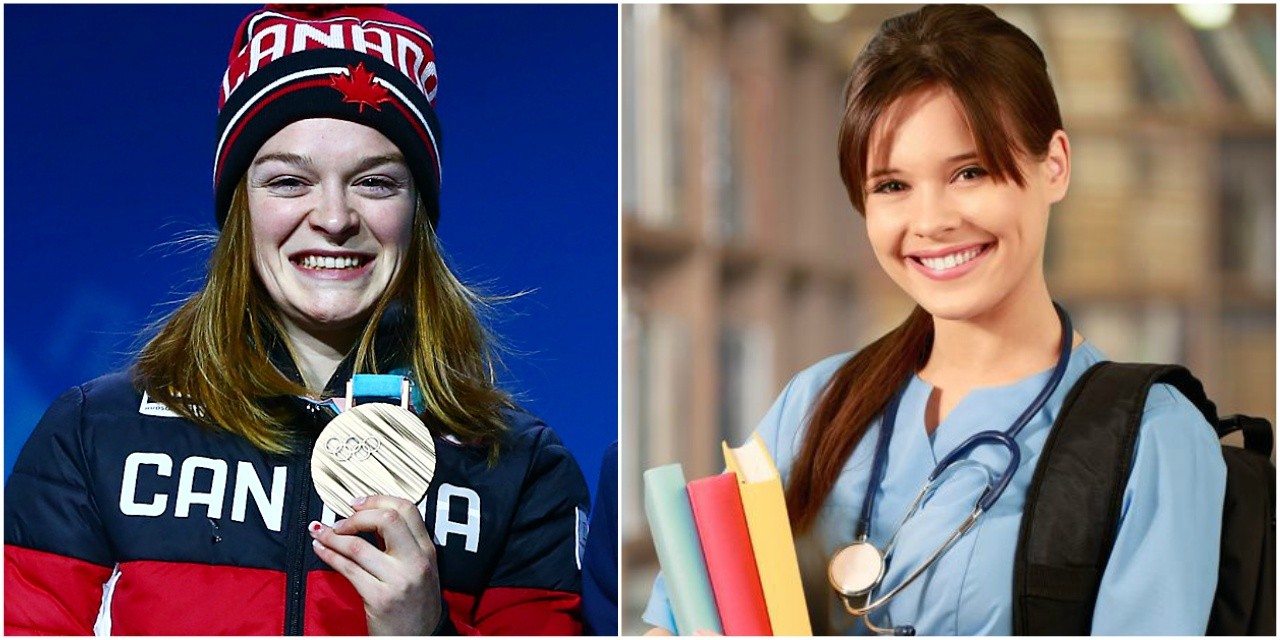 Experiencing a sense of competence or achieving one’s goals—not unlike that often learned by high-performing athletes—has the greatest impact on medical students’ levels of engagement and exhaustion, according to pioneering University of Alberta research.

“We’ve found that achieving goals with a focus on mastering the task for oneself versus a focus on past mistakes or comparing performance to others may help avoid the very real problem of burnout among medical students,” said Oksana Babenko, an assistant professor in the Faculty of Medicine & Dentistry.

Babenko and her colleague Amber Mosewich, an assistant professor in the Faculty of Kinesiology, Sport, and Recreation, are researching parallels between athletic participation and performance and studying medicine with hopes of identifying success factors that can be used by academia to avoid the major problem of burnout.

“Every year, Canada spends $213 million due to physician burnout,” said Babenko. “Doctors either leave their career early or reduce their clinical practice. We can’t afford that, so the question is, what can we be doing in school to help prepare medical students earlier on?”

The first study they conducted in 2016-17 showed medical students who pursued sports at higher levels of involvement—namely competing against either athletes including in a recreational league—in the past, and who also continued to enjoy some kind of extracurricular sports while in medical school, had lower academic burnout scores.

“This may be, in part, because sports and sports coaching can foster a ‘mastery goal approach,' which entails encouraging athletes to focus on gaining new knowledge and skills to improve on their own past performance, versus being overly self-critical or comparing themselves to others to gauge progress,” explained Mosewich.

The researchers’ latest study confirms that students’ basic psychological need for competence, which can be supported by the mastery goal approach, is the greatest influence on their engagement and exhaustion.

“This approach includes setting an optimal level of challenge and providing meaningful, constructive and timely feedback to learners, as well as reframing failures and mistakes as opportunities for learning and emphasizing effort as the path to mastery.”

Students can also draw on skills and resources they may have developed in non-academic settings such as sports or athletics, particularly during challenging or uncertain times, added Mosewich.

The importance of self-compassion

Historically, medical school admission committees have sought out academically high-achieving students, but Babenko said their research suggests that students who have also participated in athletics may have an easier time encountering failure and coping when they make mistakes.

Their research also revealed a lack of self-compassion among medical students who coped less well and reported greater exhaustion.

“In medicine, self-compassion is a foreign concept,” explained Babenko. “Doctors are trained to be compassionate about patients but not as much about themselves, and they can be overly self-critical.”

Mosewich said this is also true of athletes.

“Many athletes tend to beat themselves up and ruminate after a negative event. But evidence shows that lack of self-compassion is associated with procrastination and avoidance coping.”

“Not only that,” added Babenko, “but individuals who are more self-compassionate also tend to be more engaged in their studies and work; they are curious to learn more rather than fearful of making a mistake.”

For all of these reasons, medicine programs need to foster self-compassion to support the training of physicians who can cope effectively when they go out into the field and encounter complex patients or face challenges, she added.

There are several ways to do this, including through writing exercises, discussion, role playing and simulations with coaching to explore self-compassion, added Mosewich.

The 2017-18 study, “Contributions of Psychological Needs, Self-Compassion, Leisure-Time Exercise, and Achievement Goals to Academic Engagement and Exhaustion in Canadian Medical Students,” was published in the Journal of Educational Evaluation for Health Professions and funded by a grant from the Social Sciences and Humanities Research Council of Canada.

What athletics can teach med students about preventing burnout