What fish brains tell us about their social behaviour–and ours 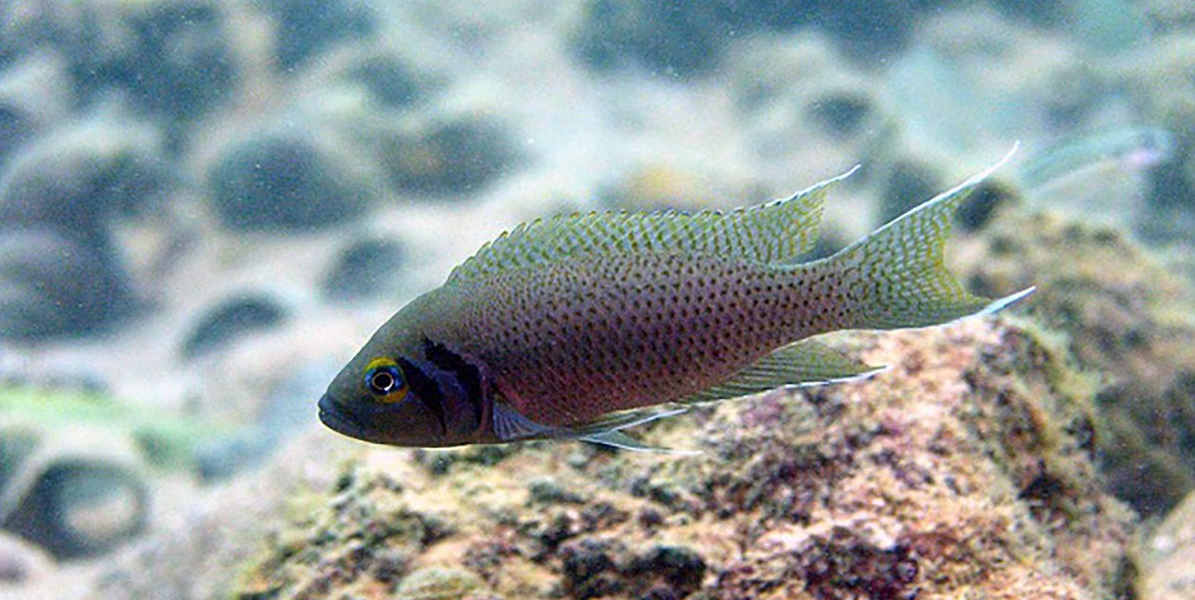 New research suggests that cichild fish like this one may hold the secrets to the evolution of sociality.

The differences in the brains of cichild fish species may provide important insights into the evolution of our own social behaviour, new research reveals.

A team of international researchers co-lead by UAlberta psychology researcher Pete Hurd studied different species of cichild fish in central Africa’s Lake Tanganyika and found they showed a wide range of sociality—some species breed in solitary pairs (but are doting parents, nonetheless) while others have larger social groups—which the researchers attribute to differences in the brain.

“For all the differences between human and fish society, the same bits of brain are working with basically the same chemicals to produce the same emotions,” said Hurd. “The degree of similarity between humans’ brains and fish brains—at least in this part of the social behaviour network—is very, very strong.”

Examining the brains of eight cichlid fish species with different social norms, the researchers compared the size and number of neurons associated with isotocin production, the fish equivalent to human bonding hormone oxytocin. The results show that species with increased sociality, including group living and cooperative breeding, have fewer isotocin producing neurons. This means the more social the fish are, the less isotocin they seem to use in their brains.

Understanding the neurological aspects of that change in one species, like cichlid fishes, can help us better understand other species, including humans. More oxytocin is associated not only with more affection and prosocial behaviour in humans, but also with a range of darker behaviours such as envy and ethnocentrism.

“These are not the fancy cortical structures that we associate with abstract thought,” explained Hurd. “These are the evolutionarily conserved brain areas where our motivating emotions seem to come from.”

Other research headed by Hurd examines genetic differences between more and less social humans, testing this hypothesis. For now, the proof is in the (fish) pudding.

What fish brains tell us about their social behaviour–and ours