What I did on my summer vacation 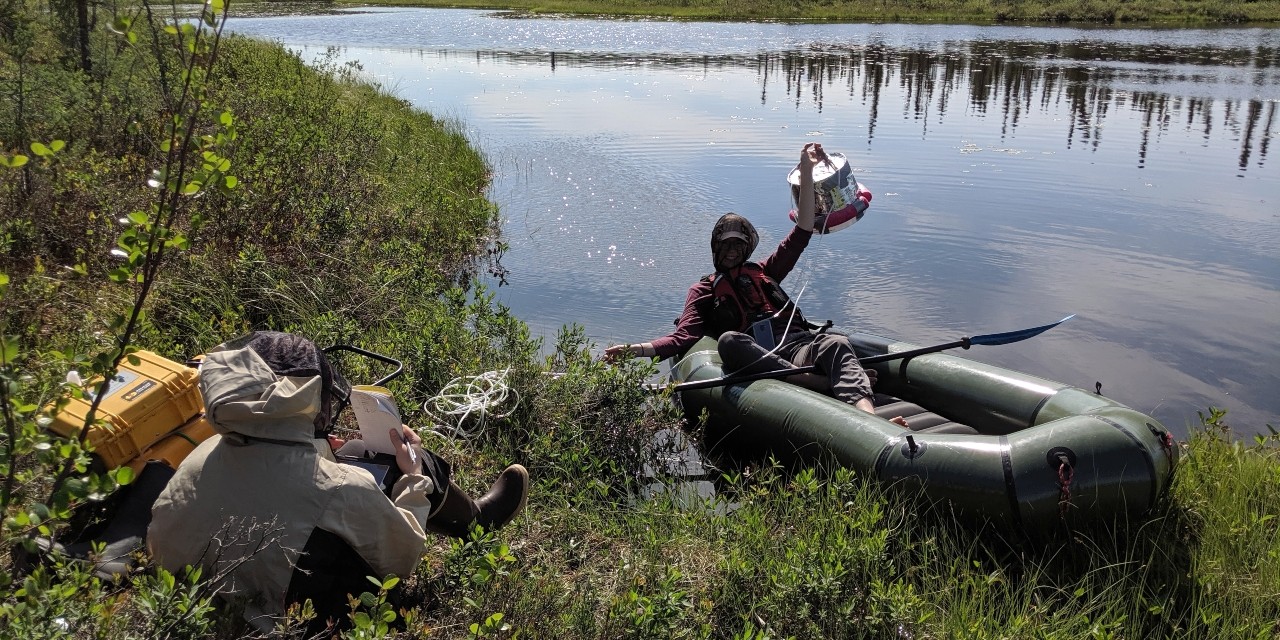 If Megan Strickfaden had to write the classic back-to-school essay, “What I did on my summer vacation,” she’d probably need a lot of foolscap.

After travelling on four continents, the University of Alberta design anthropologist is still shaking off the jet lag. In Brisbane, Australia, she connected with community, policy makers and scholars in a week-long conversation about how better design could improve life for people with disabilities. At the Donghua University in Shanghai, she spent a month teaching a graduate fashion design course. In Cologne, Germany, she led a doctoral school on disability research.

Summer isn’t much of a breather for researchers. Scientists span the globe collecting data, meet up with colleagues from far away, teach concentrated courses and hatch the ideas that will form much of the year’s work. And while few researchers have Strickfaden’s itinerary, she says summers provide crucial learning opportunities for researchers that will pay off throughout the year.

“It provides a different layer of reflection,” said Strickfaden. “You’re out of the daily routines, the paperwork, the meetings, the classes.”

Taylor MacLeod was all ready with the treadmill, but her subjects refused to run.

MacLeod spent her summer researching the plains sucker, an endangered freshwater fish that was only recently discovered to be different from the mountain sucker.

It meant hustling between a utility trailer “mobile laboratory” and the Milk River, which squiggles along the southern part of Alberta before heading south. From April to October, water is diverted into the river to keep up with irrigation, resulting in a fourfold increase in water flow.

MacLeod put suckers through a “fish treadmill,” a portable underwater racetrack that tests how well the fish can keep up. She soon learned that plains suckers don’t swim like their cousins; they just find a grip and hold on. The treadmill became a test of how quickly they slipped.

“They’re not used to 15 metres per second,” MacLeod said. “They’re not accustomed to such high flows, things like erosion, loss of habitat, habitat degradation.”

Back in Edmonton, students were counting eggs and layers in the ear bones to identify the age of the fish. MacLeod is watching protein levels to show a physiological adaptation that indicates the Milk River fish become “marathon runners” compared with the “sprinters” in a Saskatchewan River tributary unaffected by the flow.

MacLeod will head back south in the coming weeks to see how the fish cope when the flows return to normal.

“It’s been a super fun summer,” MacLeod said. “And I get to do it all again in a couple weeks.”

For the uninitiated, permafrost is permanently frozen ground. Booters are when you sink below your bootline in swampy water. And skeeters are so prolific up north, you need bug nets to fend off insanity.

As part of her PhD project on methane emissions, Kuhn hauled heavy air monitoring equipment and tromped through kilometres of muck. She surveyed dozens of small lakes at four latitudes, simulating how thawing permafrost could increase the release of methane. Master’s student Lauren Thompson joined her to measure mercury levels flowing out of the lakes.

“Basically, we’re using sites further south as proxies for what could happen up north,” Kuhn said. “It’s a small pond, surrounded by black spruce trees. The only thing that’s changing is how much permafrost there is and what the temperatures are.”

Climate change researchers have looked at methane emissions from thawing permafrost in Alaska and Russia. Yet none have studied the Taiga Plains, the northern boreal lands chock full of peat. As a natural insulator resistant to microbial digestion, peat is like a diet of carrots instead of chocolate, Kuhn said. But her research has still shown warmer lakes are emitting more methane.

“There’s carbon there, but it’s not the type of fuel the microbes want to consume,” said Kuhn. “But it’s quite possible that, as temperatures continue to warm, we’re going to see increases in methane in the North.”

On the repeated four-day trips north, Kuhn and Thompson binged on snacks, science podcasts and Harry Potter audiobooks. Along the way, they visited several Dene First Nations to talk about their research, camped above the MacKenzie River and generally steered clear of booters and skeeters.

“It’s this crazy blur, days all blend together,” Thompson said. “Every day is fun, you get to go hiking. You can’t really ask for more, unless there was a way to have less mosquitoes.”

Strickfaden’s busy summer itinerary included several urban centres, where she continued a 10-year project documenting the role of public art in connecting people with their communities, particularly those with disabilities.

It isn’t always an easy sell back in Alberta, where public art often generates more heat than light. But Strickfaden sees the role of public spaces as a key part of social cohesion, and a way of addressing growing problems like dementia. It’s a natural complement to other work, like the Design for All Week in Brisbane, which involved creating and exploring art through the perspective of visual impairments.

“Being able to have observations from other places I think is quite incredible,” she said. “It gives a unique lens on the building of public art, the placement of public art.”

While Strickfaden is glad to be back teaching, she says her summer work is already informing her lectures. Being able to talk about the consequences of design using tangible examples makes her a better teacher, she says.

“Unless we exchange ideas and understand what’s going on in our fields, and get different perspectives, we get stale.”

What I did on my summer vacation