What to wear to keep warm in winter

4 tips on how to layer up to keep cold weather at bay. 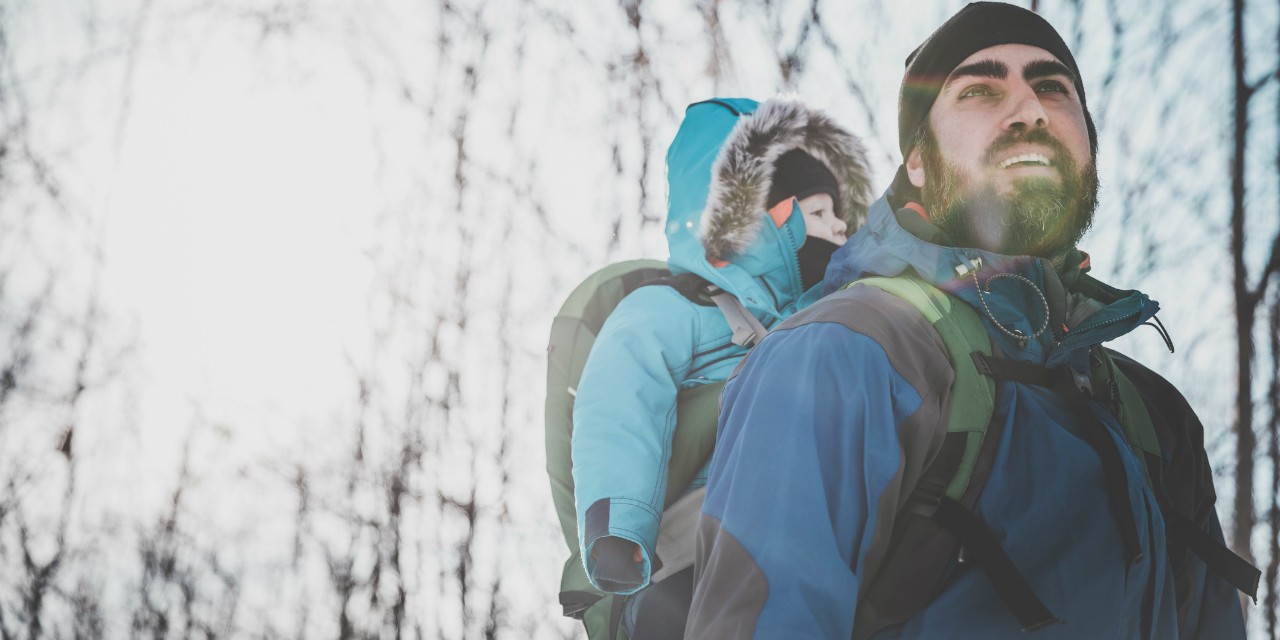 Dressing in layers, staying covered from head to toe and keeping a close eye on young children are important to enjoying outdoor activities during cold weather, say U of A experts. (Photo: Getty Images)

Whether you’re waiting at the bus stop or going for a run, dressing for the conditions and level of outdoor activity is key to staying safe and warm in bitter temperatures, say University of Alberta experts.

It’s a common mistake to underdress in cold weather, which leaves people vulnerable to winter woes like frostbite.

“Fashionable clothing isn’t always suitable for really cold weather,” said U of A textiles scientist Jane Batcheller. “I see people wearing thin leggings, short jackets and nothing on their heads when it’s freezing out. It seems they’d rather look right than be warm.”

Overdressing can be just as risky, particularly when exercising outdoors, said Michael Kennedy, a sport scientist at the U of A.

The excess sweating caused by bundling up too warmly for aerobic exercise like skiing, skating, cycling or running can turn into hypothermia, a potentially deadly condition.

“When you’re that active, the body produces extra heat and when people overdress, the risk is that when they sweat profusely, their clothes become wet and they open the jacket or take off the toque. That response to overheating and sweating increases evaporative and conductive heat loss because because cold air hits the moisture, which cools the skin quickly and excessively,” said Kennedy.

As the body cools, muscles become stiff and unco-ordinated and in extreme cases, it brings on exhaustion, leading to life-threatening situations.

Even breathing in cold air during exercise can pose a risk to people with medical conditions, Kennedy noted.

Outdoor sports like pick-up hockey can also put pressure on those with pre-existing heart conditions.

“People doing intense exercise, in combination with a cooler environment than what they’re used to, have a greater risk of some sort of cardiac episode.”

The same goes for day-to-day activities like shovelling snow, he added.

“The body’s energy expenditure is six times what it would be if you were at rest—so when people shovel snow and they’re not used to anything more intense than walking the dog, it does put them at greater risk, and when it’s cold out, it has a cumulative effect on cardiac risk.”

The good news is, people have a lot of choice in pulling together a winter wardrobe, thanks to a wide selection of natural fibres like wool and synthetic fibres like polyester, which have become more technologically advanced.

“Now it’s more the yarn and fabric construction than the fibre content that’s important in terms of thermal insulation,” Batcheller said. “Very fine fibres twisted into a loose yarn and knit into a bulky fabric can create a lot of insulating air space. But you can also take those same fibres and twist them into a tight yarn and a dense weave, which would make a windproof layer instead.”

Follow these basic guidelines to stay winter-warm and comfy.

How to layer up

“Being comfortable has a lot to do with creating an insulating layer around your body that protects against the cold weather,” Batcheller said.

First up is a base layer, closest to your skin, which doesn’t need to be a thick layer, Batcheller noted. For anyone planning to be outdoors for long stretches of time, that could mean long underwear and a top made of lightweight wool. For outdoor wear that has to move indoors, like from the bus stop to the office, a base layer of long underwear is still handy—just take them off for the day.

The third, outer layer should be a quality coat made of sheepskin, fur, wool, down-filled or fibre-filled with a lightweight, windproof shell to protect against the elements.

“You want something windproof to preserve the under-layers of warmth around your body,” said Batcheller.

For bitter weather, “Down-filled coats are the dream garment,” she added. Make sure the quilted stitch so popular on many types doesn’t go through the outer shell. “Stitching lines that penetrate from the shell to the lining reduce the warmth because they let in wind and reduce the insulation.’

“Stitched jackets reduce the warmth because they let the cold air go through.”

Start up top by covering your head, which can lose heat. Instead of fashion toques with showy pompoms that typically don’t breathe well and are stuffy, go for a close-fitting beanie style, like a thin wool toque that can also fit under a helmet, Kennedy advised. And if your jacket has a hood, pull it up over the toque, for double insulation.

Fingers and toes are usually the first to get cold.

“The rest of the body will take blood away from the hands and feet to get warm, and this can cause frostbite,” Batcheller noted.

Opt for mitts over gloves.

Mitts need to be “like a winter coat, insulated with a windproof exterior,” Batcheller added. For those who prefer gloves, get a high-quality pair with a warm liner.

Protect the face and neck from frigid air using a scarf or a buff—a stretchy tube of lightweight material.

“They allow enough air to flow through so you can cover your mouth and still exercise,” Kennedy said.

To avoid cold feet, pull on a pair of medium-thick wool socks.

“They take up a lot of moisture without feeling wet,” Batcheller said.

Kennedy suggested finishing off with boots rated for at least -20 C that have a thick, soft rubber sole, “like a winter tire, that won’t harden in the cold and lose its grip.”

Winter joggers can now choose from specially made running shoes that have aggressive grips for added safety, he added. Just be sure to buy them a half-size larger to fit thicker wool socks, and don’t wear thin summer socks.

“They don’t have the same insulation value and are made to keep feet cool,” Kennedy explained.

Go slow in the snow

“Be aware of what temperature you’re comfortable at. It’s highly individual, so whatever your threshold is, know that.”

Start slowly and for shorter periods of time.

“It’s more challenging for the body just to keep you going in cold weather, so by going slower, you aren’t overexerting yourself. That also keeps the sweating to a minimum. If you’re used to doing an hour of exercise, shoot for 30 minutes and see how you’re doing. Take the moderate approach and ultimately, it will lead to greater positive cold-weather experiences,” he said.

Pay close attention if infants are coming along for a cold-weather outing.

“Vigilance is the most important thing—checking every 15 minutes to see that they are comfortable and haven’t kicked off a bootie or a mitten,” Kennedy said, adding that they must be cocooned in sleeping bag-type protection.

Batcheller recommends a fleece snuggly with a hood, which can be easily washed, and then a windproof nylon or polyester outer shell.

Older children also need close supervision and should be dressed in lined jeans or corduroy pants, and wool sweaters layered with a cotton turtleneck. People may want to set a limit for the temperatures they’d take baby out into, Kennedy added.

“I’d never take a baby out in anything colder than -15 C, especially in a backpack, carrier or bike chariot. They have very little muscle mass and they’re not moving around, so their cooling curve is quicker than yours,” he explained.

When using such carriers, cover baby with layers of blankets.

What to wear to keep warm in winter