What you can do about a failing grade

Failing an assignment, exam or course is far from being a catastrophe. “It’s just one moment of failure and it’s usually recoverable,” says U of A expert. And the sooner you act on it, the better. 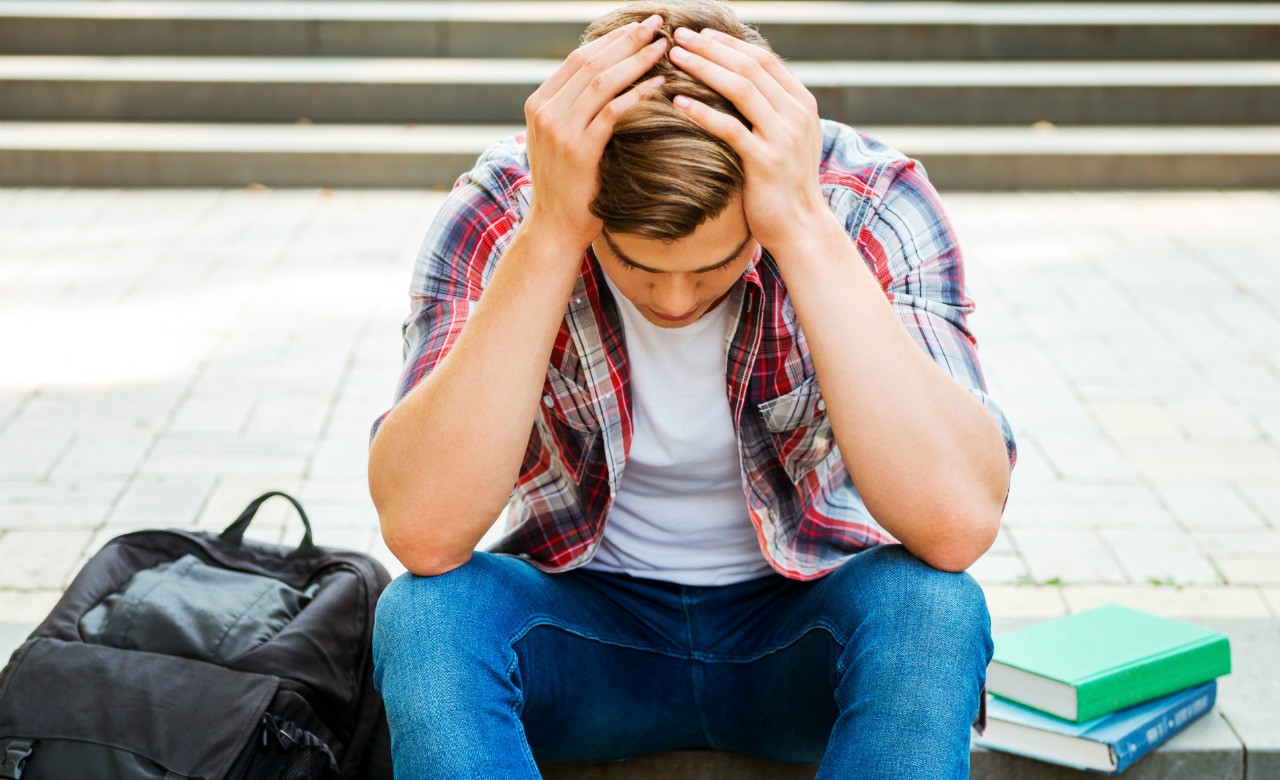 Failing an exam or course can feel overwhelming and isolating, but the sooner you act and get help, the sooner you can make changes to get back on track, say U of A experts. (Photo: Getty Images)

Fear of failing an assignment, a test or even an entire term can feel paralyzing to a university student, but instead of freezing up, University of Alberta experts say they’re better off facing it head on.

As the academic year goes into the home stretch, students with flagging marks face the choice of withdrawing from a course rather than risking an F, or trying to get their grade back on track.

Unfortunately, they often tend to ignore the problem because it seems so overwhelming, said Mebbie Bell, director of the University of Alberta’s Academic Success Centre and an instructor in the Faculty of Arts.

“It’s common for students to be in denial,” she said. “We meet a lot of students who know on some level they aren’t doing well, so they avoid looking at their grade until it’s too late, because of fear. It might be their first experience with academic failure, so they’re shocked and don’t know what to do.”

According to the 2016 National College Health Assessment, 80 per cent of male and 93 per cent of female university students felt overwhelmed by their studies.

“The more overwhelmed they feel, the more that motivation slides and procrastination creeps in,” said Bell.

Instead of burying their worry, it’s better to act on it, she noted.

“The sooner they start asking questions and getting resources, the sooner they can make changes that will get them back on track. A lot of students think they’re alone and it might be overwhelming to talk to someone the first time, but there are people who want to help them figure it out. We want them to get back to a place where they remember why they wanted to come to university.”

Students faced with failing grades get tangled in some common misconceptions, said Bell.

First, they should figure out if they are indeed failing a course.

“Any single academic failure in a grade is just that—it’s one moment of failure and it’s usually recoverable. For instance, if a student gets a 40 per cent grade on a midterm exam worth 25 per cent of their total mark, it’s still mathematically possible to pass the course; you won’t get an A, but it’s still possible to pass. So when we see that on an individual assignment level, we ask students to try to put it into perspective. Often, they’ve catastrophized that bad mark and take the failure to be a failure of everything, because they’re in panic mode.”

Another common mistaken assumption is that if they do fail a course, they won’t graduate.

“They may think that failing a course means they’ll never get a university degree. But it is possible to graduate. A single F doesn’t mean the end of a degree,” said Bell.

Nor will it reflect badly on their academic standing if they do formally withdraw from a course, she said.

“All it means is that it won’t be part of your grade point average (GPA) calculation. It doesn’t mean you failed; it means you made a strategic decision to withdraw.”

If a student is put on academic probation by their faculty—usually spurred by a GPA below 2.0—they can continue classes, usually with conditions like extra tutoring, a lighter course load or brushing up on study skills, Bell noted.

“They are given the opportunity to get back on track.”

And even in the worst case, when a student is required to completely withdraw from classes (generally with a GPA below 1.7), Bell stresses the need for a balanced perspective and a new plan of action.

“It’s a blow, but even then, there are options usually outlined in the letter they’ll receive. We’ve had students take that pause and then come back to get their degrees—and some even decide to go on to honours programs.”

It’s important to understand that failing doesn’t have to end a university career, Bell said. “They are not failures as people. It does not reflect their ability to get a degree.”

Six ways to improve your grades

Students can take action against floundering marks in some basic ways.

Ask for help. It’s a sign of strength, not weakness.

The first step is to seek help. “When we survey students, one of the regrets they have at the end of their degrees is that they didn’t talk to their professors about their struggles or use student services early and often,” Bell said. Students who never struggled academically in high school feel embarrassed to ask for help. “They think it’s a sign of weakness, but I see it as a strength; they’re being mature and responsible.” Universities offer a range of resources to help students succeed, said Bell, who recommends those at the U of A check out the Current Students page.

One of the most important things students can do is talk to their instructors about the expectations for a course or exam, she said. “Most first-year students think they just have to memorize everything, but in university, instructors quickly move to complex conceptual understandings of course materials. So focus on why something matters, relationships between concepts, comparing different ideas talked about in class.”

Give yourself a break: Take some time to recover.

If you do flunk an exam or an assignment, Bell suggests taking a day to recover and then ask the professor about what worked and what didn’t, what could have been done differently and discuss what can be done to improve for next time. “Use that information to come up with a plan for what you’re going to change going forward.”

Reading course materials before class, taking notes during class and reviewing them a day or two after also helps, she added.

Time management is key. A good way to start, Bell suggested, is by building a timetable similar to what students had in high school, that includes study blocks and time for self-care.

Failed already? Read that letter. Make the most of available options.

Students who are required to withdraw receive a letter from their faculty with information about the appeal process, including to whom the appeal must be addressed, the deadline for submitting appeals and contact information for the Office of the Student Ombuds, which can assist students with appeals. It’s vital they read that letter, Bell said. “We meet students who don’t read it and they miss important deadlines. So they’re eliminating their options before even considering them.”

Information is also available on the U of A website for students to learn more about academic appeals.

You ARE smart enough, and you have more options than you think.

Faculties determine the various choices available to students, but those could include taking a year off, or enrolling in a program like the U of A’s Fresh Start, which offers referred students with a GPA of 1.3 to 1.6 resources to help hit the reset button on their study skills and academic standing, so they can reapply to their programs.

Students often feel they’ve failed on a personal level, and that there are no options for them, Bell said. “They believe this happened because they’re not smart enough, and that’s not true. It’s almost always because they haven’t learned how to be university students, how to manage their time, how to deal with stress or how to be strategic learners. There are many options.”

What you can do about a failing grade