Cancer isn’t one disease with one cure, but researchers have made significant progress in understanding and treating it. 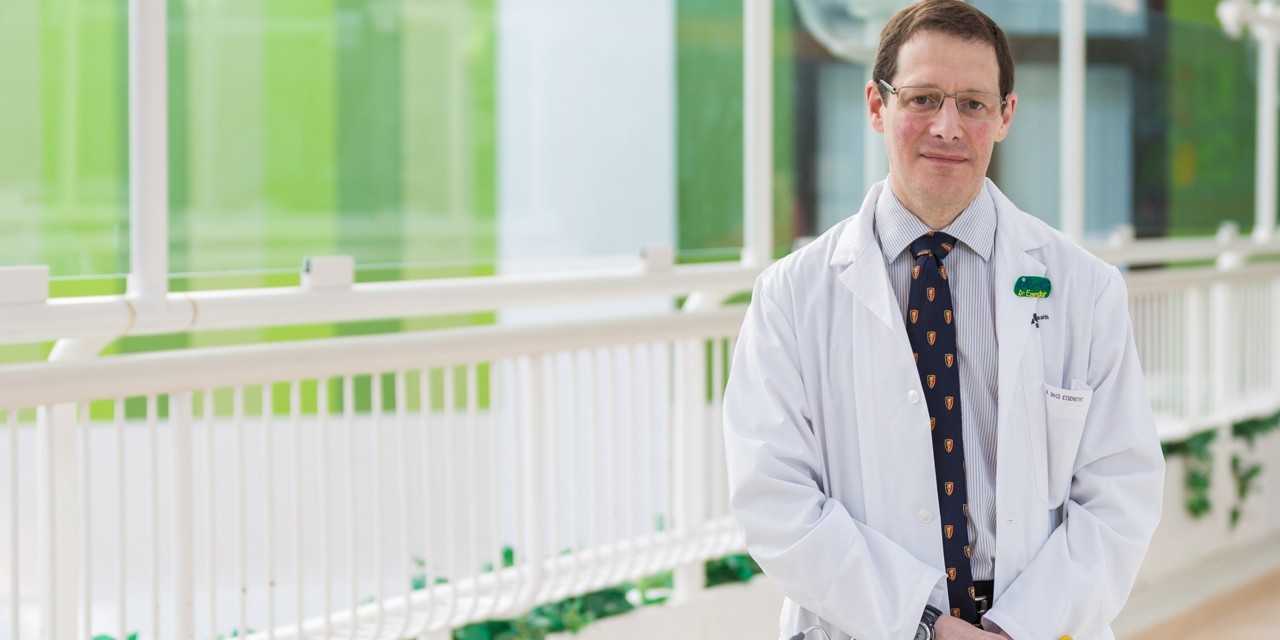 David Eisenstat, professor and chair, Department of Oncology at the U of A, says researchers have made significant progress in reducing harmful side-effects of cancer treatments and tailoring therapies for individual patients. (Photo: Faculty of Medicine & Dentistry)

Nearly half of Canadians will be diagnosed with cancer at some point during their lifetimes, according to the Canadian Cancer Society, and all of us will likely be affected by it. But what do we really know about the disease?

Cancer is not one disease with one solution, said David Eisenstat, department chair and professor in the Division of Experimental Oncology at the University of Alberta. Rather, it is a group of hundreds of diseases that all involve abnormal cell growth.

New research and therapies are being developed all the time, with many of them leading to different treatment options that can target people’s individual cancers and specific symptoms.

In all types of cancer, some of the body’s cells begin to divide without stopping and can often spread into surrounding tissues, said Eisenstat, who is also a member of the Cancer Research Institute of Northern Alberta (CRINA) and holds the Muriel and Ada Hole Kids With Cancer Society Chair in Pediatric Oncology. Cancer can start almost anywhere in the body and in any tissue or cell type.

Normally, apart from the brain, human cells grow and divide to form new cells as the body needs them. When cells grow old or become damaged, they die, and new cells take their place. When cancer develops, this process fails: old or damaged cells survive when they should die, and new cells form when they are not needed. These extra cells can divide without stopping and potentially form tumours.

Cells become cancerous in large part because of mutations in their genes, said Eisenstat. When genes that normally help cells grow become permanently activated, they cause cells to grow out of control. These are known as oncogenes.

There are also genes that slow down cell division, repair DNA mistakes or tell cells when to die. These are known as tumour suppressor genes.When they mutate, cells can also grow out of control.

“Think of the individual cell as a car,” explained Eisenstat. “An oncogene would be like pressing on the accelerator, but there's a brick on it, and you’re approaching the ledge, your car is going to go over. One of the things that can prevent that are your brakes. Those are the tumour suppressors. However, if both copies are inactivated, your brakes won’t work.”

So what causes cancer? It could be a number of things, say experts, including:

“We may not always know what causes the cancer, but in most cases we do understand how to treat it,” Eisenstat said.

Years ago, Eisenstat said, cancer treatments were not very specific. The treatments would attack cancer cells, but also cells that were dividing normally. There were often horrible side-effects, including chemotherapy-induced nausea and vomiting. Since then, cancer drugs have significantly improved, and so have the medications and knowledge for dealing with the side-effects of therapy.

“People need to understand how complicated it is, but not to give up hope because of all the progress, including certain new classes of drugs and treatment approaches that have been made,” said Eisenstat.

As cancer treatments progress, they become not quite so one-size-fits-all, he said. Doctors are now adding targeted therapy to cancer treatments, sometimes referred to as precision or personalized medicine.

“We try to identify the patients who won't respond to more traditional treatment early, and then decide if there’s a specific therapy we can add in for them,” Eisenstat explained. “It’s quite exciting, this era of targeted therapies.”

Immunotherapies are a common targeted therapy doctors are using now. They help to strengthen or restore the immune system’s ability to fight cancer, said Eisenstat. One example of an immunotherapy is checkpoint inhibitors, which work by blocking proteins that stop the immune system from attacking the cancer cells. The use of checkpoint inhibitors has been a “game changer” in the treatment of certain cancers, like melanoma, Eisenstat said.

Still, Eisenstat is hesitant to talk about “curing” cancer, and instead encourages a focus on screening tests to detect certain cancers before a person has any symptoms.

Survival rates vary greatly between types of cancers. For example, the five-year survival rate for thyroid cancer is 98 per cent, compared with 19 per cent for liver cancer, according to a 2019 Government of Canada and Canadian Cancer Society report. However, with screening and early detection, doctors can diagnose and treat cancers at an earlier stage.

This is evident in cervical cancer incidence rates, for example, which have decreased by about three per cent per year in Canada since 2010. This is largely a result of screening with Pap tests, which can find precancerous lesions that can be treated before they turn into invasive cervical cancer.