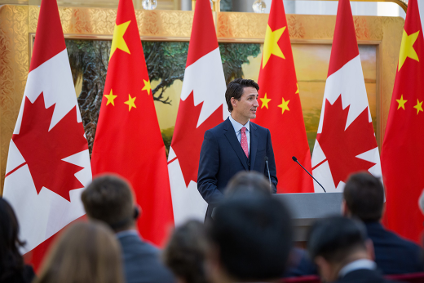 Following conversations with Prime Minister Justin Trudeau last week, China granted a temporary reprieve on the canola restriction, but a long-term agreement still has to be reached.
“

We’ve been very proactive in trying to keep ahead of the blackleg situation and different aspects of the problem. 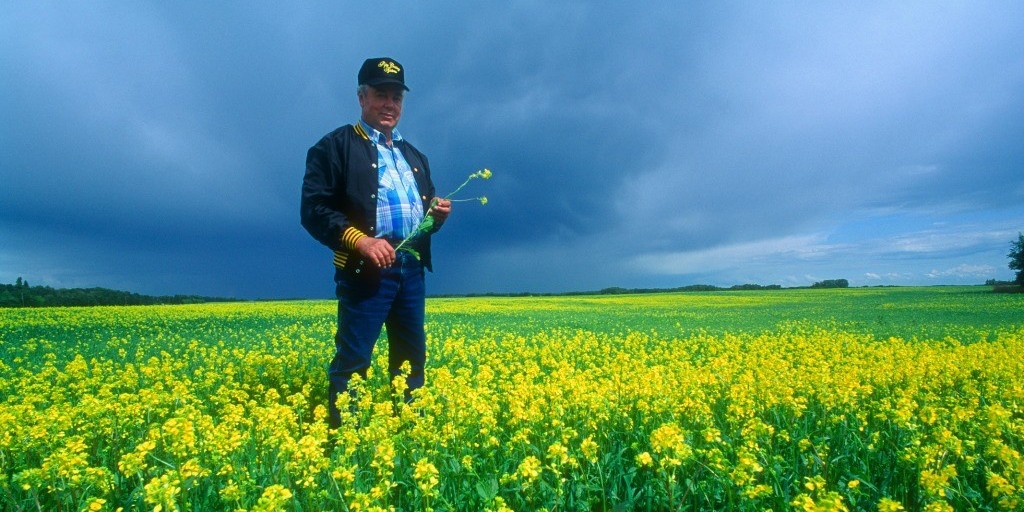 Canola producers in Alberta exported $700 million in seed to China last year, but they may have to seek greener pastures if Canada can't reach a deal to ease import restrictions.

While Prime Minister Justin Trudeau was able to temporarily convince China not to ban imports of Canadian canola last week, University of Alberta experts believe a move towards greater agricultural self-sufficiency—not just concerns about crop disease—may be a factor in the Chinese request to tighten standards to import Canadian canola.

“It’s important to understand the overall direction of China’s domestic policy,” said agricultural economist Ellen Goddard. She said the country may be trying to reduce its reliance on agricultural imports and boost its own production capacity.

She noted that in 2015, China reduced its dairy product imports and turned its eye toward expanding domestic operations, citing the country’s growing dairy industry as an example.

“There’s been more of an interest in importing cows and genetics, and they are building enormous dairy farms—one of which is expected to house 100,000 cows—to increase self-sufficiency.”

Canadian canola farmers could possibly become victims of that domestic expansion strategy, Goddard believes. They were left in limbo when China tightened its requirements to import the crop, demanding that the content of dockage—plant material sometimes mixed in with the seed—be dropped from 2.5 per cent to one per cent. It cited worries about the plant material possibly contaminating their own crops with blackleg, a fungal infection that turns canola stems dark, often causing losses in crop yield and quality.

However, the chances of spreading the disease to China’s crops are slim, said U of A plant pathologist Stephen Strelkov.

“The risk is already pretty small, so the decrease in dockage won’t make much difference. For producers to get from 2.5 to one per cent is difficult, and I am not convinced it would reduce the risk, because the seed from Canada is already high-quality.”

The science of canola seed, supported substantially by pioneering research from the U of A, has produced high-quality hybrids that are genetically resistant to blackleg infection. Farmers also use good management strategies and careful crop practices to manage disease risk, Strelkov noted.

“The canola industry is a very responsible industry that produces a safe product.”

The crop, which produces an oilseed rich in healthy fats, was threatened in the 1970s and 1980s by blackleg. In 1995, U of A researchers developed and released Quantum canola, a resistant plant that has been credited for saving the industry and serving as a genetic model for future varieties.

The U of A continues to research canola disease in collaboration with government agencies, producers and other institutions, Strelkov added. Researchers in the Faculty of Agricultural, Life and Environmental Sciences have most recently been working on modelling to relate infection levels to yield losses, and studying whether any strains of fungus are resistant to pesticides.

In Alberta, producers exported $700 million in canola seed to China in 2015.

Canadian canola was rejected by China in 2009 on the grounds of concerns about the spread of blackleg, but years of research and development alleviated that risk, so the recent restrictions are a new development for Canadian producers, Goddard said.

“What people are concerned about is that we had an agreement with China and this trade barrier seemed to come out of the blue. It could disappear out of the blue, too.” “It depends on what they are trying to do within their own country. It could be a temporary measure to protect their farmers from getting a lower price overall for their own product. That would mean then, that their concerns evaporate over time, if they aren’t expecting a huge crop next year.”

Producers may have to look to greener pastures if a viable deal can’t be reached with China to ease import restrictions, she added. Canada also exports canola to the United States, Japan and Mexico, among other countries.

“But if you remove a source of demand and we are still producing a big crop, then the price is going to go down in the countries we want to export to. They would import it at a lower price.”

Farmers may have to look at other cash crops, such as pulses, if canola can no longer turn a profit, Goddard said. “In the long term, if Canada can’t resolve this issue with China completely, it depends on how much that price (to other countries) changes as to whether producers move into other crops.”

It’s unclear at this point as to what agreement would be acceptable for Canadian farmers if China does harbour continuing concerns about disease, Goddard said.

“Once you start introducing trade barriers on the basis of disease, it’s difficult to say they’ll accept a certain amount of your exports. If you are serious about disease, then you will have one rule for the whole crop.”