What's with all the threats against Rachel Notley? 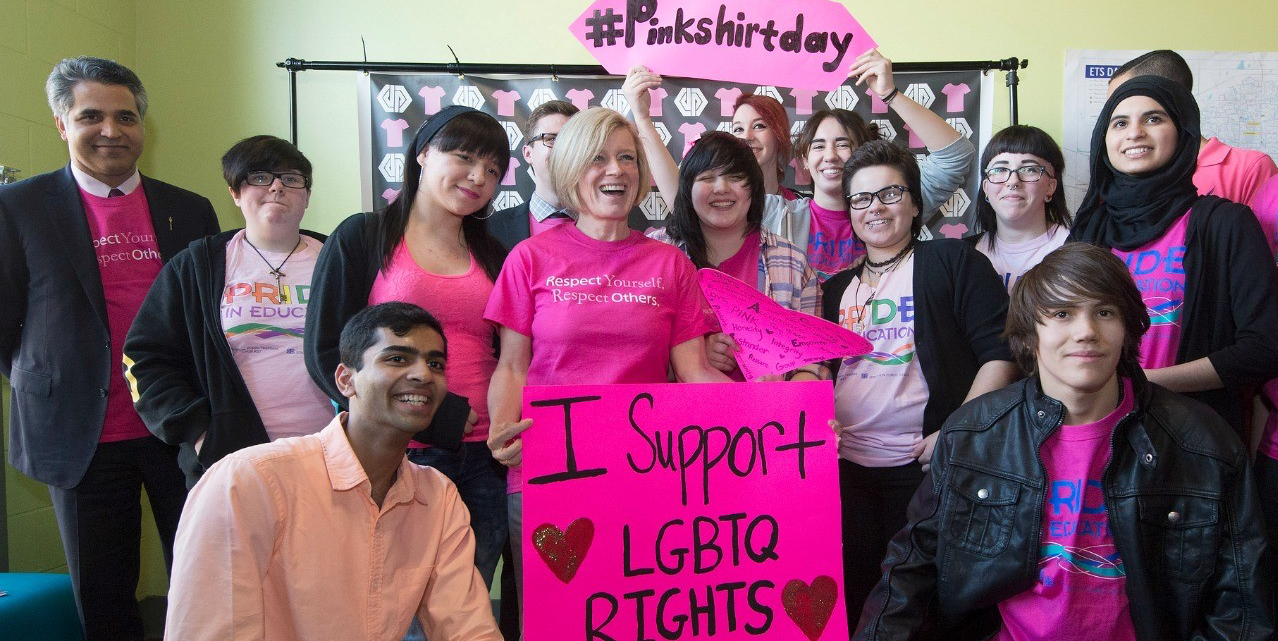 A toxic brew of gender discrimination, political mistrust and social media is likely behind a high number of threats made against Alberta premier Rachel Notley, say University of Alberta experts.

“Gender and political change are both key factors,” said political scientist Linda Trimble. When Notley’s New Democratic Party was elected in 2015, it represented a “dramatic change” to the province’s political landscape.

The contagious effect of social media also heightens the capacity for online hate, said Cristina Stasia, a U of A expert on gender studies.

The uprooting of a 45-year-old Progressive Conservative reign was a shock for some, Trimble noted.

“Some people are unsettled by change, especially when it is promoted by women. We are seeing an expression of discomfort at the thought of women holding power,” said Trimble, a professor of gender politics in the Faculty of Arts. “There’s a deeply rooted assumption that men are assertive and commanding and that they are the rightful decision-makers, and that women are passive, nurturing and family-focused. So people’s ideas about this gender division of skills, attributes and labour are contested when a woman holds power.”

Perhaps surprisingly, Redford, who had a turbulent time in office, garnered fewer threats than Notley, something Trimble attributes more to political ideology than gender.

“Redford (a Progressive Conservative) didn’t represent change to the policy or ideological status quo. The reaction to Notley and her government is a reaction in part to its policy direction, which some people obviously find threatening.”

On top of that, the provincial government and its “feisty premier” aren’t hesitating to put their promised policies into practice with measures like the carbon tax and raises to minimum wage—another potential irritant for critics who disagree with such policies and use methods like social media to voice their displeasure, Trimble added.

What’s most troubling is how that frustration, in its most extreme form, takes physical aim at female politicians like Notley, she noted, citing examples like chants of “Lock her up” used against both Notley and U.S. presidential candidate Hillary Clinton, or a cardboard cutout of Notley used as a target on a golf course.

“Threats are a form of silencing. Women are no longer jailed or physically punished for engaging in public speech, but they continue to be shamed for speaking out. Physically threatening women is a powerful way of containing and condemning their public political speech,” said Trimble.

All hate, no filter

Social media’s “echo chamber” effect likely plays a big part in cultivating online vitriol and the high number of threats against the premier, said Stasia, who includes social media in her teaching.

“You can put something on social media and immediately get positive feedback from your followers with the same views. Because people often create multiple accounts to propagate hateful comments, even the most vitriolic statements seem to have great support, and that emboldens the poster to keep doing it.”

Sending a nasty tweet or posting a threatening comment online is much easier than less modern methods of writing an angry letter to an MLA’s office or making an appointment or a phone call, she said. And the instant nature of social media doesn’t give people the chance to cool down before voicing their views.

“If people were upset, for example, with (former premier) Ralph Klein, how many people took time to write a letter and mail it? It creates a waiting period. If they could have tweeted or posted, the vitriol might have been more obvious.”

However, Stasia added, gender still plays a bigger role in the threats against Notley.

“People did not think Klein’s gender made him incapable of effective governance or that it mitigated his intelligence. The social media attacks on Notley target her gender in the words used, personal attacks on her appearance and the nature of threats (sexual violence),” Stasia said.

“If you had written a letter to a newspaper, there would be an editor who would read that, but social media provides no filter; you can click and report something, but nothing is ever done. The platforms need to take action against hate speech—not heated disagreement, but attacks that target gender, race and sexual orientation—and our laws need to catch up to our advances in technology.”

It’s important that policy is separated from personalities and politicians themselves need to set an example, Trimble said.

“It’s incumbent on political leaders to condemn violence, misogyny and sexism and to say this is not how we engage in debate. We talk about ideas in a civilized and respectful fashion; we don’t target people with hateful or threatening comments.”

As well, we need to think twice about posting when our emotions are running high about an issue, Stasia suggested.

“Drafts are your best friends, whether it’s an email, a text or social media. It’s going out to everyone from your followers, to your employer to your future in-laws. If you won’t say it at the dinner table with your family, to your colleagues or at an event with strangers, don’t tweet it.”

What's with all the threats against Rachel Notley?
Newsroom