Broadus lecturer to explore the simultaneous rise and interconnectedness of the novel and capitalism in ‘The Novelization of Money.’ 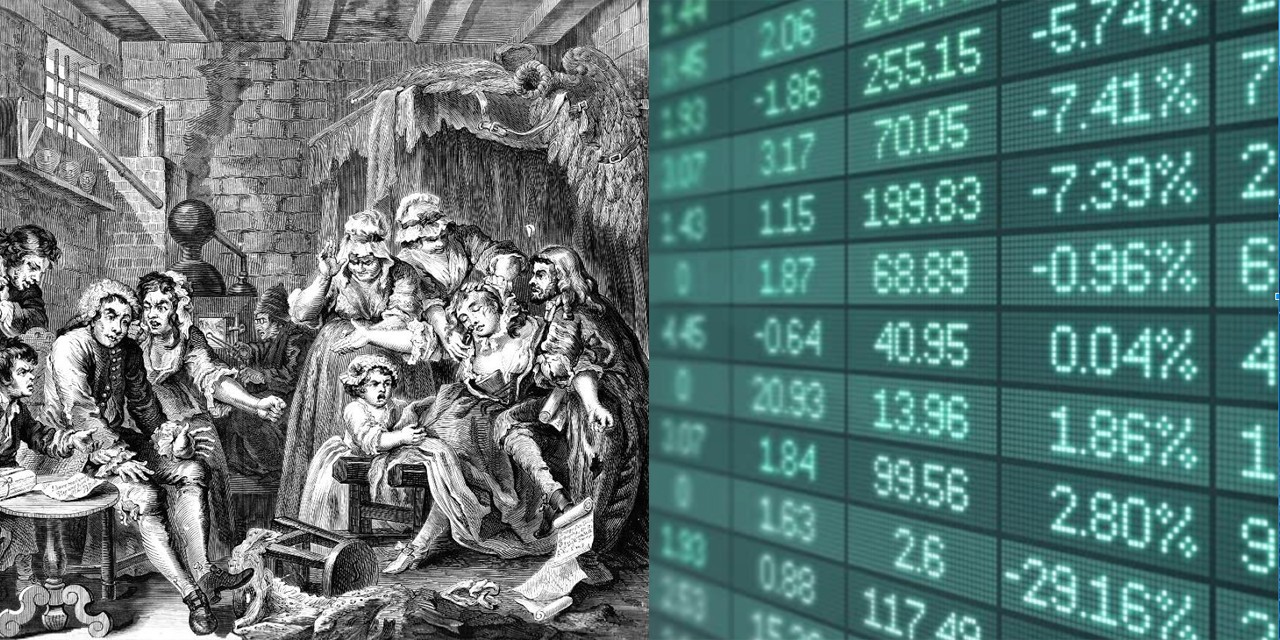 Katherine Binhammer's Broadus Lectures will examine the proliferation of 18th-century novels about losing it all and ending up in “debtors prison” set against the reality of economic prosperity.

Worried about the sorry state of capitalism? Unsure whether unfettered economic growth is sustainable?

If these questions plague your mind, you could do worse than look for answers where contemporary economic anxieties first emerged—the 18th century novel.

According to English professor Katherine Binhammer, because the novel was born at the same time as capitalism, it embodies many of the uncertainties and contradictions inherent in West’s nascent economic system. Look closely and you’ll find narratives of downward mobility similar to those our culture has been producing since the crash of 2008.

“We are now at an historical moment where we're seeing the problem of infinite economic growth and asking ourselves whether it's sustainable,” says Binhammer.

"In the 18th-century novel, that problem was already there. There was absolute anxiety about the speculative economy, and what happens when the bubble bursts. Some of the first stock market crashes happen in the 18th century—the South Sea bubble bursts and people lose a lot of money like they did in 2008.”

Three prominent examples of what Binhammer calls “credit crisis” novels include Oliver Goldsmith’s The Vicar of Wakefield, Daniel Defoe’s Roxana and Frances Burney’s Cecilia. In all three, the horrible fate of ending up in debtors’ prison figures largely.

“The Novelization of Money” is a topic Binhammer will take up in the English Department’s annual showcase lecture series—the Broadus Lectures—over three afternoons this week. Titled the series will explore themes such as the narrative exchange of downward mobility, the character of debt and the plot of capital.

In what is often called the first Canadian novel, for example, Frances Brooke’s The History of Emily Montague, there is a clear downward mobility story. “The central couple doesn't have enough money to marry, eking out life in Canada,” says Binhammer.

“It does have a ‘happily ever after’ ending, when money arrives from India, but embedded in the story are minor narratives of people losing whether through illness, such as when an entire family is kicked out of cottage because of loss of work—lots of that kind of thing.

Binhammer also points to several novels set against economic crisis published since 2008, such as David Eggers' Hologram for the King, John Lancaster's, Capital, even Michael Lewis non-fiction blockbuster, The Big Short, which all examine “what happens when the bubble bursts, when our own greed and avarice gets us into trouble."

But her main interest is in looking for the seeds of our own crisis in stories three centuries old.

"We've forgotten some of the stories that were told then,” she said. “I think it's important to look back and read those alternative moments that did not become the accepted grand narrative of capital.”

Binhammer argues that everything that matters in contemporary life began in the 18th century. Along with capitalism rose the middle class, empiricism and looking to facts and science rather than religion for truth—even the idea of modern love.

At the birth of capitalism, Western society was infused with utopian optimism about what it could bring, the idea of a rising tide lifting all boats and the great myth of upward mobility found in the American Dream.

But because the novel contains multiple voices, sometimes paradoxical and contradictory—narrative theorists call it heteroglossia—you will find stories that resist the dominant ideology, says Binhammer.

"Why in this moment of economic growth is there a proliferation of stories of downward mobility, of people losing everything and ending up in debtors prison? First and foremost it reminds us that literature doesn't just reflect life, it's doing other kinds of work.”

Binhammer argues that any questions we ask about literature of the past are filtered through concerns of the present and that “the 18th century allows for a kind of mirroring of those questions that is really generative and productive."

And our current moment, so fraught with social, political and economic crises, could benefit from a more nuanced understanding of history, especially those alternative stories so easily forgotten or ignored.

"What has happened since November has reminded us of the importance of being able to put complex thoughts together, and how our economic and social worlds are related. We're seeing a dangerous acceleration of income inequality, class warfare and intolerance.

“So I think it is important to return to the moment of the Enlightenment and the birth of tolerance and put those two things back together.”