When Christianity met the Easter Bunny 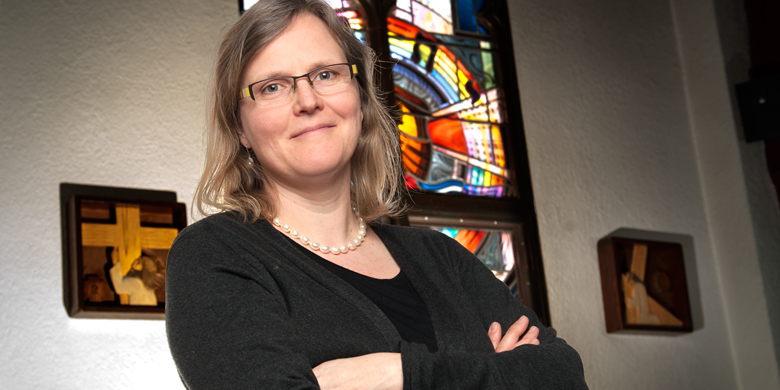 130328-indre-cuplinskas-banner
Indre Cuplinskas, a Catholic Church historian at UAlberta, says there are links between the traditional Christian theme of resurrection and the rise of the Easter Bunny in popular celebrations today. (Photo: Richard Siemens)

(Edmonton) Millions worldwide will celebrate Easter this weekend. For many, the festivities will focus on the death and resurrection of Jesus Christ. But for many others—Christians and non-Christians alike—the celebrations will centre on a bunny bearing coloured eggs and treats in a basket.

It wasn’t like this traditionally, says Andrew Gow, a professor in the Department of History and Classics at the University of Alberta.

“It has become possible for people of secular, Christian and other backgrounds to celebrate Easter without even thinking once about Jesus—which, from the point of view of, say, 250 years ago, would have been laughable. It would probably have been unthinkable for people back then.”

Easter was once the most important feast on the Christian calendar, says Gow. But today, popular celebrations of Easter are divorced from those in the Middle Ages, when the focus was on Christ. Gow says that for secular North Americans, the theme of resurrection has been replaced by a 19th-century invention that partly explains the holiday’s popularity among non-believers.

“Nineteenth-century Americans were not looking for new patron saints the way the medieval Christians were. They were looking for heroes, popular figures and representative figures. Santa Claus and the Easter Bunny played that role for people who were religious and for those who were not. They also played a role in providing rituals, figures and focal points for people who are not religious to celebrate these holidays in a non-religious way.

“You don’t have to believe in God to tell your children that the Easter Bunny is bringing chocolates. It is partly because Easter is so divorced from the traditions of Christianity that it can be filled with any content you like,” says Gow.

The seeds of the divorce may have been sown in the early days of Christianity, as missionaries welcomed the influence of local traditions to win converts.

Indre Cuplinskas, a Catholic Church historian at St. Joseph’s College, says early missionaries saw a need to dialogue with local traditions. “As Christianity spread throughout Europe, Christian missionaries encountered festivals that were celebrated around spring, for example, and in order to communicate with people, missionaries tried to find common ground,” she says. “So they would say, well, you can’t pray to that oak tree anymore, but if you want to bring your eggs to the church to be blessed, that’s fine.”

But for a church that is losing believers in an increasingly secularized world, could the Easter Bunny be contributing to empty pews?

“The ubiquity of the Easter Bunny isn’t pushing secularization forward, it’s a product of it,” says Cuplinskas. “First people disengage from Christianity, and then they think, I’ve got Easter long weekend, I’m not going to church anymore but we’ll have an egg hunt because I want my kids to have fun. What happens with secularization is that the core beliefs of a holiday start to disintegrate.”

She says the Easter Bunny, which is in the realm of a fairy tale, provides easy access into Easter, whereas the story of Christ is more complicated.

“Christianity is challenging. The Easter story involves betrayal, execution by crucifixion, and eventual resurrection. I know some people will say they don’t want to expose their child to the image of a bloody Jesus, for example,” she says. “The Easter Bunny and eggs will not scare people away. And if a person doesn’t believe in Jesus, why would they involve themselves in a challenging story?

“Engaging with that story means you have to engage with Christianity and with a community of people who believe it to be true—the story cannot be easily relegated to a fairy tale. It raises questions about human existence, the problem of suffering, the place of love in human life. It’s a more difficult story to play around with and commercialize.”

Nevertheless, say the U of A historians, Jesus and the Easter Bunny have enough in common to make the holiday accessible for people around the world regardless of their beliefs. As Gow puts it, “The Easter Bunny was introduced to Christianity quite late, but has actually survived traditional Christianity.”

“In nature you have death and new life, the death of winter and the spring that’s coming. So the two things come together nicely,” Cuplinskas says. “The bunny is a symbol of fertility. And the Easter eggs represent fertility and new life. There are links you can make with Jesus coming out of his tomb.”

When Christianity met the Easter Bunny