When should the doctor call in sick? 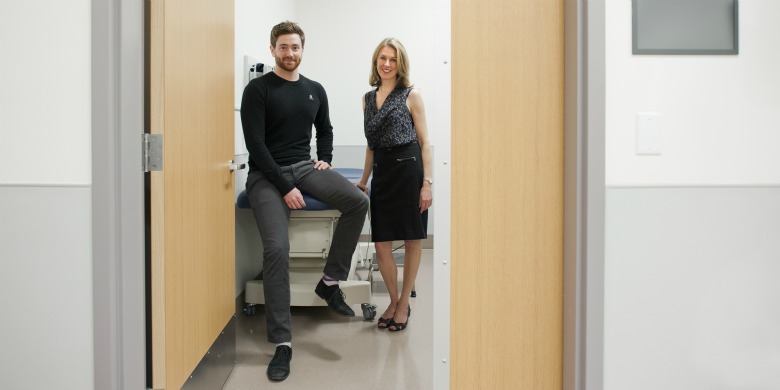 (Edmonton) When should your doctor phone in sick? The question may seem unusual, but it’s an issue that University of Alberta researchers say needs greater regulation to ensure patient safety and provide better protection for physicians as patients.

Tracey Bailey and Cameron Jefferies of the U of A’s Health Law Institute are co-authors of a report noting that many medical regulatory bodies across Canada lack standards of practice for self-reporting of medical issues that may affect physicians and their practice, or for reporting of such individuals by their own treating physicians or by colleagues. Noting that doctors who ignore their own medical issues risk inadvertently breaching a medical ethic that says “first do no harm,” the report contains a model for implementation that, if adopted, will address the question of patient safety and alleviate concerns doctors may have about getting treatment—measures the researchers believe will help build public trust in the profession and in physicians in general, and help physicians seek out services that will be of assistance to them.

“We’ve made a number of recommendations, but we’ve also said you can’t pick and choose,” said Bailey, director of the institute. “If you adopt this package, it will offer better protection for physician-patients and hopefully will encourage physicians to utilize services and reduce the barriers that they face in doing so, as well as ensure greater protection of the public.”

Bailey says that many models for self-reporting, or for the reporting of colleagues, are relatively non-existent or appear to be driven by incidents. She says a lack of guidance and over-focused attention on issues such as addictions or psychiatric conditions do little to protect doctors and the patients in their care. Yet, any information that the licensing body gathers must ensure protection of the doctor’s human rights and the duty of confidentiality owed to them as patients. She says that regulatory bodies, as institutions mandated to protect the public, need to implement standardized, mandatory self-reporting of medical conditions that may negatively affect their practice. Noting that Alberta has done much to address many of these issues and is ahead of many other jurisdictions in this area, she says there is some work needed to fine-tune the framework in this province to better address the shared goals of the public and others.

“Physicians not only need guidance (in terms of reporting), but there should also be a duty to do that in certain instances given the legal, ethical and professional duties that they owe to their patients and others,” Bailey said. “We’ve looked at regulatory frameworks across Canada and the globe, and we’ve discussed licensure questions and reporting thresholds. In other words, when should a physician have to pick up the phone, so to speak, to his or her college and say, I’m reporting myself, my colleague, a physician-patient, et cetera.”

Bailey says the potential for doctors with health concerns to do harm to their patients is great. Yet, she says the definition of medical practitioner extends beyond the clinician to researchers, educators and administrators. From misreading reports to making decisions that translate into poor policies or bad practices in a hospital setting, the risks are not contained to direct negative effects on patient care. Physicians in other roles can have a harmful impact in other direct or indirect ways, such as on participants in research trials, or on the development of key policies and procedures. In addition to affecting the delivery of services, another unintended but negative consequence may be on public confidence in the profession or health-care system. A doctor holds great power, Bailey says, but with that power comes duties and responsibilities to ensure the health of the public is not compromised because of neglected health issues that may negatively affect their ability to meet those responsibilities.

“It’s a safety-sensitive profession. You’ve got huge power, and the ability to help people and heal people in many instances,” she said. “You’re also in a position to do great harm.”

Education and change of perspective: The physician’s Rx

There is a certain measure of vulnerability that doctors feel as physician-patients, says Bailey. They may be reluctant to seek help if there are stigmas attached to seeking certain services. Some may be unwilling and resistant to yield their position of healer or helper to one of patient. She says there is also a misguided belief that the regulatory body will necessarily censure or penalize them for self-reporting a medical issue. These are just some of the barriers that physicians face. Yet, she says, sanctioning is not the goal of the college. She says the key is education, not only about resources available through physician-health programs and elsewhere, but also about the process of self-reporting.

“We’re limiting it to what is reasonable—reasonable steps that must be taken in certain situations to prevent harm.”

When should the doctor call in sick?
Newsroom