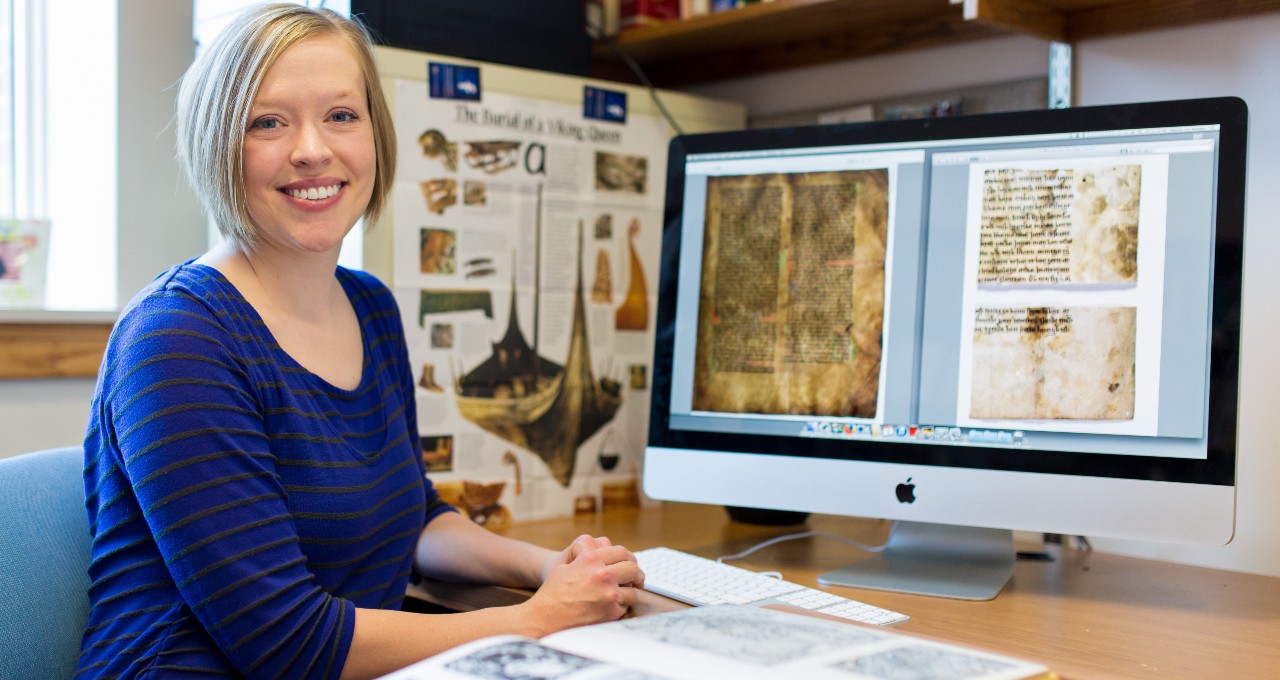 There is an urgent and pressing need for everyone to understand the Vikings, argues Scandinavian studies scholar Natalie Van Deusen.

That’s because all manner of Viking symbols and misconceptions about a golden age of Nordic racial purity have been appropriated by racist extremists looking to justify their xenophobia and acts of violence, according to the University of Alberta researcher.

Van Deusen said the age of racial purity never existed and she is determined to debunk the corrosive myth at every turn, especially in the classroom.

Viking symbols are everywhere among the ultra-right. When the Unite the Right rally took place in Charlottesville in 2017, some protesters carried banners featuring the Norse god Thor’s hammer, popular among the Nazis and neo-Nazi groups.

The perpetrator of New Zealand’s Christchurch massacre last year wrote, “See you in Valhalla”—referring to the great hall where heroes of Norse mythology go after they die—at the end of his manifesto.

Closer to home, the Soldiers of Odin—a Finnish white supremacist movement named after another Norse god in 2015—have recently emerged in Alberta and throughout Canada.

“The precedent was set with the Nazis,” said Van Deusen. “National Socialism and Hitler idealized the Norse people—those who lived in the Nordic areas. Even the swastika is based in part on a symbol based on Viking artifacts.”

A popular text among the Nazis was Germania by the Roman historian Tacitus, who describes Germanic people as a pure, uncorrupted race.

“It laid the groundwork for the Nazis to hearken back to,” said Van Deusen.

Many current white supremacist movements are similarly “motivated by their belief in a white medieval past and a pure ancestral race they perceive as under threat in the face of immigration and religious and racial diversity,” wrote Van Deusen in an article for the Canadian Historical Association.

“The Viking age and Norse mythology are of particular interest in these groups, who have committed acts of violence against perceived outsiders, such as Jews, Muslims and people of colour.”

However, she’s quick to point out that not every neo-pagan group that adopts Nordic mythology is racist.

“There are also neo-pagans who are inclusive and don't see it as a sort of an ethnic religion that you can only participate in if you are of Germanic descent.”

In her popular courses on the religion and culture of the Viking age and Nordic Middle Ages, Van Deusen is careful to highlight the flourishing ethnic and cultural exchange among Nordic people of the time—mainly the late eighth to early 11th centuries—including their relationships with the Sámi, indigenous peoples of northern Scandinavia.

“I strive to teach in a way that doesn’t solely focus on Norse-speaking peoples, who were by no means the only ones to occupy the Nordic region during this period, nor were they without influence from surrounding cultures,” she said.

The most compelling evidence refuting racial purity is DNA analysis of skeletal remains from the Viking age, which reveals a high degree of ethnic exchange.

“The extent to which people married, and also took slaves or concubines from different places they went, indicates it wasn't a pure Germanic monoculture,” said Van Deusen.

The Vikings travelled to what is now Newfoundland, she said, trading with people who were “probably the ancestors of the Inuit.” They also travelled to Islamic Spain and to Baghdad and Constantinople.

“It's been a really cool way of showing perceptions of the Vikings from the Middle East and what those encounters were like.”

She also points to an influential article by University of Liverpool scholar Clare Downham, who shows how the mobility of Vikings around the world, with trade routes extending from Canada to Afghanistan, led to a fusion of cultures.

“A striking feature of the early Vikings’ success was their ability to embrace and adapt from a wide range of cultures, whether that be the Christian Irish in the West or the Muslims of the Abbasid Caliphate in the East,” writes Downham.

Van Deusen said she’s grateful that most of the students who take her classes do so out of genuine interest, not because they’re looking to shore up some racist ideology. Some of her American colleagues haven’t been so lucky, especially in places where racism is more overt.

“Some professors have students tattooed with really problematic symbols carrying connotations of white supremacy, looking for confirmation of misconceptions they already have,” she said.

“I think it's a really important thing to do to be talking about this stuff—and actively show that ideologies promoted by these movements are not consistent with what we have as historical evidence.”