Who buys the wine? Research reveals how consumers make choices for groups

People who see themselves as independent tend to go with their own preference when choosing for a large group—even if it costs more. 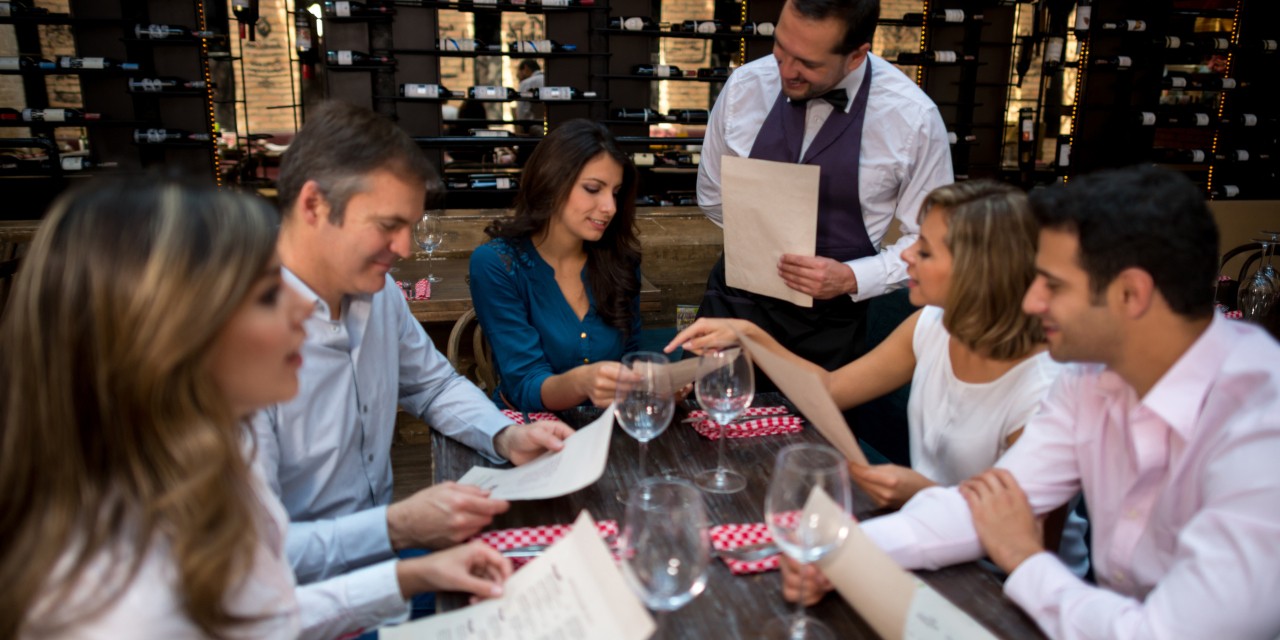 When tasked with making choices for a big group, like selecting wine for the table, independent people typically make choices that more strongly reflect their own preferences, according to a new University of Alberta study examining how consumers make unilateral decisions for themselves and others.

“The challenge of this group decision process is that you know what you like, and you probably want to get what you like—but you're also aware of the preferences of others, and they're going to know what you choose,” said marketing researcher Sarah Moore.

“It turns out what matters for these types of decisions is what's called self-construal—whether or not you see yourself as being independent from, or interdependent with, other people.”

Study participants completed a task that prompted them to adopt either an independent or an interdependent self-construal.

They were then asked to imagine they were choosing wine for a group of friends at dinner, knowing only that wine preference for the party was split evenly between white and red. Participants were given a budget and asked to choose one bottle of white wine and one bottle of red wine for everybody to share.

What Moore and her colleagues found was that independents choosing for a larger group of between six and nine people spent more on the wine they preferred. In other words, if they preferred red wine, they chose more expensive red—about 30 per cent more in one study—than white wine. In contrast, interdependent consumers consistently spent equal amounts on red and white wines, regardless of group size.

“We find that this effect occurs because independents pay less attention to others as group size increases. Their attention may decrease because they give up—perhaps it’s too difficult for them to attend to everyone and balance everybody’s preferences as the group gets larger. But it’s also possible that this is strategic behaviour,” she said. “They purposely pay less attention to others because they understand that the more people there are, the easier it is to hide that they’re satisfying their own preferences.”

The strategic rationale was observed in an alternate version of the wine study in which participants were asked to choose for a group of wine experts. While independents acted in their own self-interest in larger groups of novices, they “behaved” and balanced their choices when they were choosing for sommeliers.

“In an interesting twist, when choosing for groups, it is the independents who are sensitive to the individual makeup of the group, rather than interdependents, as prior literature would suggest,” she said.

Moore noted that the choices of independents weren't extreme, even in larger groups, as they were still aware they were in a group situation, where people were going to know what they chose, and where they had relationships to preserve.

“In larger groups, independents tend just to hedge a little bit, and nudge the choice toward satisfying their own preferences,” she said.

The wine study results were also observed in similar studies involving selection of books for a book club and movies for a movie night.

Moore noted there is research suggesting that people who are independent look at choice as an important vehicle for self-expression.

“Independent people are really about telling the world who they are,” she said. “Choice and choosing is one way that we consumers do that.”

However, that self-expression has the chance to negatively affect a diner’s experience if, for instance, a poor wine choice is being made by an independent personality. Moore added that having more of this information could help marketers manage behaviour and make the experience more positive for the whole group.

“If a waiter notices that a terrible white wine is being selected, maybe they can step in with a prompt for the decision-maker to think about other people they’re with, to draw their attention back to the people around them,” she said.

For diners hoping their preferences will be considered, Moore offers up some advice.

“Go to dinner with a smaller group or with interdependents, and make sure the decision-maker has the time and space to pay attention to others in the group.”

Who buys the wine? Research reveals how consumers make choices for groups