Who will win the 2016 U.S. presidential election? 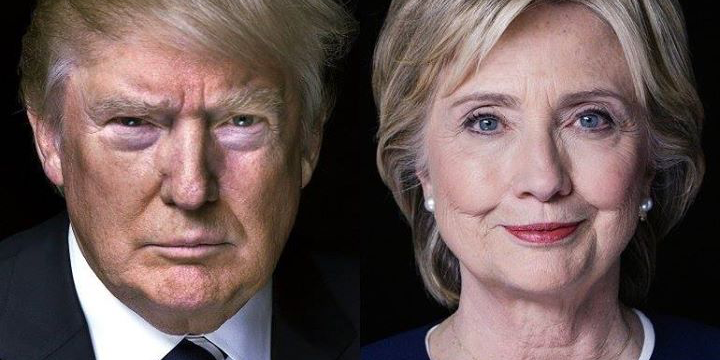 As one of the maddest-ever dashes for the U.S. presidential finish line enters the final weekend, is it still anybody's race? U of A political science professor W. Andy Knight doesn't think so. (Photo: flickr, CC BY-SA 3.0)

The 2016 U.S. presidential election campaign has been one of the craziest in the history of the United States. On the face of it, Hillary Clinton is by far the most qualified individual ever to run for the U.S. presidency. Head to head with Donald Trump, Clinton won all three presidential debates. The polls have been trending upwards for Clinton ever since that uncensored lewd video of Trump surfaced, bragging about trying to have sex with a married woman and being able to grope women’s private parts. It is obvious now that Trump is totally unqualified to be president of the world’s greatest country.

But in an era of Brexit, when pre-referendum polls had indicated that Britain would remain in the European Union, one has to be less sanguine about polls these days. A surprise can occur in October to change the trajectory of the polls. In fact, American voters witnessed such a surprise last Friday when the FBI director, James Comey, sent a letter to Congress indicating that a new batch of emails, possibly related to an earlier case of Clinton’s mishandling of classified information, was found on an electronic device co-owned by Clinton aide Huma Abedin and her now estranged husband, Anthony Weiner.

This new revelation could be much ado about nothing. But it has certainly thrown a wrench into the Clinton campaign juggernaut. Instead of breezing into the final 10 days of the campaign with a double-digit lead, the Clinton team is now doing damage control. In large part, Comey could be accused of interfering in this very crucial election by throwing fuel on an already combustible situation. Trump has naturally seized upon this opportunity to brand this new development as further evidence that Clinton is corrupt. Yet, no one knows for sure what the FBI agents have uncovered from the Abedin/Weiner device.

By inserting himself into the closing stages of the campaign, Comey is being accused of ignoring the long-standing tradition that the country’s highest law enforcement body should refrain from doing anything that could affect the outcome of elections. This action may not have a major impact on the already committed voters for either Trump or Clinton, but it could certainly depress turnout of Clinton voters and cause independent voters to turn to Green Party candidate, Jill Stein, or to the Libertarian candidate, Gary Johnson.

My prediction is that the new email revelations will do little to move the needle of voter preferences and may have very little impact on the final outcome of the race. Why? For one thing, the so-called “email baggage” has already been saddling Clinton for over a year. Its fallout has already been registered in the minds of the voters. In other words, if you were going to vote for Clinton after listening to her scathing rebuke of the FBI director back in June this year, chances are that you will still vote for Clinton now.

Second, Trump has not all of a sudden become an ideal candidate for the presidency. He is still the bigoted, racist, lewd, temperamental bombast that he was throughout the campaign. A leopard can’t change its spots. I don’t have to repeat all the ways in which Trump has alienated minorities, women, the disabled, Mexicans, Jews and even members of his own Republican Party. At a recent rally, Trump asked his security detail to remove a black man from the audience. That man turned out to be one of Trump’s ardent supporters. This is not the way to win friends and influence minorities.

Julian Assange, the Wikileaks founder who tried to aid the Trump campaign by hacking the phones and computers of Democratic Party operatives, apparently with the help of the Russians, is now predicting that Trump will lose this election. Voters will remember when they get into the polling booths that Trump praised a sworn enemy of the U.S., Vladimir Putin, and argued that he was a better leader than President Obama.

Third, President Obama, who will be even more active on the campaign trail for Clinton in the final stretch, has approval ratings that are higher than Ronald Reagan’s. Indeed, all of the Clinton/Kaine surrogates (Michelle Obama, Joe Biden, Bernie Sanders, Elizabeth Warren, etc) trump Trump’s surrogates any day. In addition, the Clinton team has a bevy of stars who will be on the hustings for Clinton. Just watch over the last days of the campaign how celebrities like Elizabeth Banks, Lady Gaga, Amy Schumer, George Clooney, Katy Perry, Sigourney Weaver, Star Jones, Meryl Streep, Demi Lovato, Sarah Silverman, Lena Dunham, Kerry Washington, Ja Rule, Robert De Niro, Eva Longoria, Selma Hayek, Ellen DeGeneres, Justin Timberlake and others pull out all the stops for the potential first woman to hold the office of president of the United States.

In chatting with my family members and Caribbean-American friends who live in the U.S., my sense is that Clinton will overcome the October surprise and march on to victory in the 2016 U.S. presidential elections. Millions of voters have already cast their ballots in critical battleground states. Two million voters have already voted in Florida, for instance. In each of those states, Clinton has the advantage in the early voting. Much of the early voting turnout was minorities, young university and college students, and women. The majority of these individuals have likely cast their votes for Clinton. Couple this with the dynamic Democratic Party “turn out the vote” machinery, Trump will have an uphill climb if he is to come close to the 270 electoral college votes needed to win the presidency.

(W. Andy Knight is Professor of International Relations at the University of Alberta.)

Who will win the 2016 U.S. presidential election?