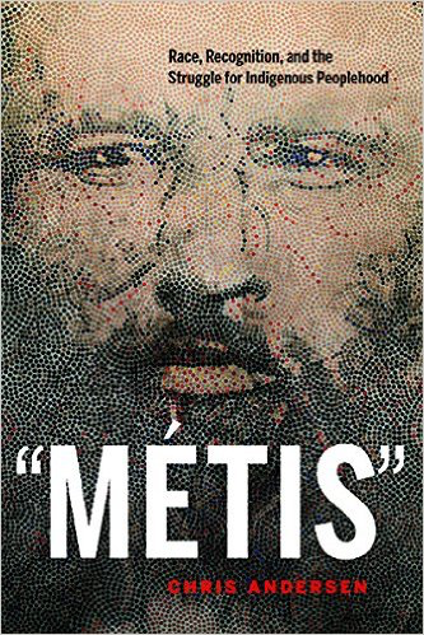 Native studies professor traces an Indigenous identity outside the confines of mixed race.

When Chris Andersen talks about being Métis, he’s referring to a very specific heritage.

“I’m talking about the buffalo-hunting people situated on the northern plains,” says Andersen, interim dean of the University of Alberta's Faculty of Native Studies. “I’m talking about people that sprung up at the very end of the 18th century into the 19th century who were involved in the Battle of Seven Oaks in 1816 and had this core political, economic and social set of dynamics from the early 19th century onward, centred but not solely in what is now Winnipeg, Manitoba.”

That’s a much narrower definition than most Canadians are used to hearing, but one that Andersen says is essential to understanding the Métis as an Indigenous people, rather than as a racialized group whose membership is defined only by biological heritage. At the core of Métis identity, he says, is the relationship of Métis people to place as an Indigenous people. During the fur trade era, he explains, Métis communities formed around major centres in what would become Winnipeg as well as Fort Edmonton and Pembina.

The beating heart of Western Canada

Anderson explains that the movement of Métis people among these centres was a major factor in shaping Métis culture. “Métis circulate in all kinds of different ways—culturally, socially, politically, economically—between those different locales, those different heartbeats.”

Those circulating Métis people also held strong relationships with the people who became known as First Nations through kinship ties to local families, something that can still be traced today in communities in what became Western Canada, where both First Nations and Métis people can trace back to the same group of originating families. Those relationships to other Indigenous people are part of what defines the Métis as one of a group of distinct, post-contact Indigenous people (along with groups such as Saulteaux, Seminole, Cherokee and Lumbee) rather than being simply a name for any people of mixed First Nations and European ancestry.

“It’s a political, peoplehood-based understanding of Indigeneity. If you think of a people as a group or a collective that has the ability to enter into formal diplomatic relationships with other people, then the fact that someone can trace their ancestry back to a particular community from 200 years ago has relatively little meaning or value on its own. I want to understand how those people 200 years ago situated themselves in the context of their kinship relationships and how that goes forward now, 200 years later.”

This understanding of what it means to be Métis is contentious, particularly in Canada, where multiculturalism and self-identification are supported by the Canadian state in official processes such as the census as well as in legislation. Historically, Métis was used by the state to define a category of mixed Indigenous and non-Indigenous heritage and was a label imposed on communities that often did not use that language to describe themselves.

Some descendents of those communities have begun to claim that name for themselves—a practice that Andersen says not only makes inappropriate claims to Métis identity, but also disrespects the identity of those ancestors.

Not your ancestors’ Métis identity

Instead of making claims to Métis identity, Anderson says, it’s important for people to undertake the work of learning who those ancestors were and finding what family and community may remain.

“For people who, because of hard decisions that their parents, grandparents, great-grandparents have made—what they have to do is the hard work of connecting to a contemporary, living, breathing community. And that’s not always easy.”

“If you think about the Métis as mixed, you’re also going to think about First Nations in a racialized way as well, rather than understanding that connection to place.” —Chris Andersen

This conversation has become particularly relevant at a time when Métis peoplehood has been a major issue before the courts and in conversations about the Canadian government’s relationship to Indigenous people, says Andersen.

“The Canadian state today is an inheritor of 200 years of colonialism as well, and so when you get the Liberal party now coming and talking about the Métis nation, I’m not entirely sure they know what they’re talking about when they use the term. I hope they’re using it similarly to the way that I’m using it and the Métis National Council uses it.”

Since the Powley case was decided in 2003, Métis people have had recognition as Indigenous people under section 35(1) of the Constitution Act, resulting in the creation of the Powley test, which has had a major influence on the legal understanding of Métis identity. Andersen lists several other landmark cases, including the Cunningham decision, which said that a person living on a Métis settlement could not claim to be both a Métis settlement member and status Indian, and the Manitoba Métis Federation case, which asked whether the Canadian state acted honourably in 1870 in how it acted on the 1.4 million acres that Métis were promised under the Manitoba Act.

Andersen says this recent litigation “has affected not only the way that Métis perceive themselves in the context of the courts, but also the way Canadian society more generally is starting to think about Métis identity.”

In this context, he notes, the question of who is Métis matters more than ever.

“What the book is about is asking us to think about what happens when we get outside of race, or when we try and get outside of race, for understanding Indigeneity. One of the points I make at the beginning is that, even though the book is talking about Métis and the relationship between race and Métis, the book isn’t just about Métis; it’s about the fact that all Indigeneity suffers the indignities of racial inflections and designations.”

Andersen says the idea at the heart of his work is that the colonialism of the Canadian state, and more specifically race, powerfully shapes our ability to think and talk about what Indigeneity is.