Putting off retirement could make sense for both employees and employers, says U of A gerontology researcher. 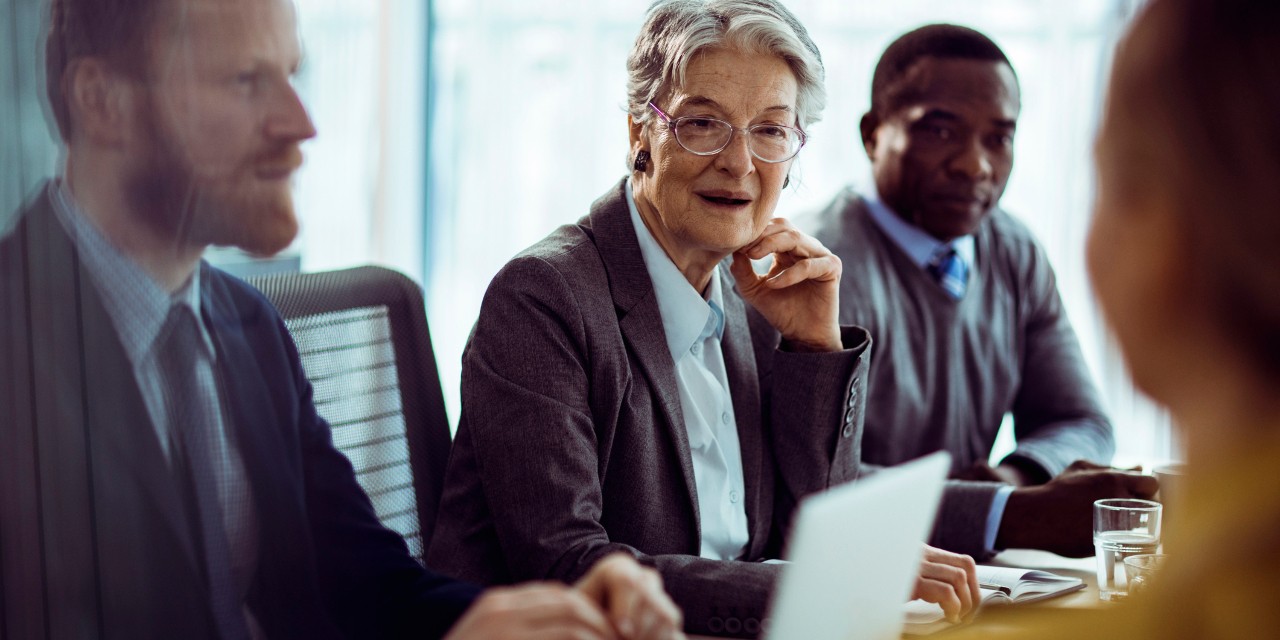 More Canadians are choosing to put off retirement—a trend employers and governments should be encouraging to help avoid looming skilled labour shortages, according to a U of A gerontology researcher. (Photo: Getty Images)

Organizations in Canada will be faced with shortages of skilled workers if they don’t find ways to keep retiring ones working longer, according to a University of Alberta gerontology researcher who added that early retirement isn’t necessarily the pathway to happiness people think it is.

“Most people are at the top of their game when they retire,” said nursing professor Donna Wilson. “They've learned how to do their job well, they still have lots of health, and they’re needed.

“Many countries have raised their retirement age to 67, 68, and some are talking about 70 because they're really worried about workforce shortages.”

She said cultural norms here dictate that people seek early retirement as it is thought that the years to come will be “wonderful.”

“Increasingly, however, we're finding out that, financially, they don't have enough money to retire,” she said. “Retirement can also be isolating and lonely, and can lead to a loss of purpose and identity.”

Health (good and also poor), having enough finances to retire, and social norms dictating when you retire were identified as major factors behind the decision to retire, but Wilson said ageism also plays a role.

“The idea that all older people are sick and often miss work, or can't physically do the job, is a fallacy,” she said.

Part of the perpetuation of ageism, according to Wilson, stems from policies that aren’t keeping up with a shifting demographic. In 1965, when it was determined that 65 was the age when people could begin taking their Canada Pension Plan and Old Age Security, the average life expectancy for a Canadian was less than 72. Today it is more than 82.

“Very few people actually lived to enjoy five or 10 years of retirement (in the ’60s),” she said. “Today, even if people retire at 65, they are likely to have 20 or more good years left.”

The former federal government had scheduled a jump up of the age of retirement to 67 before the current one walked it back to 65 in 2016. However, Wilson said that point is quickly becoming irrelevant as Stats Canada is reporting that the average age of retirement has gone up a full year every year for the last five years. It now stands at 64.

“We're in a massive societal shift, where people are choosing to work longer and needing to work longer, and it’s largely been ignored by all the Canadian governments and industry as well,” she said.

Wilson warns that Canada is ignoring this shift at its peril.

She said countries across Europe are experiencing fairly substantial labour shortages, exacerbated by increased rates of students staying in school well into their 20s and a world that is getting smaller.

“If you can't get a full-time job with good benefits in your country, you can go to England, France, the U.S. or another country,” she said. “This means the brightest and the best can get recruited away.”

“We have great success in attracting young professionals to Canada, ones that we don’t have to put through university,” she said. “What we save in education costs by attracting fully trained workers from abroad is quite phenomenal.”

Not only does that contribute to systemic ageism in the country, but Wilson said the coming labour shortage is only promising to get worse as the baby boomer generation started hitting age 65 in 2011.

“That's a 20-year cohort, which means half of all current workers could be retired in 10 years when that baby boomer generation is all aged 65-plus,” she said. “In my case, there's a concern that 50 per cent of nurses will be retiring over the next 10 years.”

In her study, Wilson concluded that until more evidence is available, every organization in Canada should perform an early retirement risk assessment and identify current versus needed policies and programs to encourage and enable more middle-aged and older people to work longer.

The U.S., which is already in the midst of a skilled labour shortage, is using an interesting approach. There, Wilson said, businesses can apply to be designated as age-friendly, which are organizations looking to attract and keep older workers.

“They feel if they lose this wonderful resource, they may have to hire somebody new, spend a year or two getting them to be really comfortable and productive in their jobs, and then they move on, as young people often do,” she noted. “Whereas, if they can keep someone who's already worked for the company for 10, 20, 30 years, they are delighted.

“That is something else to think about here in Canada.”