If consumer culture is putting disappointment under the tree, try these tips to help your kids feel the true spirit of the season. 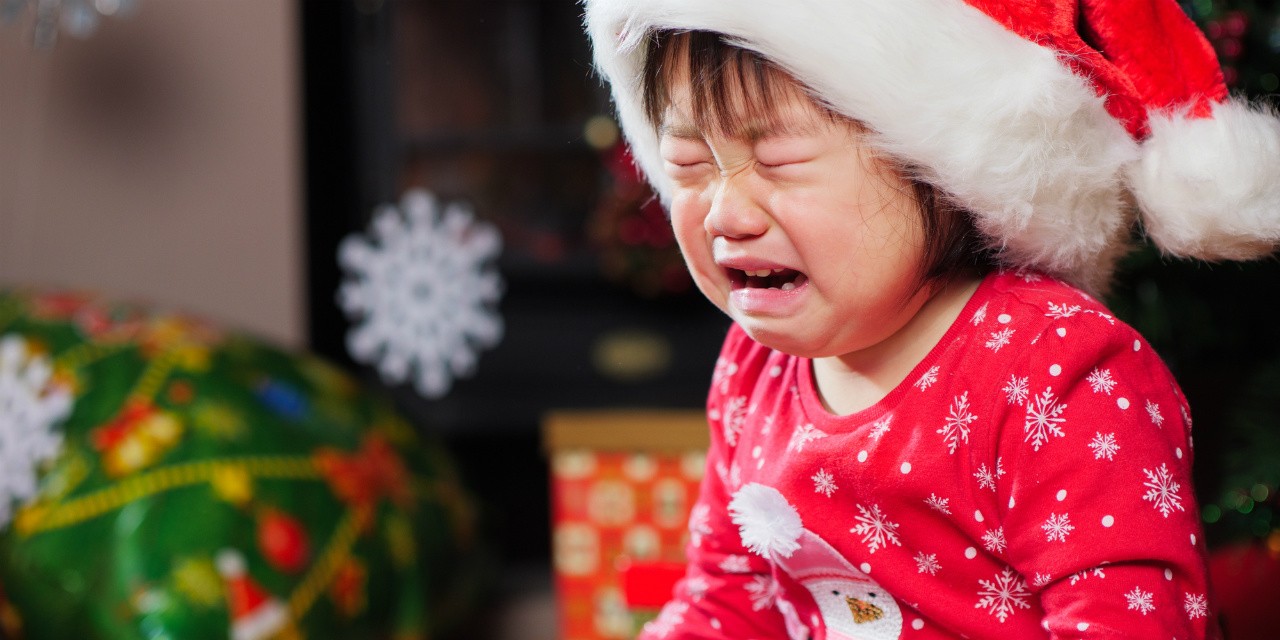 If the magic of Christmas morning comes to a screeching halt with the first tears of a gift-disappointment temper tantrum, an enthusiasm-deflating toy comparison or the dreaded present indifference paired with bad manners, take solace in knowing it’s not your child’s fault.

“Sometimes we forget children are embedded in different social systems, and one of these social systems they’re embedded within is a really high consumer society,” said Jacqueline Leighton, an educational psychology researcher at the University of Alberta. “All you have to do is turn on the TV or go on social media to see people—young and old—talk about themselves in terms of what they have and what they have acquired.

“We express some surprise that children model that behaviour, but it’s not surprising that Christmas is a time when children at a variety of ages think carefully about what they want and make social comparisons with their friends.”

And though the familiar refrain “kids today” is bound to be bandied about, the more truthful statement would be “kids of the past 70 years.”

Why traditions matter more than gifts

Prairie historian Natalie Kononenko says in all the interviews about Christmas she conducted with the children and grandchildren of Ukrainian immigrants who settled in the Canadian prairies in the first half of the 20th century, it was the traditions, not the gifts, that were remembered.

On Christmas Eve, for instance, as part of the Ukrainian tradition of spreading straw under the dinner table—a symbol of the infant Jesus’ first bed—respondents remembered digging in the straw bed looking for hidden candies and nuts. Others remembered throwing grain at the homes of loved ones for good luck.

“For this ‘service’ they got small coins, which they were allowed to keep and use to buy small treats,” she said.

Many of Kononenko’s respondents also talked about carolling in their teens and early 20s. For their efforts they might receive food gifts and alcohol, which in time became money that was ultimately destined for the church coffers.

“In short, people talked about activities, they talked about food—especially traditional food and traditional decorations—but not about gifts,” said Kononenko. “I think this teaches us what is important and lasting, and what shapes a person into what she or he becomes.”

Kononenko’s stories of restraint and occasion, which date back to the ’50s and ‘60s, weren’t the sole domain of Ukrainian settlers; most families at that time made do with less. But her research helps draw a line in the snow of when the last bastions of Christmas innocence began to fall.

The dawn of commercialism, according to retail and marketing expert Kyle Murray, came at the end of the Second World War, when the factories of the western military-industrial complex stopped making bullets and set their sights on consumer products.

Rising incomes set against an explosion in products and new technologies were met head-on by unprecedented mass marketing now making its way into every home thanks to new TVs and radios.

“This combination of products people wanted, media to tell people about those products and rising incomes all combined to create a lot of growth in personal consumerism,” said Murray.

How to give gifts of understanding

Leighton says one of the things parents can do to curb the ugly underbelly of gift receiving is to have conversations with our children about the real meaning of Christmas.

“Explain to them why it is we give gifts to each other—that the holidays are really about connections and community, and expressing to other people that we like them and value them.”

And as children get older and begin to make social comparisons, Leighton said, parents need to teach them that the monetary value of a gift doesn’t mean you’re loved more or less.

“Some people are going to be able to spend more money on something, but that doesn’t necessarily mean it is a more important way of responding to the holiday. Gift giving is really about the feelings, the thoughts and the kind things we do for each other.”

As an antidote for the gift-giving blues, Leighton suggested families should consider doing something at Christmas that is about helping others.

“Parents should begin to model actions that reflect the spirit of the holidays, that it isn’t about buying something for someone, but helping someone,” she said. “Our time is one of the most valuable gifts we can give people.”