A fragmented media landscape and consumers’ desire to buy items that represent their values has led to a shift away from the big brands, according to U of A expert. 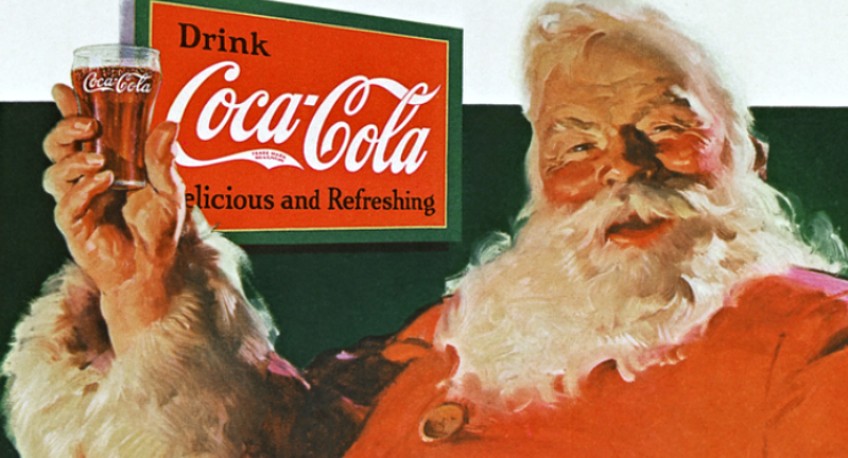 Artist Haddon Sundblom's conception of Santa Claus in this 1931 Coca-Cola ad that ran in the Saturday Evening Post has become the indelible image of the jolly old elf in the public imagination ever since. (Image: Miel Van Opstal via Flickr, CC BY 2.0)

While Coca-Cola didn’t invent Santa Claus as we know him today, it perfected the image.

In 1931, the global company pulled an on-brand red suit and hat over the perfect amount of heft one would expect in a jolly toymaker and created a Christmas monolith that has stood as the last word on the matter for almost 90 years.

“It’s amazing,” said John Pracejus, consumer researcher at the University of Alberta School of Business. “Within a couple of generations it was like Santa had never worn any colour other than Coca-Cola red.”

Ever since that campaign to get people to enjoy Coke in the slow winter months, marketers of the 20th century have turned Christmas into an economic Santa’s sleigh without equal.

Rudolf the Red-Nosed Reindeer couldn’t reverse the fortunes of Montgomery Ward, the long-defunct department store responsible for the 1939 story behind the most famous reindeer of all, but he’s a holiday mainstay, as is Frosty the Snowman and any number of holiday jingles.

“When all media was mass media, you could only really have mass brands,” said Pracejus. “And like a lot of things, branded products can facilitate the spread of certain holiday rituals.”

And though marketers have been the oral historians of Christmas throughout the 20th century, Pracejus said a fragmented media landscape and the rise of targeted social media campaigns is threatening the monopoly of mass brands.

“In the old days, everybody got the same ads, so almost by definition, everybody saw ads for, and bought Pepsi, Doritos and Pepperidge Farm Goldfish. Now, there is this new confluence of social media and the ability for direct-to-consumer e-commerce that allows for highly targeted brands.”

And while the really big ones like Coca-Cola and Budweiser aren’t going anywhere, Pracejus said there has been a distinct shift by the millennials away from the brands—from household cleaners to snack foods—their parents and grandparents used.

“The disconnect between the average pantry shelf of a millennial and their childhood pantry shelf is much greater than was the case for boomers and gen-Xers.”

This is due, explained Pracejus, to a hunger amongst consumers to buy things that are more authentic or that represent their ethical or environmental values.

“It seems silly at some level, but now you can have some sort of ethical, GMO-free, organic substitute for Goldfish crackers—people are kind of going for that now. But that fragmentation means that the totemic power of some brands may be diminishing.”