Why COVID-19 loneliness can be especially hard on teens 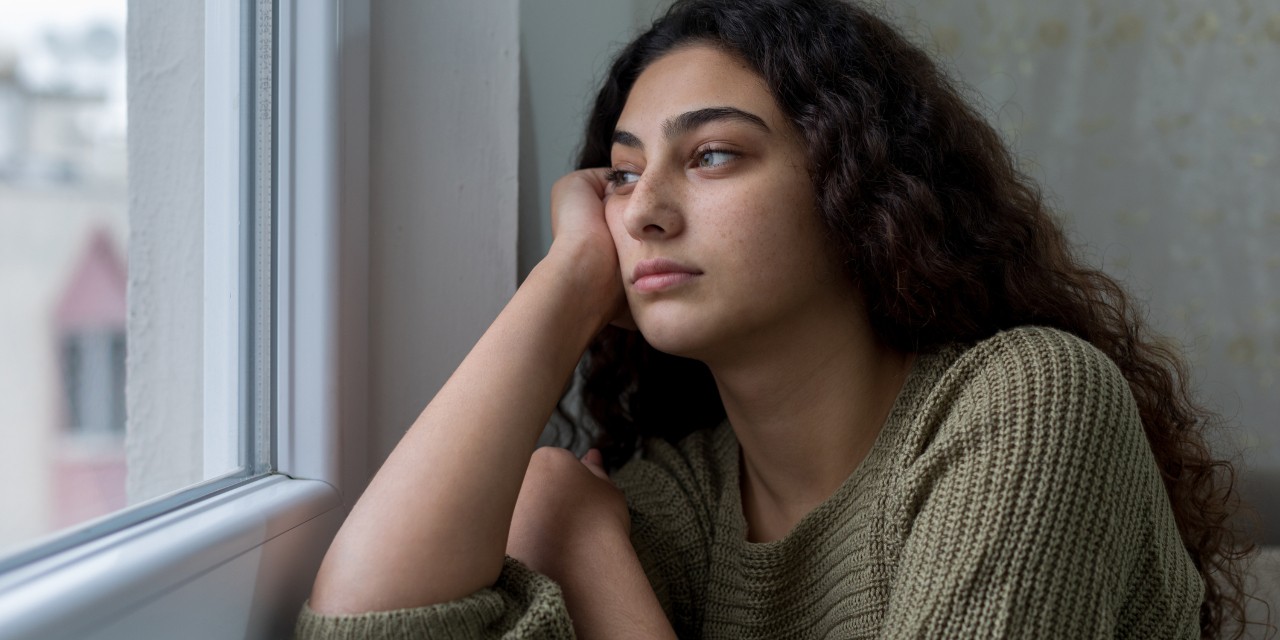 Social isolation, lack of structure and disrupted routines can worsen feelings of loneliness for some teenagers, say U of A experts. (Photo: Getty Images)

Even at the best of times, many young people don’t have a sympathetic listener to share their problems with, said the U of A professor of educational psychology. Being trapped at home can make a bad situation much worse.

The increased risk of physical and mental abuse in families confined together is one red flag she argues doesn’t get nearly enough attention in the media. But what also disturbs her is the lack of vital emotional support for many youth.

“What's really dangerous is there are some kids who, in the pangs of loneliness, might not imagine a world where they don't feel that way, or see the light at the end of the tunnel,” she said.

Leighton points to a survey released earlier this year by Youth Mental Health Canada revealing that among some 400 students, ranging in age from 10 to 20, almost 60 per cent said they had no one to turn to with an emotional or mental health problem. Listening to music was the most common strategy for coping with stress (59 per cent), followed by talking to a friend (40 per cent). Only about 27 per cent indicated being able to talk to a family member.

“Thirty-two per cent indicated they had considered attempting suicide in the previous four-week period, while three per cent had actually made an attempt,” wrote the authors of the report.

“Equally disturbing, half of all respondents aged 19 had considered an attempt.”

Loneliness was clearly taking its toll across generations long before the arrival of COVID-19. But COVID-19 “shelter in place” orders are not helping matters.

The British government appointed a minister for loneliness in 2018, and a 2015 Brigham Young University study found that loneliness can kill as surely as smoking 15 cigarettes a day and was associated with a range of health problems.

Most surprising was widespread evidence of loneliness among the young.

In one study, U of A occupational therapy researcher David McConnell found that the loneliness epidemic begins as early as childhood, playing a key role in the rise of social and emotional problems.

Seeing the world as a “more unsafe, threatening place,” lonely parents become overprotective, said McConnell, pulling their kids back from the “free and risky” outdoor play so important to early development.

That loneliness continues into adolescence, and technology is partly to blame, according to San Diego State psychology professor Jean Twenge.

In a 2017 article in The Atlantic called “Have Smartphones Destroyed a Generation?” she argued smartphones have radically altered the nature of social interactions, and consequently mental health.

“(Teenagers) are on their phone, in their room, alone and often distressed,” she wrote.

U of A sociologist Lisa Stroschein agrees a lack of person-to-person contact with peers may be seriously hampering teens’ social confidence.

“(Youth) are far more connected to people outside of Canada and their own local neighbourhoods, or virtually connected,” she said. “The downside is they're socially isolated in their local communities.”

“Peers give kids the opportunity to try out different ways of being or thinking with a new group of individuals they're not finding at home.”

“We have to get kids talking”

To get through this period of isolation, Leighton recommends above all that teens find a trusted confidant—which is not as easy as it might sound.

“Not all families are used to that, but based on everything we know about adolescent development, kids need to establish some kind of connection with a parent or friend—it could be an aunt or uncle—but you want to talk about your emotions and fears.

“Without that, it's very difficult to understand what's underlying the fear.”

In addition to social isolation, youth are struggling with a lack of structure and disruption of routine, said Leighton, which can also have negative impacts.

“This might be more important than just the limited social interaction—the sudden change in their lives,” she said.

“We know structure is very important to them, and parents schedule their kids into everything these days. Suddenly it stops, so you have the added variable of increased stress.”

That’s why Leighton was relieved to learn of the recent infusion of money from the federal government to the Kids Help Phone, which provides one-on-one support and information. This is especially critical during the pandemic.

“We have to get kids talking,” she said. “They need to know it’s natural to feel negative emotions.” They can then look for small ways to have more control over their environment, she added, because despair often comes from feeling out of control.

The good news is that adolescents are resilient. Most will quickly bounce back from isolation doldrums once restrictions are lifted, said Leighton, partly because they are used to being connected virtually.

“Remember, they're not in total isolation right now. They’re interacting with family, virtually with friends, when they go out to the store or even out for a walk.

“A lot of kids who grow up in rural areas might not have a lot of social interaction, but their development is just fine. Human beings are adaptable.”

Why COVID-19 loneliness can be especially hard on teens